A NEW online calculator can predict when anyone in Ireland is likely to receive their Covid-19 vaccine.

It takes into account a number of different variables, including your age, your occupation, your overall health as well as the Government's target of weekly vaccination numbers, to determine how long it will be before you get your jab.

It also works on the presumption that around 74% of the population will accept the vaccine, and takes into account how many doses of the vaccine Ireland will receive

But of course, as has been the case for the entirety of the pandemic, much of it is subject to change, depending on the nature of the crisis domestically. 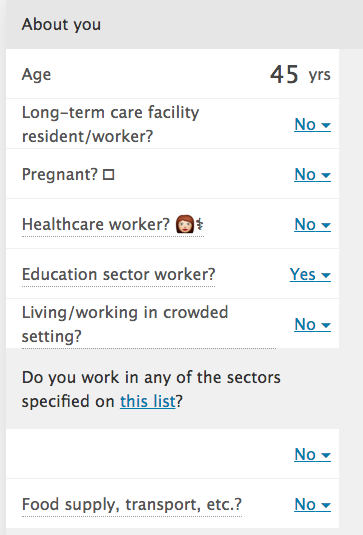 Those in nursing homes and frontline healthcare staff are being prioritised, as well as the elderly in general.

Health Minister Stephen Donnelly confirmed on Tuesday evening that almost 40,000 doses of the vaccine have been given thus far.

Tuesday also represented the arrival of the Moderna vaccine in Ireland, after it recieved approval from the European Medicines Agency (EMA) on January 6.

Before then, Ireland had exclusively been using doses of the Pfizer vaccine.

AstraZeneca's vaccine is expected to be added to the approval list before the end of the month.

Minister Donnelly also revealed this week that the government plans to administer 700,000 vaccines before the end of March, while the hope is that by September, 80% of the country will be vaccinated.

Covid-19 vaccine: What are the side effects and how serious are they?