Victim stabbed to death in possible Dundalk terror attack named as Japanese man, 24, who moved to Ireland a year ago

Yosuke Sasaki, 24, was found unresponsive after being stabbed in the back near his workplace in Dundalk, Co. Louth yesterday.

A MAN who died after being stabbed by a suspected terror suspect in Co. Louth on Wednesday has been named as Japanese national Yosuke Sasaki.

Mr Sasaki, 24, was killed and two others injured after an Egyptian national armed with two knives and a pole ambushed them in Dundalk between 9am and 9.40am yesterday morning.

The victim – originally from Ebina-Shi, Kanagawa – had been living in Ireland for a year and was walking into his workplace when he was brutally killed.

He moved to Dundalk in August and had been employed at National Pen in Xerox Technology Park since then.

His family in Japan have been informed of his death.

The two people left seriously injured in the incident were attacked with a knife and pole respectively.

Cian Murphy, aged in his early 20s, was stabbed in the back on Coes Road in the city at 9.32 am – around half an hour after the attack on Mr Sasaki at the Xerox Technology Park.

Eight minutes later, a third victim was struck in the head with a fencing pole at Seatown Place. 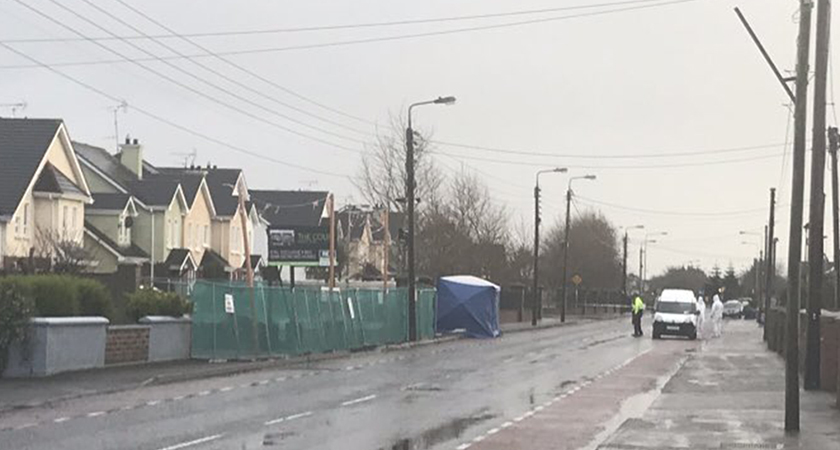 Mr Sasaki was stabbed shortly before 9am (Picture: Garda Info/Twitter)

According to the Dundalk Democrat, the Egyptian man arrested in the wake of the attacks is an 18-year-old who arrived in Dublin only a few days ago to seek asylum.

He had previously been rejected asylum status in the UK and came to Ireland via Scotland on January 1.

The paper also confirmed that the two injured victims were Irish citizens.

Two mobile devices found on the arrested man are being examined by Gardai to help establish a motive.

As of yesterday afternoon, detectives were refusing to rule out a terror link.

At a press briefing Dundalk Garda Station at 3pm on Wednesday, Chief Supt Mangan said the attacks are thought to have been “random” and “unprovoked”, but they are also investigating the possible terror motive.

Speaking in the wake of Mr Sasaki’s killing, a friend of the 24-year-old revealed she was in shock over his tragic death.

She said: "I can't believe this happened to him."