People dressed in historical costumes participate in the reopening of the Washington Monument on the National Mall on September 19, 2019 in Washington, DC. (Photo by Olivier Douliery / AFP) (Photo credit should read OLIVIER DOULIERY/AFP/Getty Images)

ONE OF America’s most iconic sights, the Washington Monument, has re-opened with a new plaque commemorating the 1916 Easter Rising.

The monument had been closed for much of the past three years, so that renovations could take place.

It has now reopened with the addition of, among other things, a plague commemorating the 1916 Easter Rising, which has been hung inside.

The US First Lady, Melania Trump, was present for the reopening ceremony.

She was joined by the Acting White House Chief of Staff, Mick Mulvaney, and several Irish officials who were present to view the 1916 Rising plaque.

The Minister of State, Kevin 'Boxer' Moran, and Fianna Fáil Senator Mark Daly, were there for the the unveiling of the plaque. 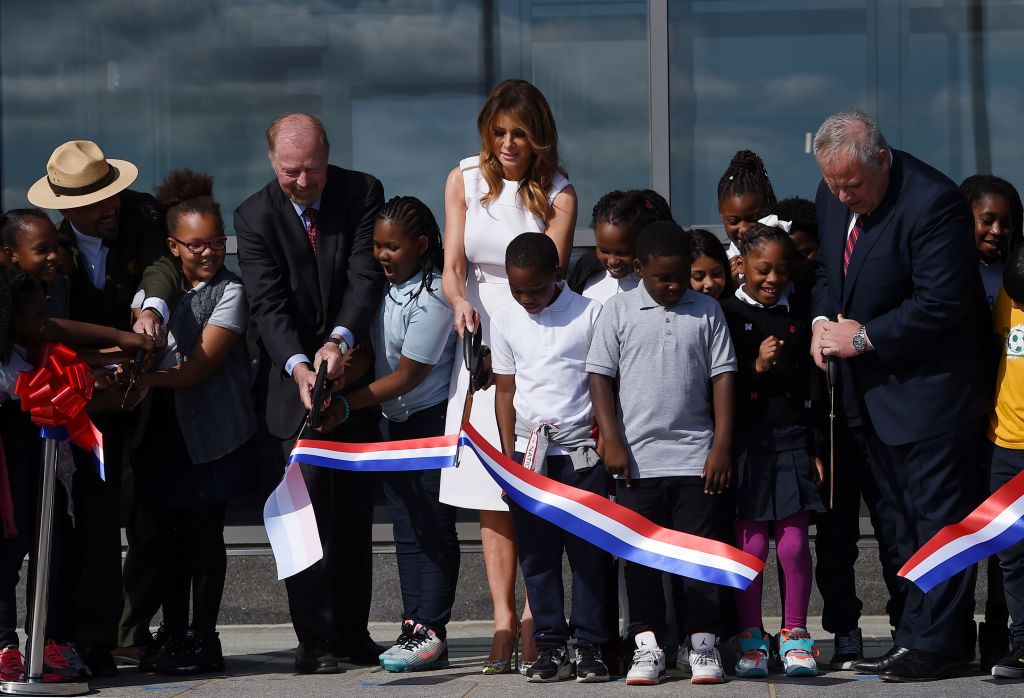 US First Lady Melania Trump participates in the ribbon cutting ceremony with 4th graders from Amidon-Bowen Elementary school during the reopening of the Washington Monument on the National Mallon September 19, 2019 in Washington, DC. (Photo by Olivier Douliery / AFP) (Photo credit should read OLIVIER DOULIERY/AFP/Getty Images)

"This is about the contribution Irish-Americans have made to this structure and to this nation," Mulvaney said.

"It's nice to know this plaque will be here along with all these other fantastic monuments."

The plaque features the wording of the 1916 Proclamation.

It was presented to the US National Park Service on behalf of the President and people of Ireland to mark the anniversary of the 1916 Rising.