The performance came on the first episode of the latest series of The Late Late Show ahead of what would have been the singer's 50th birthday on Monday.

It was watched by O'Riordan's mother Eileen and her former band mate Fergal Lawler.

"She did a lot and she left a great legacy behind."

Eileen also revealed she hasn't been able to cry about her daughter since her passing in January 2018.

"I can't cry after Dolores, I haven't cried yet," she said.

"In her last few years I suppose she was sick, maybe that's it, and I know she’s happy now." 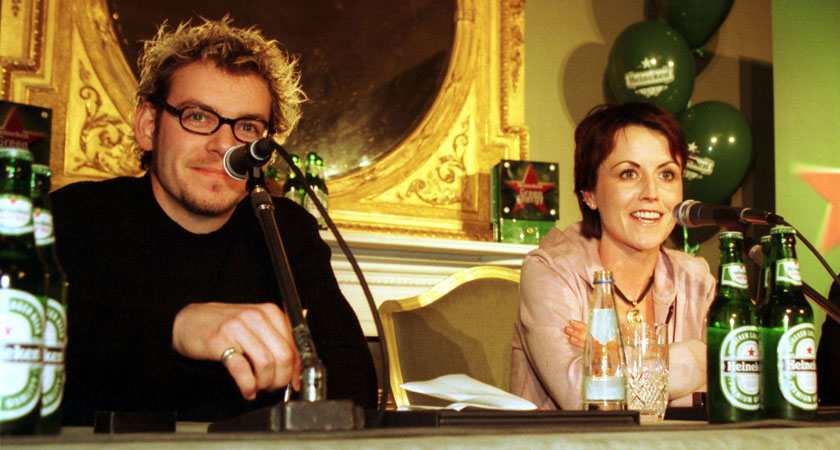 Fergal Lawler and Dolores O'Riordan at a Cranberries press conference in Dublin in 2000 (Image: Joe Dunne/RollingNews.ie)

Lawler added that he and his fellow band members had compiled a playlist of the band's songs that remind them of O'Riordan.

The playlist will form part of a live stream that will feature the members chatting about the songs as well as taking questions from fans.

It is set to broadcast on Monday, September 6 at 7pm on the band's Facebook page.

You can see the full Late Late Show performance and interview on RTÉ Player by clicking here.