HE'S already a hero in the ring – now eccentric boxer Tyson Fury has gone a step further by dressing as Batman for a press conference today.

The Irishman donned the cape and cowl for the event at the Hilton Hotel in Syon Park, London, ahead of his fight with Wladimir Klitschko in Dusseldorf on October 24, when he hopes to swap his utility belt for the Ukrainian's title belts.

Although he did eventually raise a smile and give the Dark Knight a round of applause, he was no doubt less impressed when Fury later halted the press conference to grapple with a man dressed as Batman's nemesis, The Joker — knocking over Klitschko’s title belts in the process. 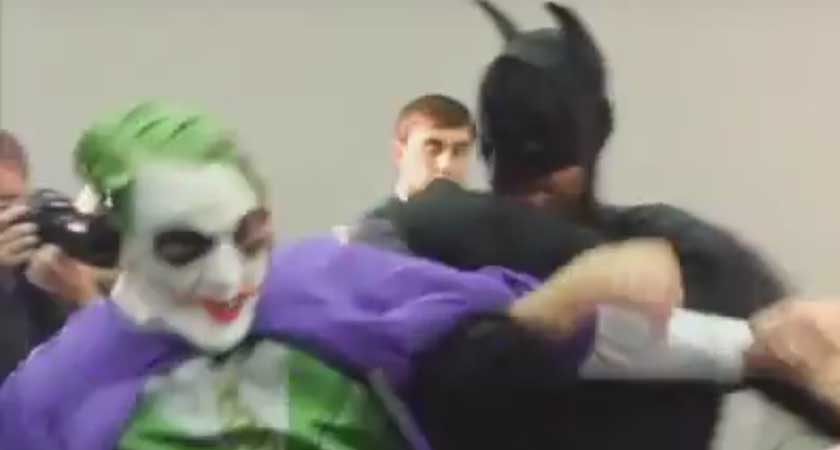 After bundling The Joker to the floor, Fury warned Klitschko: "Look at him — that's how you'll be looking when you face me… you old idiot, you old fool."

Fury will be hoping to have the last laugh when he faces Klitschko for the Ukrainian's WBA, WBO and IBF titles next month.