DREARY weather and an early morning motorway pile up may have caused the reduced numbers which attended yesterday’s Birmingham St Patrick’s Parade.

The popular event, which usually brings up to 90,000 people onto the streets of Digbeth – the Irish heart of the city – each year, saw just 60,000 revellers out to celebrate yesterday afternoon.

A combination of the poor weather and a two-car smash which took place on the M6 motorway just before 8am yesterday morning - causing hours of traffic jams for those making their way to the city from the surrounding areas - may have been to blame.

The accident, which was reported to the West Midlands Ambulance Service at around 7.50am, involved a woman in her 20s who was thrown through the windscreen by the impact the crash.

While her injuries are not life-threatening, the woman is being treated at Birmingham’s Queen Elizabeth Hospital.

The second driver, a man in his 30s, was treated for minor injuries at the Heartlands hospital, the WMAS confirmed.

Birmingham police closed the section of the M6 where the accident took place for four hours after the incident, causing many people to be delayed in reaching the St Patrick’s Parade.

Among them BBC West Midlands Radio presenter Bob Brolly, who hosts a live show from the parade every year, came close to missing the main event due to the traffic, as did Irish Post photographer Chris Egan, who said: “It seemed it was a pretty serious accident, which kept the road closed for hours. It delayed me from getting into Birmingham for over an hour, but luckily I didn't miss the parade.” 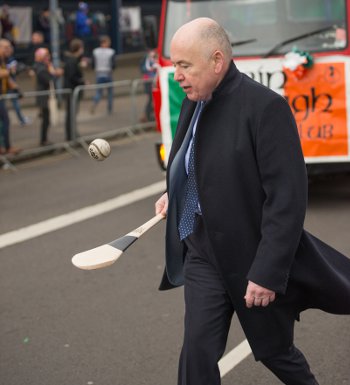 For the 60,000 who did make it to the city for the event there was plenty of colour, craic and celebration to cheer up a very chilly afternoon.

Lord Mayor of Birmingham Shafique Shah, whose grandmother was a Dubliner, took pride of place alongside St Patrick himself riding the open top bus along the parade route, flanked by scores of dancers, walkers and even a range of tractors who all took to the streets on the day.

Local MP Jack Dromey, whose roots lie in Co. Tipperary, was also among the parade ranks, traversing the well-trodden route from Camp Hill to Digbeth High Street with Dennis Neenan and the young hurlers from his Erin go Bragh club.

See the print edition of  The Irish Post this Wednesday (March 18) for our full spread of photos from all the Birmingham St Patrick's Parade and Festival celebrations!