A WOMAN discovered bound, gagged and stabbed to death in a north London home last week has been named locally as Irish mother-of-one Cathy Burke.

Ms Burke, 55, was found dead by police at a property in Muswell Hill on Thursday evening after neighbours raised concerns about her wellbeing.

The retired civil servant moved to London from Galway as a teenager and had lived in the Muswell Hill area for around 20 years.

Neighbours have paid tribute to the well-liked West of Ireland native, describing her as a “lovely person”.

Local resident James McDermott told BBC News last night that Ms Burke, who had been living alone since her son went to university, was a “real character" and “so funny”.

He said: "Everybody is in total shock and everyone is a bit nervous as well”.

Neighbour Adrienne Graney said she couldn't "believe this could happen around here – we're all shocked".

She added that Ms Burke had lived on the street for 14 years and would be "so sadly missed". 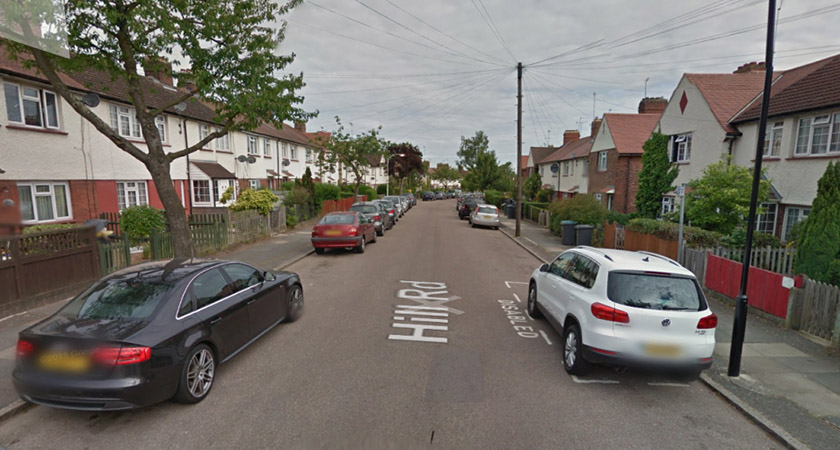 Ms Burke moved to Britain from Galway as a teenager and had lived on Hill Road, Muswell Hill for 14 years (Picture: Google Maps)

Neighbours put a ladder against the front wall of Ms Burke’s terraced home to see if she was inside before police arrived at the property on Thursday.

A post mortem has established a provisional cause of death from stabbing injuries.

Police launched a murder investigation at the weekend as forensic investigators continue to examine the home.

A spokesperson said: "A murder investigation has been launched following the suspicious death of a woman in Muswell Hill.

"At 7.03pm on Thursday, 16 November, police were called to concerns for the wellbeing of a resident at an address in Hill Road. Officers and London Ambulance Service attended.

“The body of a woman, believed to be in her 50s, was found inside the property.

"At this early stage, the death is being treated as suspicious.

"Officers from the Homicide and Major Crime Command are investigating.

No one has so far been arrested. Enquiries are continuing this week.