Samantha McDonnell left her victim with a broken nose and a bleed on the brain (Image: West Midlands Police)

A WOMAN who carried out a brutal attack on a pensioner has been jailed for more than seven years.

Samantha McDonnell left her 87-year-old victim with a broken nose and a bleed on the brain after attacking him in his flat.

After she was sentenced to seven-and-a-half years last month, her victim's family asked West Midlands Police to release an image of his injuries to show how severe McDonnell's attack was.

The attack occurred at the victim's supported living accommodation on Hasbury Road, Bartley Green, Birmingham, on March 4 this year.

McDonnell, 37, from Birmingham, broke into the pensioner's flat and demanded money before attacking him, knocking him to the floor.

She then unplugged the victim's phone to stop him calling for help. 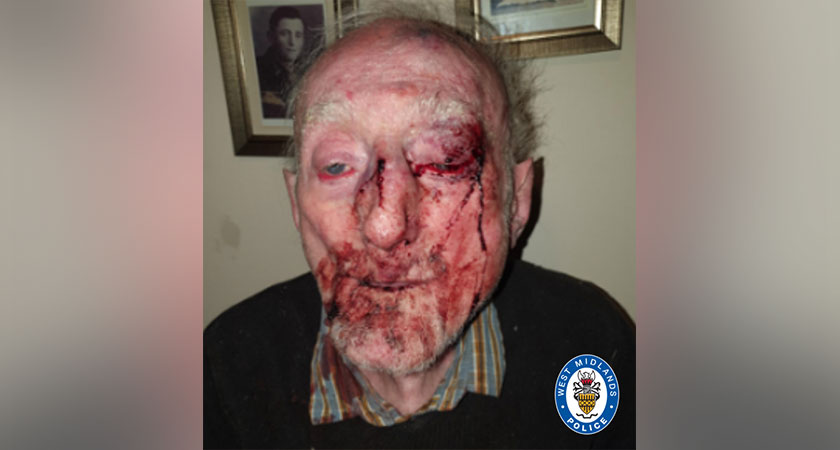 The pensioner's family asked police to release an image of his injuries to highlight the severity of the attack (Image: West Midlands Police)

The pensioner was later admitted to hospital where it was determined he had suffered severe injuries, including a broken nose and a bleed on the brain.

West Midlands Police said that while he has since been released from hospital, his life has sadly been changed forever and he has had to move to a new home due to not feeling safe.

The force added that its thoughts remain with the victim as he continues to recover from the horrible ordeal that was inflicted on him.

McDonnell, who had also stolen from another pensioner and a support work at the property, was arrested at her flat in Bartley Green the following day.

The stolen property was found in her flat, as well as the clothing she was wearing at the time of the offences.

DNA evidence linked McDonnell to the crime, while she was also filmed near the property by a support worker shortly after the incidents.

McDonnell, who admitted trying to use a stolen bank card, was later picked out on an ID parade by three different people.

The evidence against her was so great that in the end she had no choice but to plead guilty.

At Birmingham Crown Court on Thursday, April 28, McDonnell was sentenced to seven-and-a-half years in prison for theft, robbery and burglary.

She will have to serve at least two-thirds of her sentence before she can be considered for release.