A ZOO has gone viral online after being caught out attempting to pass off a donkey as a zebra by painting black stripes onto its body.

Student Mahmoud A. Sarhani highlighted the deception in a Facebook post that has since been shared by concerned animal lovers all over the world.

Sarhani was visiting the International Garden municipal park in Cairo earlier this month when he came across the bizarre exhibit.

On first glance, the animal appeared to fit the bill, but a closer look revealed several inconsistencies and a slap-dash paint job. 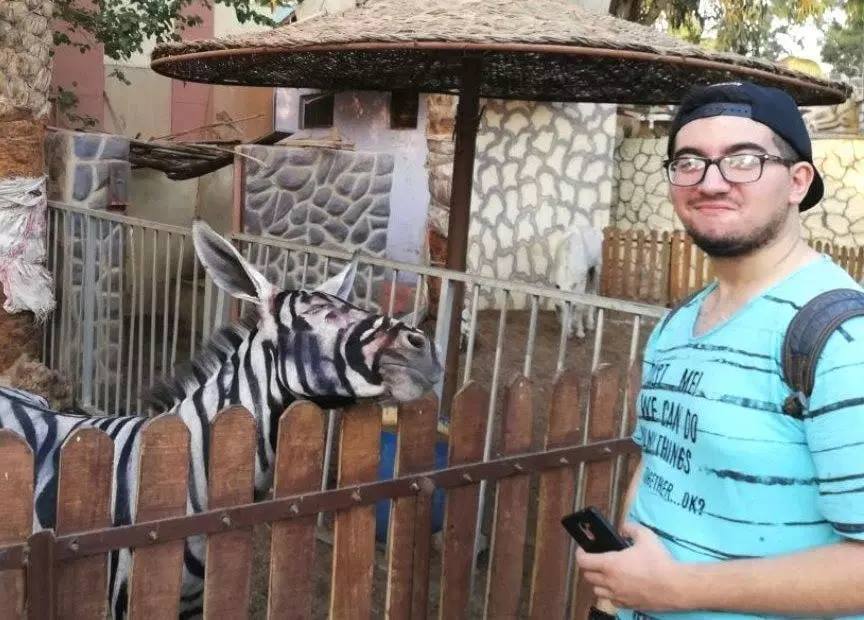 This particular 'zebra' for example, lacked the distinctive mane and long ears associated with the African animal.

A closer look confirmed these suspicions while highlighting the fact it was clearly a donkey that had been painted to appear as a zebra.

The incident has since been widely reported on back in Egypt, where several local vets have confirmed the animal in the pictures is, in fact, a donkey. 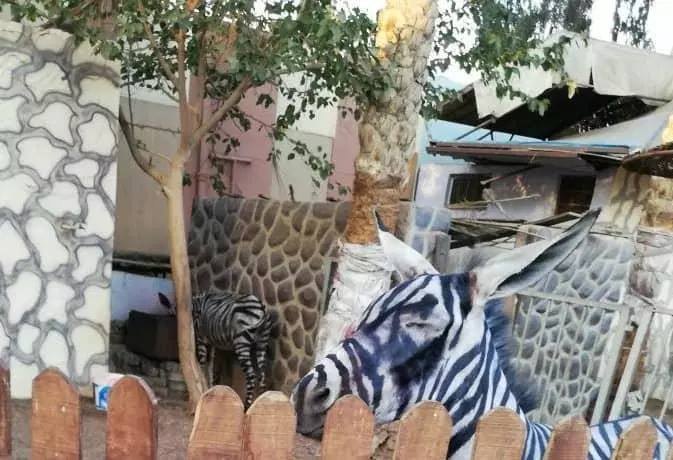 Despite this, International Gardens park's director Mohamed Sultan has rebuffed any suggestion the animal is anything other than a zebra.

The concern now is that the paints may be causing pain and irritation to the donkey's skin and mucous membranes, though the type of paint used has yet to be specified.