GARDAÍ IN Laois have proven they truly give a hoot about Ireland's wildlife as they rescued an injured owl from the M7 motorway.

The rare barn owl was discovered on Wednesday morning by members of the Laois Roads Policing Unit, lying on the M7 motorway, and was in a 'very weak condition'.

Quick-thinking Gardaí immediately contacted the Laois Barn Owl project, who quickly arrived on the scene to take the beautiful creature to safety.

The owl was taken for emergency medical treatment, and while it was in poor condition it is hoped the rare bird will make a full recovery. 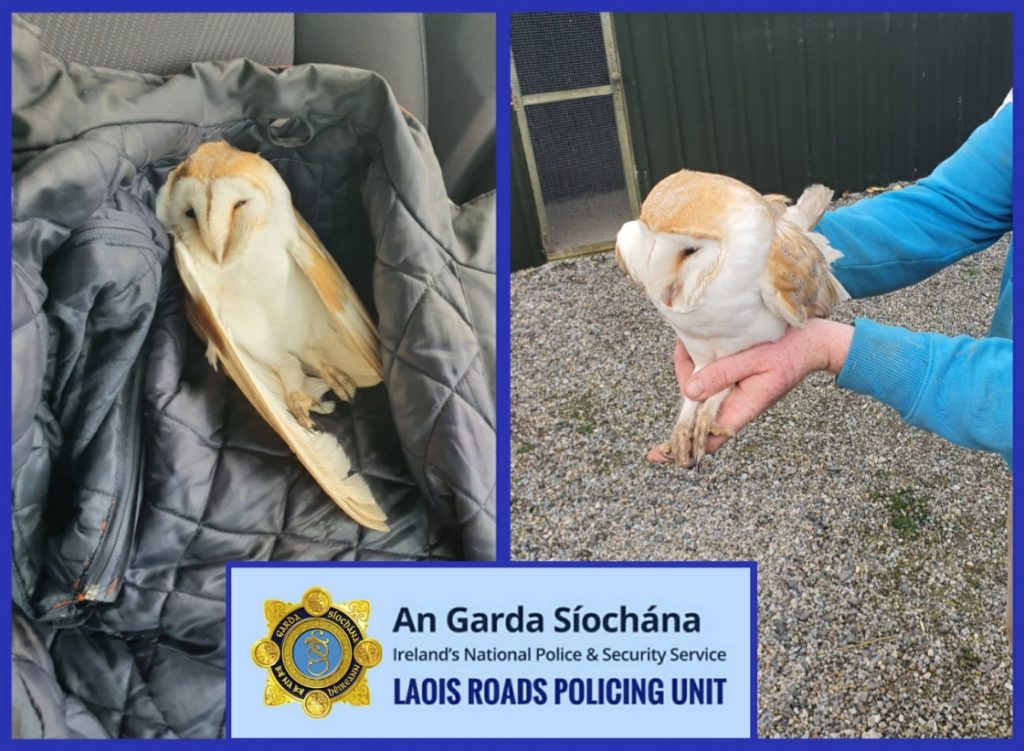 The rescue garnered huge praise from followers of the Garda Síochána Laois Offaly Facebook page, with many thanking them for caring about Ireland's wildlife.

"Well done lads," another wrote. "Lots of people wouldn't give a hoot!"

Barn owls, known for their ghost-like appearance as they soar silently through the night skies, are exceedingly rare in Ireland, with their population in continuous decline.

Bird Watch Ireland describe their status in Ireland as 'scarce', and the red-listed species no longer breed in large patches of northern, western and eastern Ireland, which is one reason the Garda's rescue is so important.

Any sightings of barn owls should be reported to Bird Watch Ireland via their website here.

President of Ireland's attention-seeking puppy appears on news in UK, US, Australia and more