ONE OF Ireland's most popular wildlife parks has welcomed two adorable new additions to the family.

Two ridiculously cute baby Black and White Ruffed lemurs have been welcomed to the lemur pack at Cork's Fota Wildlife Park, thanks to mother Cloud and father Paraic.

The 18-year-old mother gave birth to the two new critters on 6 June after a gestation period of 102 days, the popular wildlife park confirmed this morning.

The black and white ruffed lemur, also known as Varecia variegeta, are native to the tropics of the island of Madagascar-- you might have seen them dance to I Like To Move It in the 2005 Dreamworks movie!

And while the animated lemurs in the movie captured hearts for their cuteness, the real-life ones are somehow even more adorable: just check out these pictures the wildlife park shared. 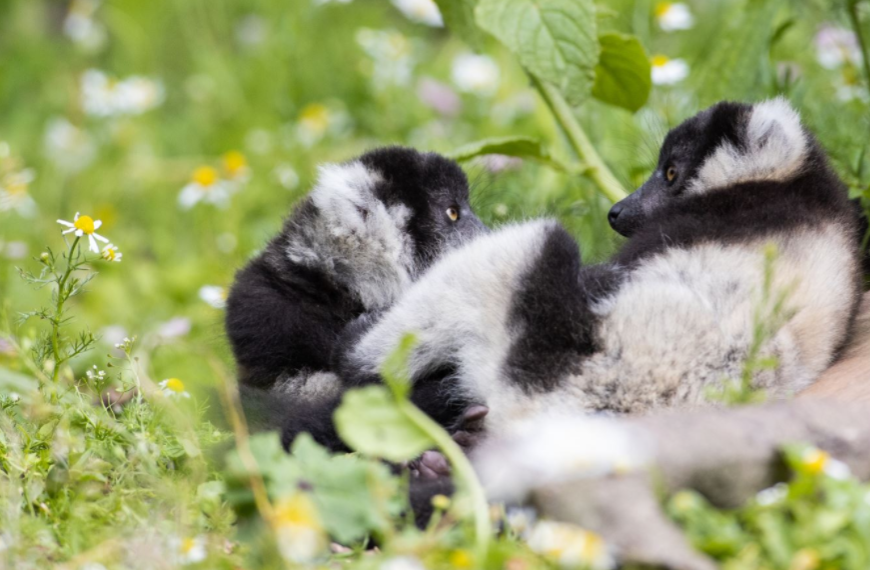 Fota is a huge contributor to animal conservation, and the two new arrivals is a massive boost-- sadly, the species is critically endangered and there are believed to be less than 250 black and white ruffed lemurs remaining in the wild today.

“We are delighted to announce two new Black and white ruffed lemur babies, and they seem to get on great with their twin brothers who love playing with them.

"At first Cloud was very protective of the new babies, moving them from one nesting area to another as she would do in the wild but in recent weeks they are getting much more active and are beginning to climb trees and jump about by themselves, in fact when the Rangers go across the lake to their island to feed them twice a day, the babies are sometimes discovered sitting in their food dishes which is really cute. 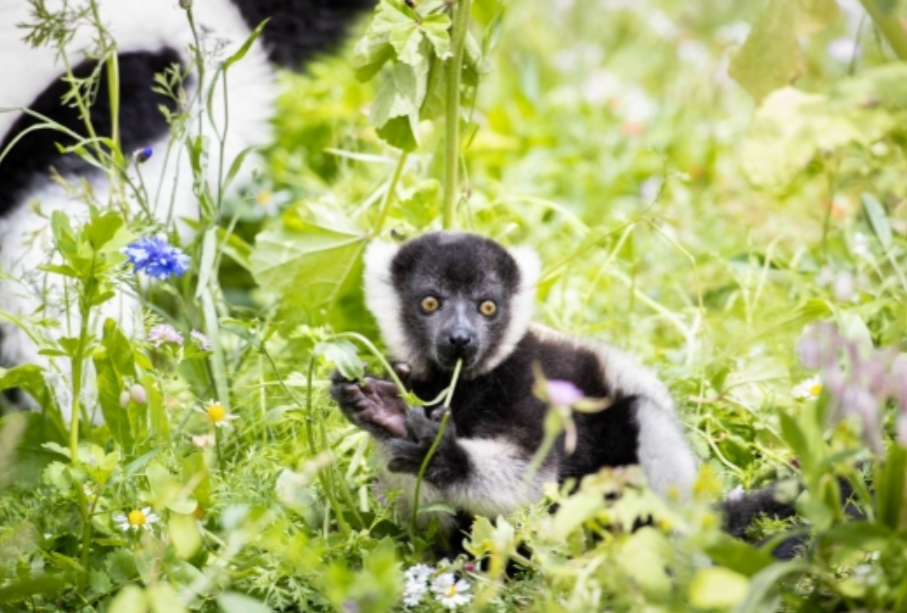 "We have also noticed that dad Paraic has been helping Cloud with babysitting duties, standing guard over the twins while she gets something to eat giving her a well-earned break."

The park won't be able to tell for a little white yet whether the babies are male or female, but once they figure it out there could be a competition to name the new arrivals.