Haunted Ireland: Ballybunion, the beach town with a dark past

WHEN I was growing up, we’d often take trips to Ballybunion Beach in County Kerry, and as we walked along the cliffs we’d beg our dad to tell the tale of the Nine Daughter’s Hole. He would always oblige-- and we were always left terrified.

Also known as The Cave of the Nine Daughters, the story starts fadó fadó, when Ireland was being subjected to Viking attacks over a millennium ago.

A Gaelic Chieftain by the name of O'Connor, based in the beach town of Ballybunion, had seen his army crumble under the strength of the Vikings, and panicked as he realised there was no stopping them—the area would be taken and the people would be at their mercy.

The Chieftain was the father of nine beautiful daughters, and some versions of the story tell that his wife had already been abducted by the invaders. Not wanting his daughters to suffer the same fate, he brought them up, one by one, to the wild and windy cliffs which towered above the sea.

Once there, the Chieftain walked with his daughters to where a massive hole in the ground had opened up. The 100-foot drop led to the thrashing, frothy sea below.

And he pushed his daughters in. 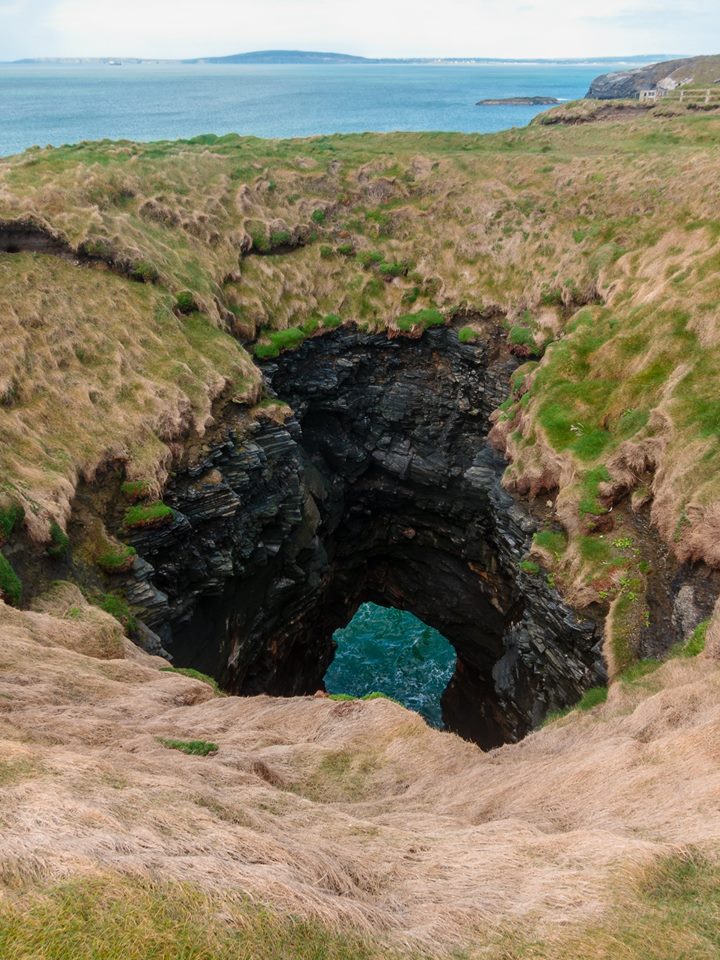 These days, Ballybunion in the summertime is a thriving tourist hub perfectly situated on the Wild Atlantic Way. The cliffs are a popular walking spot, and the Nine Daughters’ Hole is still there, now fenced off to prevent others from sharing their fate.

With the wind howling constantly through the gap in the cliffs, along with screaming gulls and crashing waves, people often say that if you listen carefully enough, you can still hear the shrieks of the nine sisters echoing from centuries past.

Do you believe? Would you tempt fate and stand at the edge?

You just might feel the ghostly hand of the Chieftain, forcing you to join his daughters in their watery grave.