TEAM Ireland are continuing their impressive run at the Special Olympics World Games, increasing their medal haul to 22.

In addition, a huge number of personal bests were recorded by Team Ireland.

Rachel Ryan, 26, from Tipperary was delighted with her winning performance in the 400 metres at the Loker Stadium, Los Angeles.

She also posted a personal best time in the race.

“I’m very happy and excited, I didn’t think I was going to come first but I guess when you don’t think a thing it ends up happening. So I’m very excited," she said. 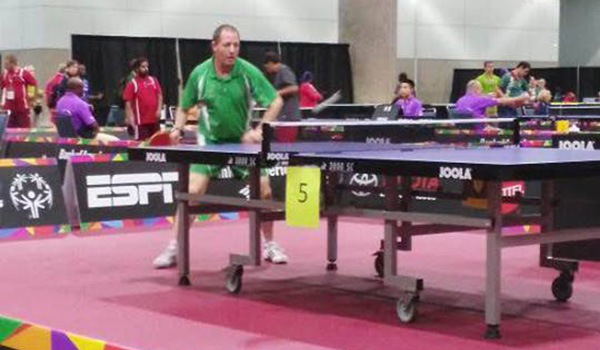 Team Ireland performed even better at the Equestrian Centre, where they clinched four medals.

Dearbhail Savage, 15, from Co Armagh won gold in her event, whilst 37-year-old Elizabeth Mair from Dublin also put on a winning performance.

Another two medals came from Thomas Connolly, 38, from Co Sligo who picked up silver, and John Deevy, 38, from Co Waterford claimed bronze.

The final medal of the day was won by Frances Power, 52, from Co Meath in the singles section of the Table Tennis event with a fine performance.

The World Games run until August 2.