WHEN Team Ireland touch down in Dublin today, they will do so with an extraordinary 86 medal haul from the Special Olympics World Games.

A total of 88 Irish athletes competed in 13 different sports at the Games in Los Angeles over a two-week period, and the medals were still arriving on the final day.

As the Games drew to a close, Team Ireland won 26 gold, 29 silver and 31 bronze medals, with 16 of these arriving on the final day of competition.

Equestrian athlete, Déarbáil Savage, 15, from Co Armagh, claimed a gold medal in Team Relay, her third of the week, following an earlier gold and silver medal.

Basketball coach Vicki Ronning said: “I am immensely proud of the girls and all the hard work they put in over the last nine months. Despite the strong competition they proved themselves to be the best.”

In football, Ireland’s 11-a-side team delivered a strong performance to beat Iceland 5-4 on penalties at the Drake Stadium in UCLA and head home with a bronze medal. 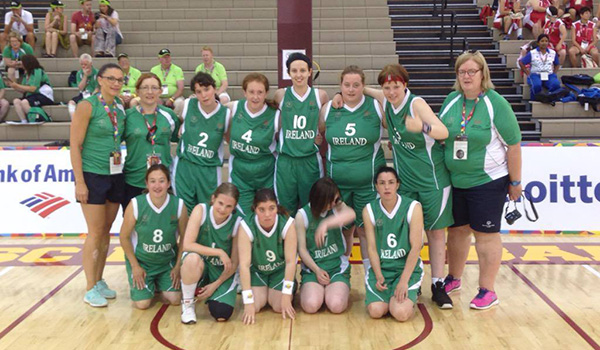 There was further success in badminton, where mixed doubles partners Amy Quinn, 30, from Co Wicklow and Brian Hooper, 33, from Co Wexford secured gold.

The closing ceremony of the 2015 Games was celebrated at the Los Angeles Memorial Coliseum, where thousands of athletes from 16 countries were applauded for their efforts.