SUNDERLAND'S AIDEN McGeady believes that ex-boss Roy Keane's potential return to the club he left in 2008 would provide the Black Cats with a ‘big boost’.

Keane led Sunderland to the promised land in 2006, and gave the Black cats an incredible season only losing their first four matches

Keane's name has started to surface in the media about taking the role full time after Lee Johnson was sacked this week.

McGeady worked with Keane previously for Ireland and Sunderland and said that the Corkman's arrival would give the club a huge boost to his teammates and himself. 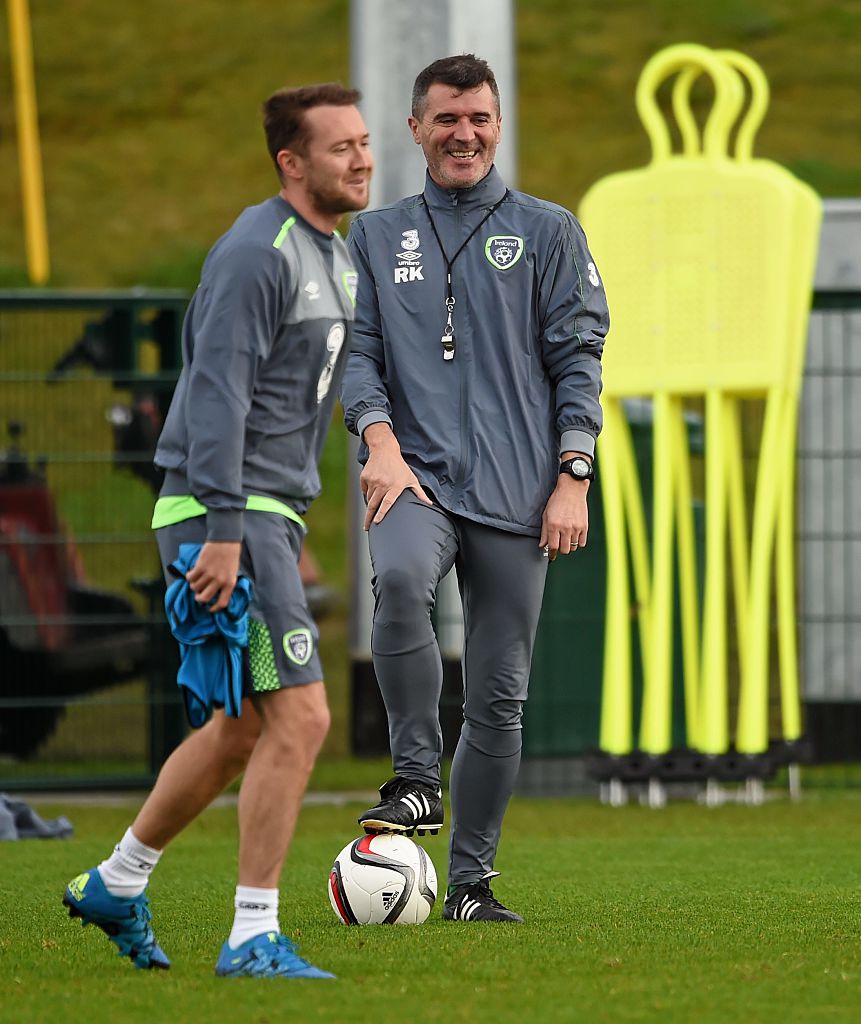 “I’ve seen the rumors of Roy Keane being interviewed for the job,”  “I have known him a long time, played with him at Celtic and he was my coach at Ireland the last five or six years under Martin O’Neill, when he was number two.

“I know him well and know he has a lot of fans and is still held in high regard by the fans here.

“It is not my job to comment on the speculation, whether he is the right man for the job or not, that is down to the hierarchy and the board at the club. But if he were to get the job, it would give the fans a big boost, similar to the signing of Jermain.

“That was a massive coup by the club. He still knows where the goal is, you see the lift the whole club got from him coming in, even just around the place the last couple of days.”

One man who doesn't agree is former player Gabby Agbonlahor. Keane was Paul Lambert’s assistant at Aston Villa and Agbonlahor didn't like Keane's stern methods. He believes that Sunderland would be making a mistake if they're-hired him.

"If I’m a Sunderland owner I would be thinking twice. He might go in there and make them even worse.

“If you are a player now, especially a young player, you give the ball away in training and some of them need an arm around them. Roy is the sort of player who will say ‘you are rubbish, get out of here’.

“He doesn’t speak to players in the right way. Yes, one of the best midfielders in the Premier League but that doesn’t make you a good coach or manager.”

❌ “Roy Keane didn’t speak to players in the right way, it was very disrespectful!”

🔥 “Once at #AVFC, I said to Roy - ‘I’m not talking to you, I’m talking to the manager!’”@Ga11Agbon reveals the arguments he faced with Roy Keane at Villa 🤯 pic.twitter.com/dMxno72LMa