SUBSTITUTE Sean Nolan nearly levelled for London late on as they provided a gutsy performance away to Limerick in the second round of the National League.

London were looking for a response after last week’s defeat to Sligo and settled into the game quicker than their hosts.

Limerick struggled to adapt to the swirling wind and their efforts on goal were not helped by the solid London defence who looked cool and composed the majority of the time.

Scores from James Hynes, a Tommy Clarke free and London-born Sean Hickey had the Thamesiders leading by three and well on top after ten minutes. 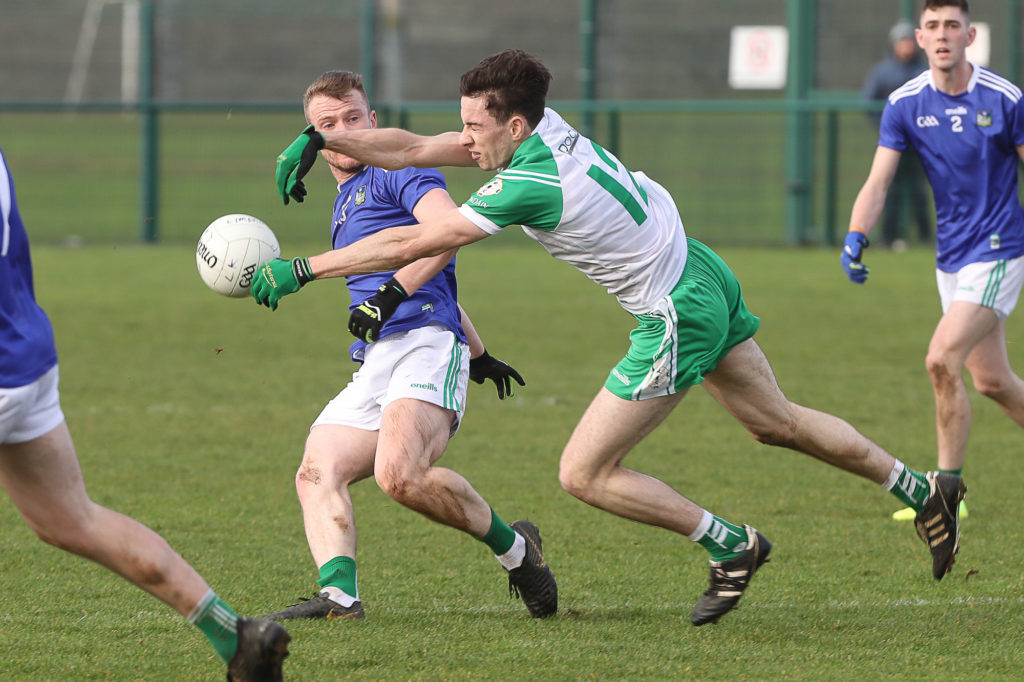 After a number of wides the Limerick account was up and running at last when Pádraig de Brún kicked from distance.

Goalkeeper Donal O'Sullivan came up to equalise off a free and a '45'. Momentum had started to swing the Treaty’s way and Jamie Lee's free put Limerick 0-4 to 0-3 ahead at the break.

The Exiles fought back in the early part of the second period and were all square when London keeper Noel Maher sent over his sweetly struck '45.

But Jamie Lee's free and points from Séamus O'Carroll and Danny Neville in open play put distance between the sides.

London were not done and captain Liam Gavaghan helped his side with an expert free to drag them back in to the contest.

London should have seen the green flag raised when the kick out straight after this point got caught in the wind but Sean Hickey's shot blazed wide of the goal by inches to the agony of the travelling London support.

In the closing minutes, Sean Nolan brought the gap back to one, Lee replied with a free and, after Kevin Rafferty pointed from distance, London saw their opportunity as Limerick looked rattled and covered their backline.

Nolan won a mark and went for the posts as London scrapped for their first points in the league. Frustratingly his effort drifted wide and London must now regroup to face Antrim at home this Sunday.