BELFAST’S only professional female boxer has been forced to rethink her tile ambitions followed her first defeat in Sheffield.

Coming up against the 26-year-old Gabriella Mezei this month, Cathy McAleer was rocked by an early round shot which she simply did not manage to come back from.

It was clear that the much more experienced Mezei had a style and pace that McAleer struggled to adapt to. 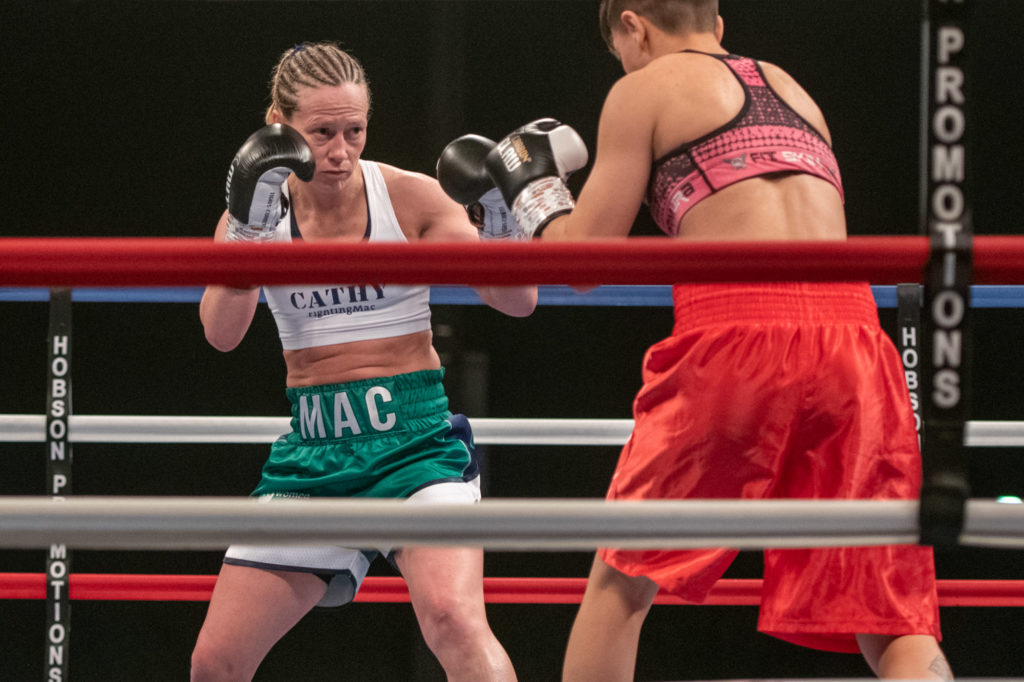 Going into the ring undefeated, with four wins under her belt, McAleer's manager Kellie Maloney had been hyping a potential title fight for the Belfast boxer by the end of 2021.

Mezei, on the other hand, had 39 fights under her belt, winning 10, drawing five and loosing 24, many of which were very closely fought.

The fight itself was matched by Team Maloney, with many suggesting McAleer should have had a bit more experience and a couple of more wins before taking on such as experienced fighter. 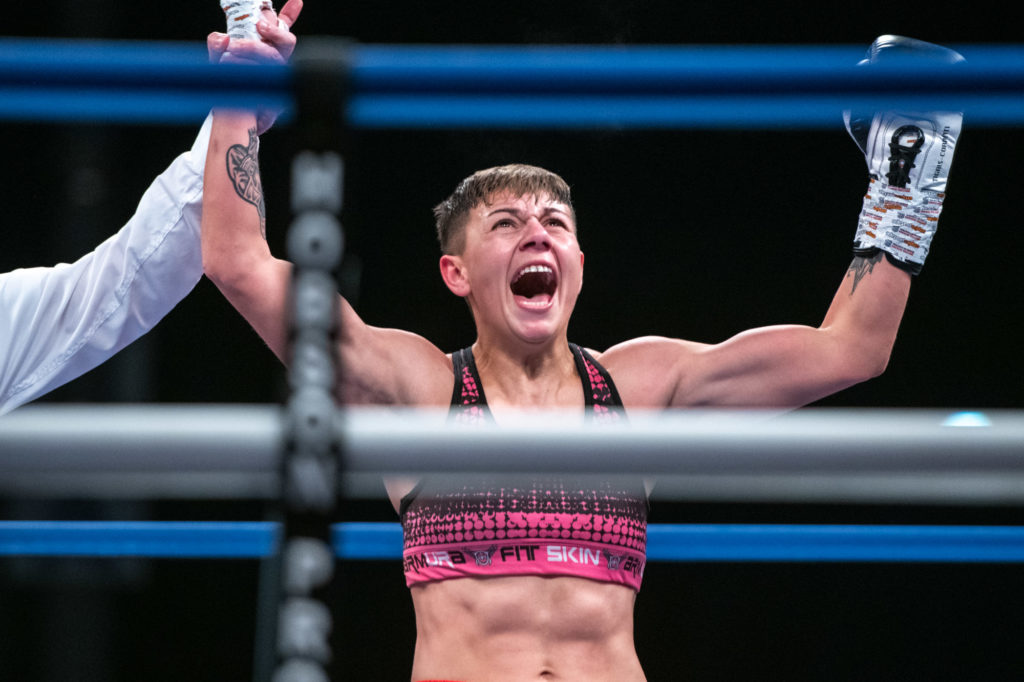 Victory for Mezei against McAleer in Sheffield (Pics: Chris Egan)

With the unexpected defeat at the UK's first drive-in boxing bout, it is back to the drawing board and training gym for Team Maloney and McAleer.

McAleer was on the bill headlined by Tommy Frank v Rosendo Hugo Guarneros, who were fighting for the vacant International Boxing federation, inter-continental Flyweight Title. 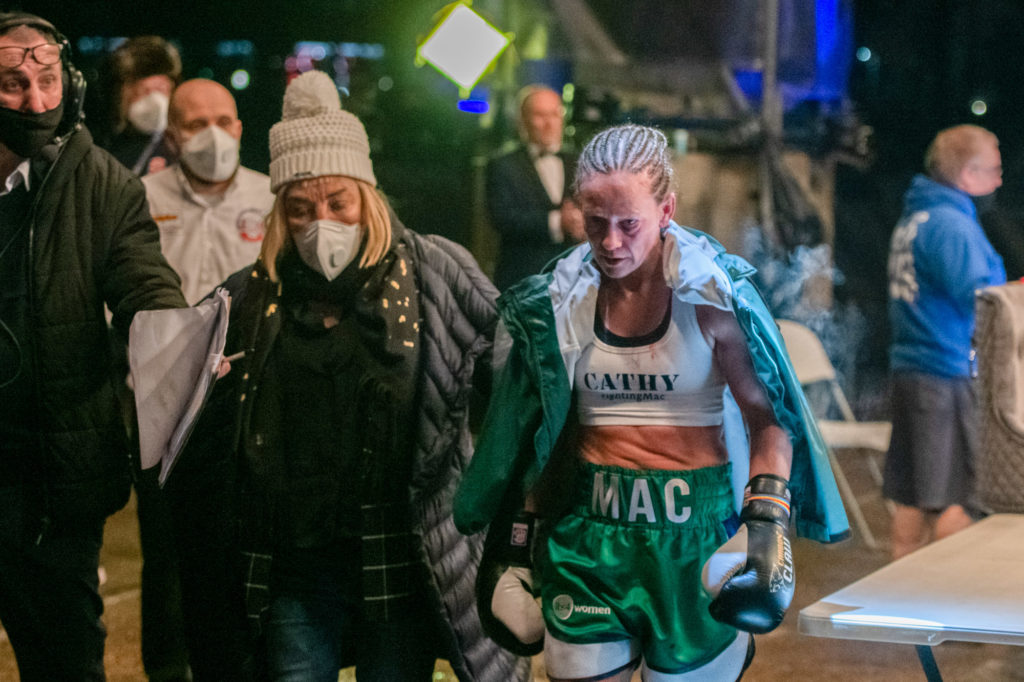 That title ultimately went to Guarneros, after Frank suffered a third-round injury to his shoulder which saw his coach Glyn Rhodes pull him from the fight in the eighth round.

The fight night in Sheffield, promoted by Dennis Hobson, drew a crowd of 500 spectators, who watched the match live from their cars.

Strict Covid-19 protocols were in place, including a track and trace facility, with all those in attendance having to provide contact details.