A NEW Ladies’ Britain Provincial National League has been set up and will commence on February 20 when London take on Scotland in Edinburgh and Warwickshire play Glo-Herts in Coventry.

The official launch date for the new tournament, which is sponsored by GGH Hire Ltd, has been pencilled in for February 27 at St Finbarrs GAA Sports & Social Club in Coventry, when Scotland will travel down to take on Glo-Herts after Warwickshire have opened against Lancashire.

The final will be played on April 30 with all fixtures and dates already in place following the Britain Ladies Provincial Board convention earlier this month.

“When it was put to them, the counties were all very much in favour of it, everyone’s really excited about it,” said Tommy Donohue, President of Britain Ladies Provincial Board. “It’s a new era because nothing like this has ever been set up before.

“The reason I set this up was because, for many years, London and other counties have been trying to go over to Ireland with virtually no games beforehand, so we’ve organised a league to prepare our counties over here.

“The winners and the runners-up of the Provincial championships here go into the All-Ireland Junior Championship, but at least this way they can go into the summer with proper games under their belts so that they’re not going in having played very few.” 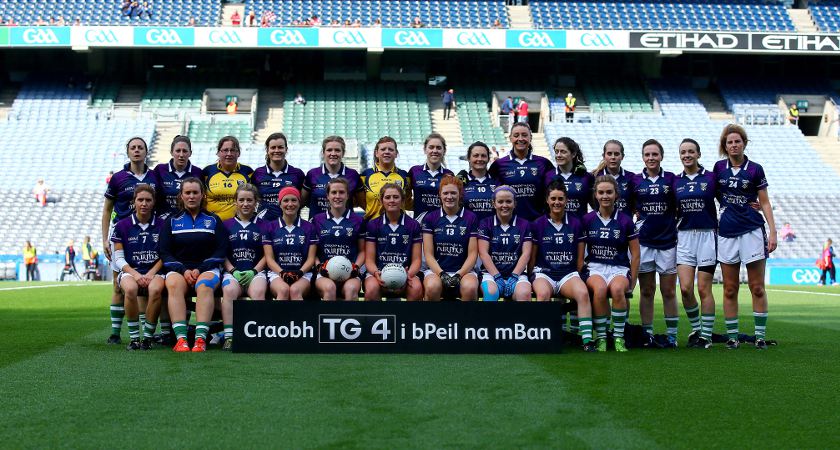 The Scotland Ladies panel from the 2015 campaign [Picture: Inpho]
In order to involve Scotland, they will only be required to play one game outside of Edinburgh – the trip to Coventry for the launch on February 27. All other games will be played in Coventry, between Glo-Herts, Warwickshire, London and Lancashire.

“We have a launch on the 27th in Coventry with all the captains, managers and sponsors, celebrating the fact that we’ve got this league,” added Mr Donohue.

“There’ll be food and drink put on for everyone who comes along. I’d like to thank GGH Hire Ltd for their kind sponsorship of all our competitions, not just this league; it’s been a great help.”

Should the tournament – which is the first of its kind – prove a success, Mr Donohue hopes it can grow to incorporate home and away fixtures for all sides, but is taking things one step at a time.

He said: “It’s really exploding for us at the minute. Hopefully, by next year, we will have it at a stage whereby we can start in January and have it home and away with eight games, semi-finals and a final.

“That’s maybe an idea for the future, but it is the aim eventually, so that they can get a good solid league going and hopefully the counties will start to pick up more sponsorship from it too. It’s going to be a massive help for the development of the game around Britain, and that’s what it’s all about.”

Meanwhile, Lidl Ireland have celebrated a new three-year commercial partnership with the Ladies Gaelic Football Association with a hard-hitting television advert, which you can watch below.

‘What the hell is this sport?’ – British people react with confusion and anger to Mayo v Dublin All-Ireland final