WHEN Sky first broadcast hurling last September, the reaction from British viewers to the clash of the ash ranged from confusion to awe.

Now British comedian Chris Addison of Mock the Week fame has caught a glimpse of the sport — widely considered to be the fastest field sport in the world — and he’s stunned there’s anyone left on the Emerald Isle.

Saw some Hurling on TV last night so I'd just like to say congratulations, Ireland, on any of you being left alive.

We presume Chris was watching Wednesday’s GAA Championship Review on Sky Sports, in which case he was likely impressed by Galway’s thumping 5-19 to 1-18 victory over Dublin and Waterford’s 3-19 to 1-21 defeat of Cork. 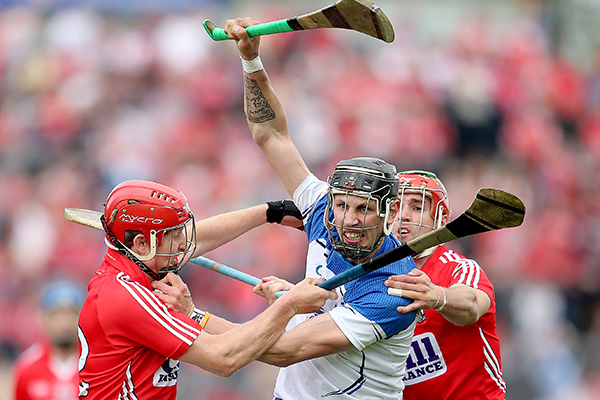 There were no fatalities when Waterford beat Cork at the weekend

We can confirm for Chris that the population of Ireland is safe from hurling related deaths for now.

Perhaps if he wants to learn more about hurling he could ask Mock the Week pal Dara O Briain.

Then again Dara’s from Wicklow, so maybe not…