SATURDAY AFTERNOON at the Aviva Stadium in Dublin promises to be a mouthwatering affair for rugby fans as Ireland take on New Zealand. Ireland beat Japan 60-5 last week and will be cautiously optimistic about their chances against The All Blacks.

The All Blacks beat Wales 54-16 in typical circumstances recently and seem to be purring, is that a surprise.

The Irish have beaten the All Blacks twice in their history, once in Chicago in 2016 and the other in 2018 in the Aviva.

Let's remind you of those glorious moments. 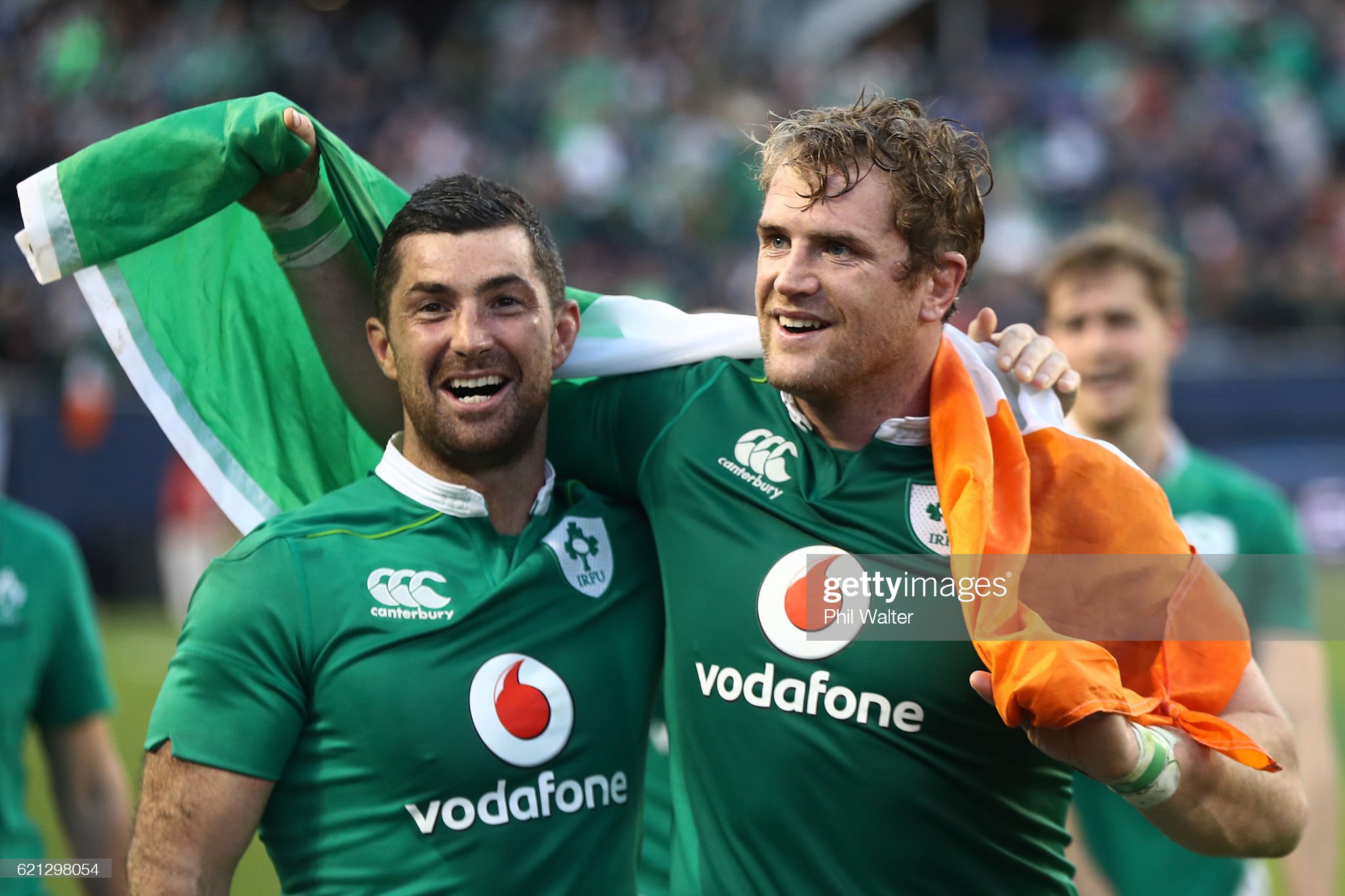 Ireland entered Soldier Field in Chicago with a sea of green to a capacity of 63,300, three days after the Chicago Cubs ended a 108-year drought to land baseball's World Series.

Ireland's try scorers were Jordi Murphy, CJ Stander, Conor Murray, Simon Zebo and Henshaw. They led 30-8 in 46 minutes before New Zealand fired back into the contest.

Ireland won 40-29 in a dominant performance outscoring the back-to-back world champions. This ended the All Blacks world record 18-match sequence of test wins.

The game is remembered not only for the win, but also for minute’s applause in memory of Anthony Foley and then the New Zealand anthem, the haka to which Ireland’s players lined up in the figure of eight as a further tribute to the 62-times capped former Irish number eight, Foley's number.

Ireland made history beating the All Blacks for the first time in 111 years in 29th attempts and it wouldn't be the last.

Ireland beat the All Blacks in the Aviva

Ireland would repeat the exploits in Chicago in Ireland when the All Blacks returned for some more action. The All Blacks had beaten the Irish the week after in the Aviva after the Chicago afair and this would be the first meeting after.

Joe Schmidt's men put in an incredible performance to beat the number one ranked team at a sold-out Aviva Stadium.

Jacob Stockdale's second-half try proved to be the difference between the two sides, despite a late flurry of nerve-wracking pressure from the All Blacks.

Stockdale crossed the try line early in the second half to give Ireland a 16-6 lead after Johnny Sexton's conversion. Beauden Barrett brang the Kiwi's within seven points following a cleanly struck penalty, but Ireland held on in front of an inspirational crowd as they claimed their first ever home win, and just their second ever win against the world champions.

Johnny Sexton advanced his claims for the world player of the year award with this performance and would win it shortly after after a stellar year.

They're not the number one team in the world for nothing. We probably had to play our best game of this term and thankfully we managed to do that.

"It's a big piece of history and one that we wanted to tick off here in Ireland and now we have done it." said Peter O'Mahony.