CAOIMHIN KELLEHER does not know where his club future lies with the opening of the transfer window fast approaching.

Kelleher has become able backup for Liverpool keeper Alisson Becker and Gavin Bazunu, the Ireland no 1, but hasn't made his mind up if he wants to move away from Anfield.

🚨 NEW: Caoimhín Kelleher has indicated that he will make a decision on his club future in the coming weeks. #awlive [https://t.co/neMY2RysbX] pic.twitter.com/rNBABQ41lk

“I'm not sure on what is happening,” said Kelleher - when speaking to the media at the FAI HQ at Abbottstown on Monday.

“I'm still finishing the season and we will have conversations afterwards. I'm not sure yet. I need to play these few games.”

Speaking of the defeat, he brushed off claims of rustiness: “I don't think there was rustiness. It can be difficult with a few weeks off but we had a good week's training and were well prepared but it was one of those games where we didn't perform on the night.

“It is very difficult (in the hot temperatures) but we can't use the conditions as an excuse. We had a few days there to adapt to the weather.

Kelleher also spoke to the media at the FAI HQ at Abbottstown and reflected on winning the League with Liverpool.

“It was a really special day for me to win a cup with such a big club like Liverpool – it was a great moment. When you do it once, you want to do it again and again and get that feeling again. That has given me great motivation to do it again.” 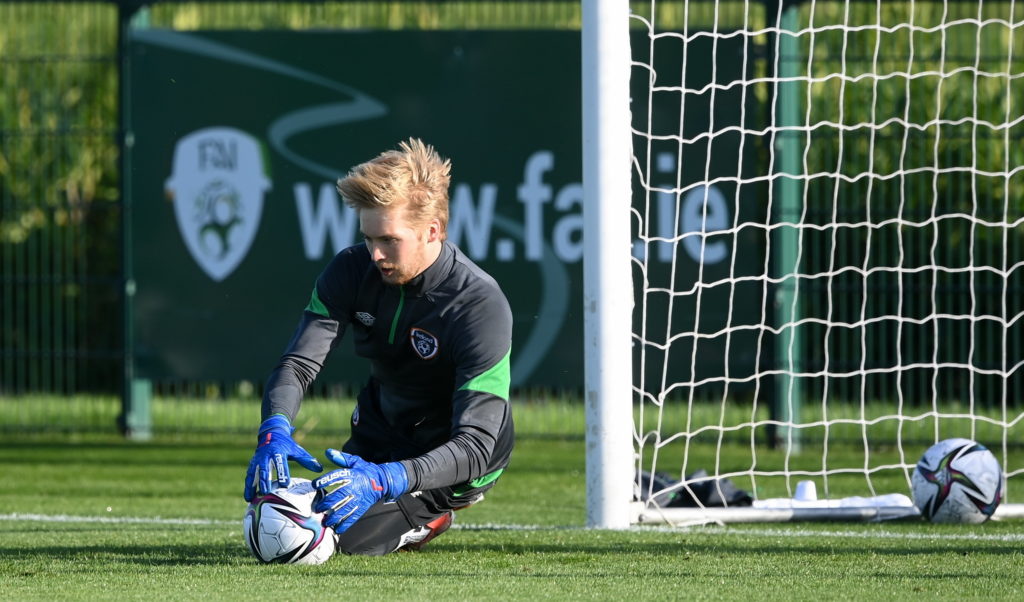