DRAMA by the bucketload in Sunday’s Ladies’ Championship Final culminated in one final twist as John Mitchels retained their crown on the main pitch at Páirc na hÉireann.

Kelcie Fallon’s winning goal towards the end of the game proved the difference in a tug of war between these two familiar opponents, picking the ball up around the forty-five the midfielder drove towards goal to unleash a thumping effort which Alex Pidek was unable to keep out. 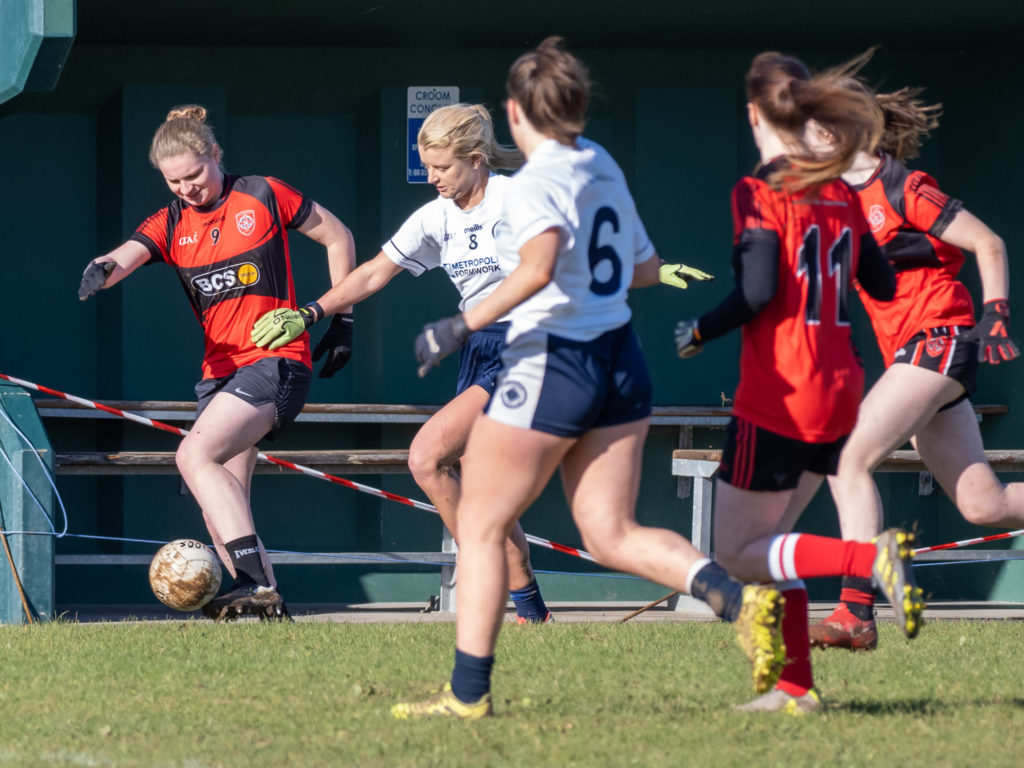 It was hard on the Casements goalkeeper who had been superb for her side throughout this final but try as they might in the final throes of the game it was Mitchels who held their defensive nerve to claim a second consecutive title.

That goal from Fallon provide to be the last act of an entertaining final that saw Casements hit the front with an opening goal by Elle Concannon before Ciara Desmond replied for Mitchels.

Ann-Marie Flanagan tagged on two points (one free) for Casements but in between those scores Mitchels hit back with a goal of their own, lashed home from a narrow angle by Jacqui Duggan. 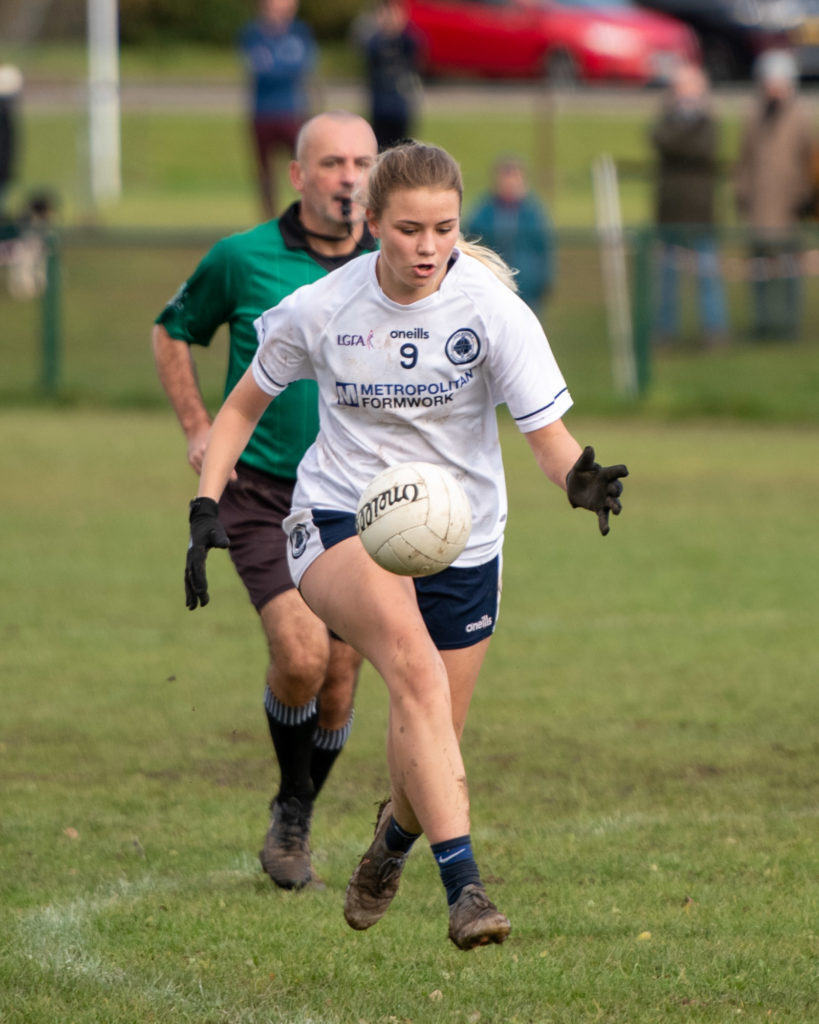 Kelcie Fallon take a solo through midfield before scoring the goal that sealed the win for John Mitchels (PIC: Chris Egan)

Roisin Keating came close to bagging a second goal for Mitchels shortly afterwards but Casements reasserted themselves with Gemma Mooney’s point before Kim Keating reacted quickest to drill the ball into the net after Emma Green had denied Tara Mawn.

There was still time for Pidek to deny Duggan at the other end but Mitchels hit back with an instinctive finish at the start of the second-half from Kerryanne Brown, the corner-forward beating Pidek after some good work down the right by Duggan.

Casements responded well to that setback however with two points in succession by Flanagan and Maeve Stenson to re-establish their lead.

The defending champions needed to find a spark in the closing stages if they were to reclaim their title, Roisin Keating leading the charge with a close-range point before Desmond sent a shot into the Casements’ side-netting. 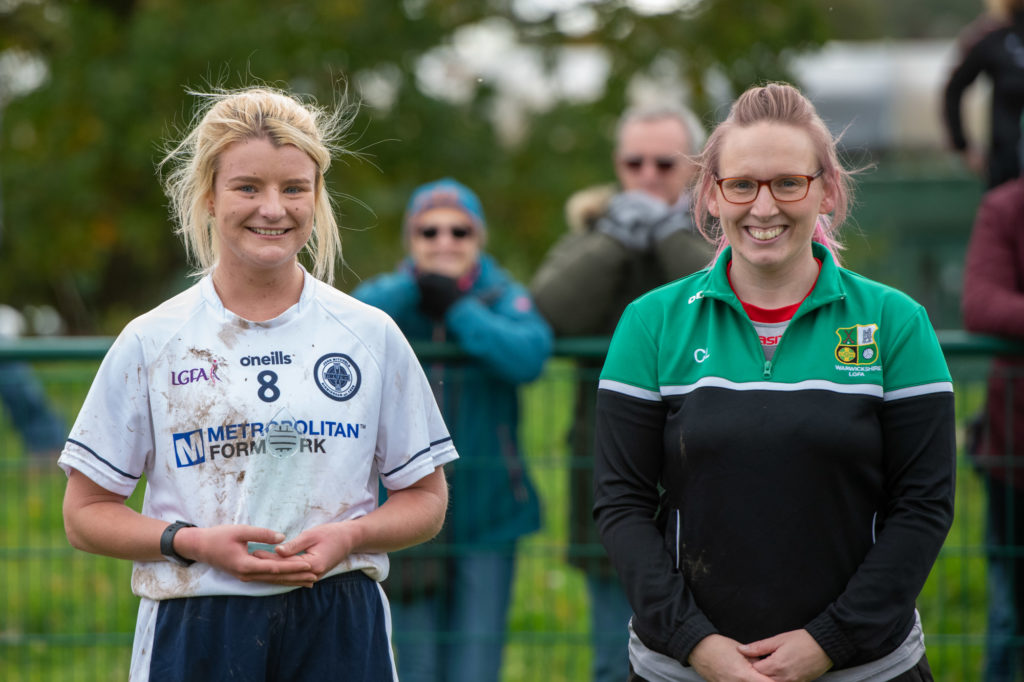 Casements nearly found a crucial third goal as the game veered towards its grandstand finish, a shot from a tight angle somehow evading both Green and her far post.

It was a close call for Mitchels who were a point in arrears at this stage but up stepped Fallon to finally turn the tide in their favour with aplomb, her strike settling the final in favour of Mitchels in an excellent advert for the ladies’ game in Warwickshire.