Daniel Kelly of Dundalk celebrates after scoring his side's first goal of the game during the SSE Airtricity League Premier Division match between Waterford and Dundalk at the Waterford Regional Sports Centre in Waterford. (Photo By Eóin Noonan/Sportsfile via Getty Images)

DUNDALK took another step towards lifting back-to-back SSE Airtricity League Premier Division titles with a 1-0 win at Waterford thanks to Daniel Kelly.

The Lilywhites' win, coupled with Shamrock Rovers' goalless draw at home to St Patrick's Athletic, meant that Dundalk were 12 points clear of Rovers at the top with five games left, and with just more one win needed, a fifth league title in six years was all but done and dusted.

Dundalk were made to work hard for their win at the RSC, with Waterford creating the best of the early chances.

On 12 minutes Tom Holland set up Michael O’Connor for a shooting chance, and Dundalk keeper Gary Rogers reacted quickly to make a good blocking save, and shortly afterwards Sam Bone came close to getting on the end of a Georgie Poynton cross. 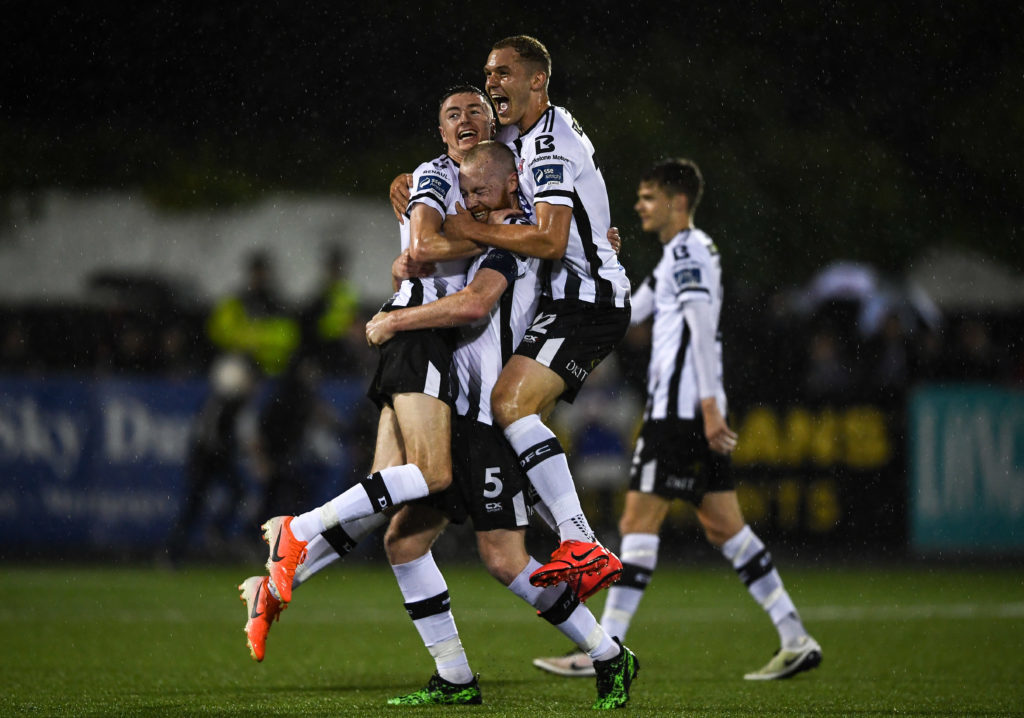 On the half hour, Zack Elbouzedi and Michael O’Connor combined to set up Cory Galvin for another Waterford chance, but Dundalk's Chris Shields made a timely intervention to deflect the ball over the crossbar to safety.

The only goal arrived seven minutes before half time, due in no small part to some neat work by Dundalk striker Pat Hoban, who outsmarted Waterford's Rob Slevin after both were involved in a tangle on the touchline.

As Slevin paused in anticipation of being awarded a free kick that didn't come, Hoban played to the whistle and picked up the loose ball, raced in to the box, and laid the ball into the path of Daniel Kelly who swept home the decisive goal.

The crucial win became all the more important when Dundalk's nearest challengers Shamrock Rovers were held to a goalless draw at home to St Patrick's Athletic, in the derby clash at Tallaght Stadium. 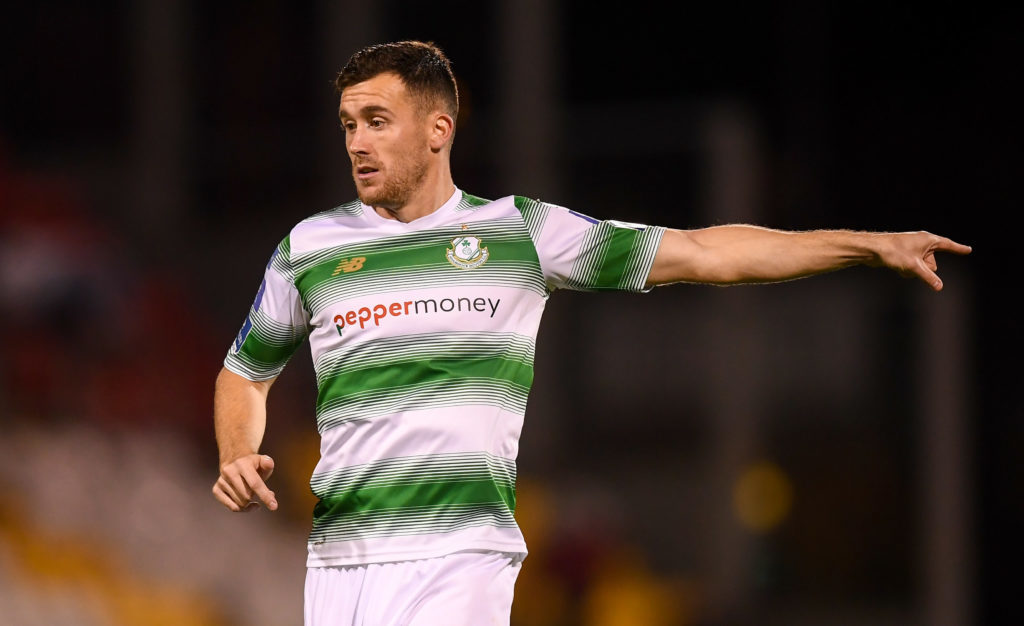 It was a game in which Saints enjoyed the better of the first half exchanges, but Rovers dominated the second half and were denied several times by outstanding saves from visiting keeper Brendan Clarke.

On 11 minutes, Saints' Lee Desmond shot was denied by a fine save from Rovers keeper Alan Mannus, and the Hoops keeper also denied Kevin Toner six minutes later after the Saints man rifled in a shot that the keeper did well to parry before the ball was hacked clear.

However, Rovers dominated the second half and Saints keeper Clarke was up to the challenge, twice denying Sean Kavanagh, although the highlight of his performance arrived on the hour when he produced a tremendous save to keep out a powerful Lee Grace header from Jack Byrne's corner kick.

The point did, however, mean that Rovers have definitely secured runners-up spot in the league at least, and will finish in their best league position since they won the league in 2011.

The game at Tallaght was one of three Premier Division games that ended goalless, with another of those being at the Ryan McBride Brandywell Stadium where Derry City and Bohemians battled out a no scoring stalemate.

The point keeps Bohs two ahead of both Derry and St Patrick's Athletic in the race for a guaranteed European place, and with manager Keith Long's squad depleted by injury, a dogged defensive display to pick up a point will be seen as a job well done.

Derry had the better chances in the first half with David Parkhouse denied by Bohs keeper James Talbot in a race for possession, and just before half time Junior Ogedi- Uzokwe had a header deflected wide by a defender before setting up Parkhouse for a shot that was blocked by Bohs' defender Rob Cornwall.

At the midway point of the second half Bohs had the best scoring chance of the match, when Andre Wright played Luke Wade-Slater through into a one-on-one with Derry keeper Peter Cherrie, but the Bohs man lashed the ball over the crossbar.

The other goalless draw was at Turner’s Cross, where Cork City played out a uninspiring game with Finn Harps.

It was a result that edged Cork closer to safety from relegation, and ended a four-match losing run, and also delivered Harps a precious point to move them further away from the automatic relegation place. City are still looking for their first win under new head coach Neale Fenn, and will feel that it was a two points lost given that Conor McCormack had a second half penalty saved by Harps keeper Mark McGinley.

However, Harps had their moments too, and Daniel O’Reilly had two late chances, first a header wide and then a long range shot that was pushed away by City goalkeeper Tadhg Ryan.

In the other Premier Division game, UCD now look doomed to relegation after going down 2-0 at home to Sligo Rovers. Even though Rovers played for most of the game with ten men after Ronan Murray was sent off in the 19th minute, they pretty much had the game in the bag by half time after building a two goal lead.

UCD keeper Conor Kearns had a moment to forget when he let a David Cawley corner slip through his hands and into the net for Rovers' opener, and Romeo Parkes added a second goal just on half time, with a cool finish into the corner of the net.