BARNEY CURLEY, the mastermind behind some of racing’s most famous betting coups and successful former trainer, has died at the age of 81.

Northern Ireland-born Curley’s skirmishes with the bookmakers and dramatic gambles became the stuff of legend, in particular that involving Yellow Sam at Bellewstown in June 1975.

He was also famed for the work he did for his charity, Direct Aid For Africa, which he founded in 1996.

Newmarket-based John Butler was assistant to Curley for a number of years and paid tribute to his former boss, who had battled against cancer.

“He died very peacefully on the stud (in Newmarket) on Sunday. It was pretty sudden, he got poorly very quickly,” he said.

“I came over to England (from Ireland) 18 to 20 years ago and worked for him for seven or eight years. It’s a sad day.”

In 2007 Curley — who won the Imperial Cup at Sandown in 2000 with Magic Combination — announced he would be dedicating more time to his charity, one which attracted a £2.5million donation from Sheikh Mohammed.

Butler said: “His charity was his main thing the last 10 or 15 years, it was always the charity no matter what.

“Every day it was his charity. On several occasions we emptied furniture out of schools and filled containers and he always went away and the charity came first. The horses were there, but the charity was a massive thing.

“You could spend all night talking about him. He was very good to me, he was just one of those people.”

Curley, who had his last runners in 2012, was instrumental in the early careers of jockeys such as Frankie Dettori and Jamie Spencer.

Butler added: “He was good to Spencer and (Tom) Queally and Shane Kelly, Frankie — I think Frankie went to see him every day for the last two or three weeks.” 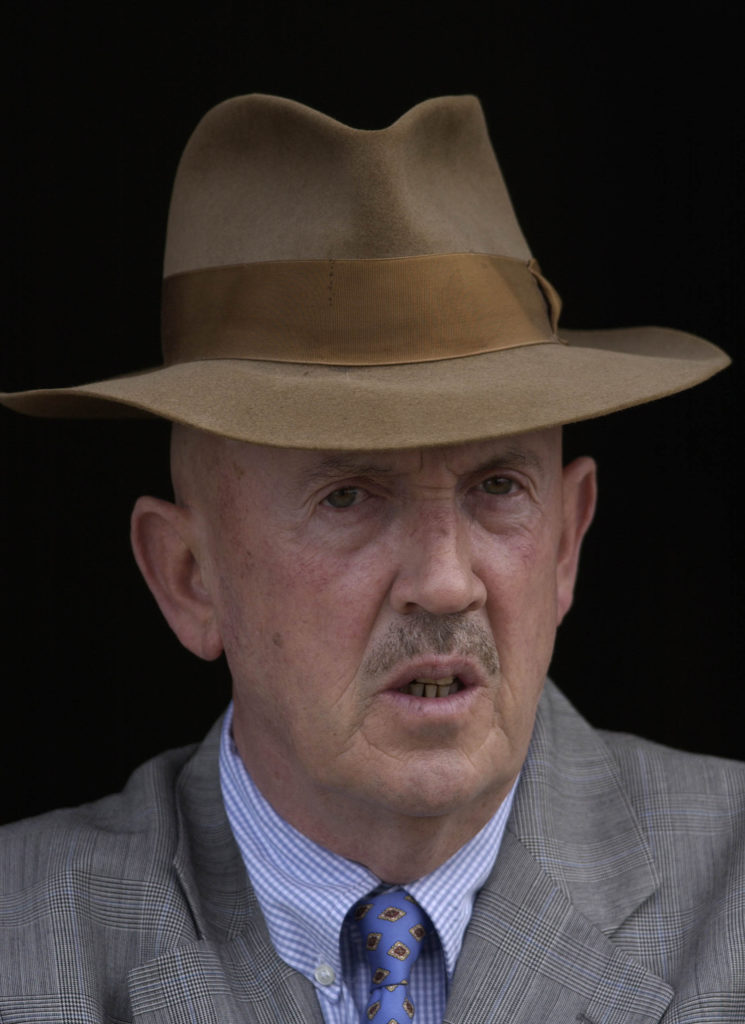 “Feel lucky to have enjoyed his company — a man with well-founded legendary status as a trainer/gambler, but one who also raised lots for the charity Direct Aid For Africa. RIP.”

“One of racing’s great characters. RIP.”

Presenter Derek Thompson said on his Twitter page: “So sad to hear of the passing of Barney Curley at the age of 81.

“His racing tales were legendary but the work he put in to help the poor in Africa was absolutely outstanding. RIP Barney.”

Jim Bolger tasted classic glory for the second time this season when Mac Swiney led home stable mate and English 2000 Guineas winner Poetic Flare in the Irish version of the race on Saturday at the Curragh.

Speaking on Racing TV’s Luck on Sunday programme, Bolger said of Mac Swiney: “As they say in the west of Ireland, I was mighty impressed with him.

“I thought that he stuck the task really well — any horse wishing to take him on and beat him in the future will have to be up for it because he isn’t going to give in easily.

“I’m very fortunate that the two talented three-year-olds colts I have at the moment both have great temperaments and they can take anything that I throw at them.

“They’re only different in the amount of work that they take. Mac Swiney takes very little work, whereas the other fella takes an awful lot of work, which is why I felt he would stand up to the three Guineas.”

On Sunday in the 1000 Guineas normal service resumed for Aidan O’Brien with Empress Josephine coming with a flying late run to pip Ballydoyle stable mate Joan of Arc.

O'Brien said: “We thought she was lovely the first day and then at Leopardstown all the leaders went too fast over seven.

“We then ran her over nine furlongs in Gowran, a lovely run but we thought nine may have just caught her out.

“She’s able to quicken and Seamus gave her a lovely ride. She’s very classy. She might go for the Coronation Stakes but we’ll see what the lads want to do.