Dublin , Ireland - 2 September 2018; Kevin McManamon of Dublin runs onto the pitch prior to the GAA Football All-Ireland Senior Championship Final match between Dublin and Tyrone at Croke Park in Dublin. (Photo By Stephen McCarthy/Sportsfile via Getty Images)

KEVIN McMANAMON has decided that he will be longer be playing inter-county football after 12 years with Dublin.

His crowning moment in the blue of Dublin was the late winner against Kerry in the 2013 All-Ireland semi-final. Many see this as one of the best games ever in GAA history

The legend, who is now 34 confirmed the news through Dublin GAA, that his time was over with Dublin. 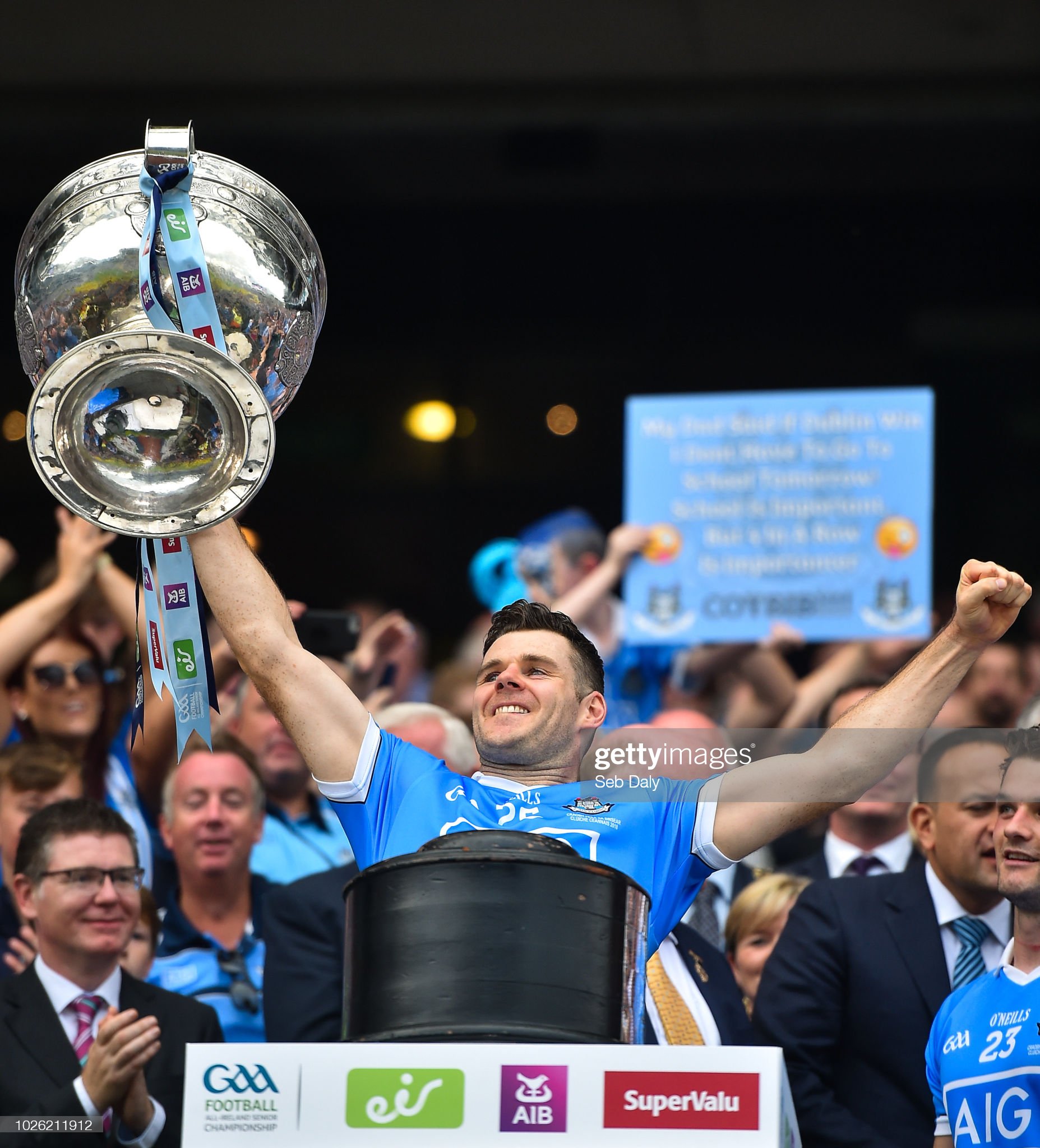 “After 12 seasons with the Dublin Senior Team I have decided to announce my retirement from inter-county football. It has been an absolute privilege to represent my county, fulfil my childhood dream and I feel so proud that my playing days have lasted so long and brought so much joy.

“I am grateful for the support of the Dublin County board, the GPA, countless managers, selectors, friends and backroom staff who have helped me over the years. In particular, Pat Gilroy, Jim Gavin and Dessie Farrell have been inspirational leaders, have backed me in their own way and have all helped me grow as a footballer and a person.

“To my teammates, it has been an incredible journey and I am so proud of the friendships, the stories and the memories we have made over the years.

After 11 years in blue, Kevin McManamon has retired from inter-county football.

He's a Dublin icon and because of this goal, he always will be.pic.twitter.com/J5OnKIkR1J

“St Jude’s GAA club has been a rock upon which I was able to build a career and it has been an honour to represent the club on the inter county stage. So many clubmates and volunteers have helped me and without men like Padraic Monaghan and Damien Carroll it is unlikely I would have had the career I did.

“To my parents Maxie and Josie and brothers Bren and Sean – your support and love has been unwavering, and I am forever grateful. Each of you have inspired me to be the best I can be and given me all the tools to grow in every area of my life.

“Finally, to the Dublin supporters, I’ll never forget the roars, the excitement, those beautiful moments when Croke Park was rocking and the feeling that you had our teams back wherever we went around the country. I truly admire your passion for supporting our team and I’m looking forward to joining you in future.”