Gold Cup contender A Plus Tard, with Rachael Blackmore up, on their way to winning the The Paddy's Rewards Club in Leopardstown in 2109

THE annual Cheltenham Festival returns this week, albeit behind closed doors.

Due to Covid-19 restrictions, no spectators can attend the races, but all the action will be televised so you can watch and cheer your favourite horses and jockeys on from home.

“Each of the 28 races offer something to savour and we look forward to enjoying the action with you, even if this year that has to be from the comfort of your own home,” the Festival confirmed. Here our leading tipster KARL HEDLEY reveals who he is backing in this week’s Festival… 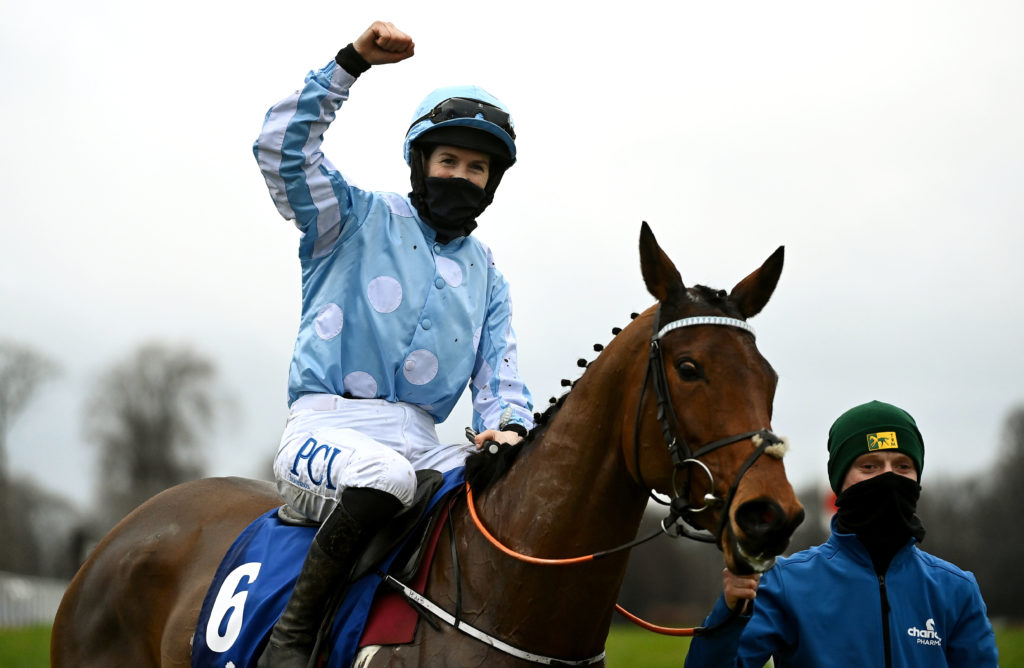 The Champion Hurdle is the feature race on the opening day of the Festival.

It is the championship contest for two-mile hurdlers and has been won by some of the all-time greats, including Night Nurse, Persian War, Sea Pigeon and the mighty Istabraq.

Honeysuckle ought to be the name on everyone’s lips this year as the undefeated five-year-old mare accepts the biggest engagement of her lifetime.

She has been a bright light during dark times and has built up an impressive sequence of eleven wins from eleven starts.

Honeysuckle has raced twice already this season, the most recent of which came in the Irish Champion Hurdle at Leopardstown at the Dublin Racing Festival.

She pulled right away from her field to record a ten-length victory over Abacadabras (who will likely be up against her here too). Henry De Bromhead and Rachael Blackmore combine in what should be a pulsating race from start to finish.

Her chief dangers are last year’s winner Epatante and also Goshen who bounced back to form at Wincanton a few weeks ago. Outsiders that could outrun their odds include former champion Buveur D’Air and Song For Someone.

The Ballymore Novices’ Hurdle takes place on the second day of the Festival and is the opening race on the card. It is the premium race for novice hurdlers over a trip of an extended two-and-a-half miles.

It has been won in the past by the likes of Istabraq, Hardy Eustace and Faugheen, all of whom went onto win the Champion Hurdle the following year.

This year promises to see a mouth-watering clash between two top Irish novices in the shapes of Gaillard Du Mesnil and Bob Olinger.

Gaillard Du Mesnil is trained by the master Willie Mullins who has trained four previous winners of this race. Gaillard Du Mesnil stepped up to Grade One company to contest the Lacy & Partners Novice Hurdle at Leopardstown last month.

He managed to reel in the free-going pair of Stattler and Gentlemansgame who appeared to gotten first run on him.

He had to endure a bit of scrimmaging in order to get to the front but he showed a decent attitude. There is a feeling that the race may have left a mark on him though as it was rough.

Bob Olinger goes from strength to strength and won a key trial for this in recent years by taking the Lawlors’ Of Naas Novice Hurdle at that track back in January. He had a much easier time of things and will be more refreshed coming here.

With Rachael Blackmore likely to be in the saddle, the pair ought to prove a tough combination to beat. 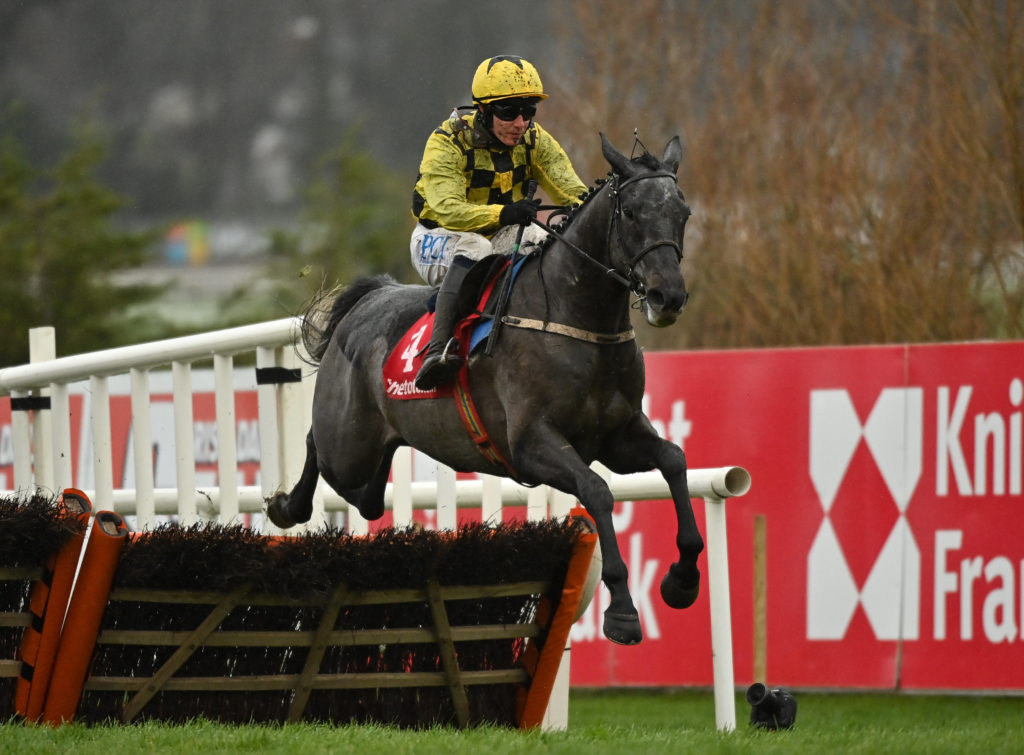 Gaillard Du Mesnil, with Paul Townend up, in December 2020

The Brown Advisory Novices’ Chase takes place on the second day of the Festival and is the most prestigious race of the jumps season for staying novice chasers over a trip of three miles.

Many previous winners of this race have progressed in subsequent years to win the Gold Cup itself including Denman, Bobs Worth and Lord Windermere.

Monkfish really looks to be a star in the making and has done nothing but improve since making the transition from hurdles to fences.

He has won his last five races, including last years’ Albert Bartlett over the same course and distance. Since then he has recorded multiple wins at the highest level including when demolishing a strong field at Leopardstown last month by almost a dozen lengths.

He should prove far too strong for the likes of Eklat De Rire, Sporting John and Fiddlerontheroof.

Still only a seven-year-old, he has built up a unique partnership with Paul Townend and despite relatively small odds, they should be capable of winning this valuable prize. 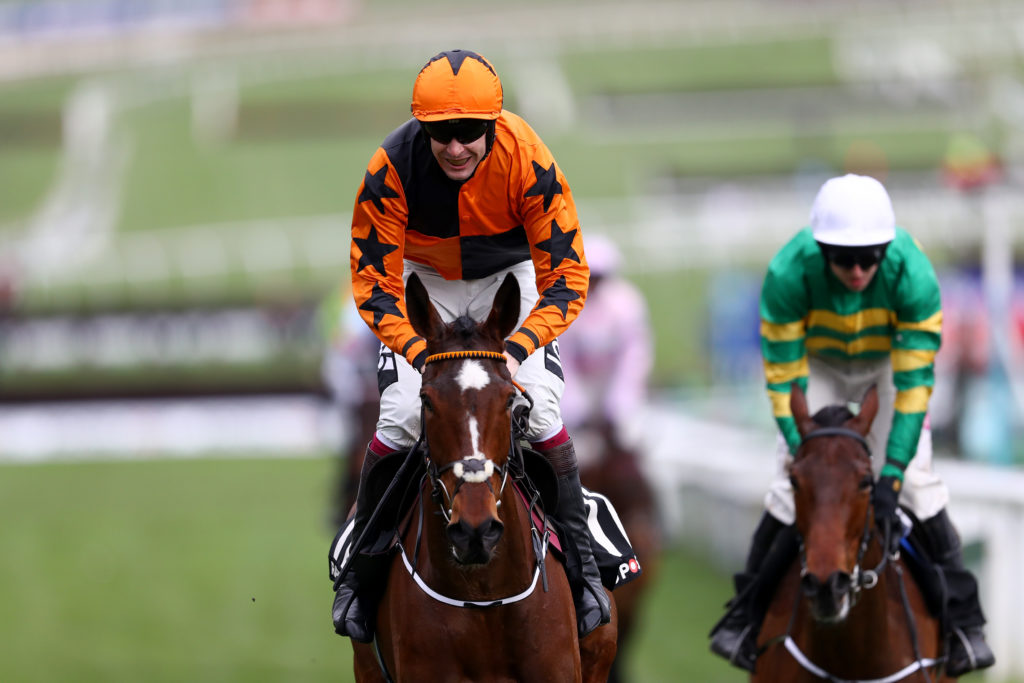 The Queen Mother Champion Chase is the feature race held on the second day of the Cheltenham Festival.

It is the most prestigious race for two-mile chasers in the jumps calendar and has previously been won by legends such as Viking Flagship, Moscow Flyer, Master Minded, Sprinter Sacre and Altior.

The market would suggest that this is a one-horse race and that Chacun Pour Soi is invincible.

He may well be, but he has never been to Cheltenham before and against a field that will prove his toughest opposition to date, he may be worth opposing.

He is scheduled to line up against former champion Politilogue in this race.

It is a field that also includes the well named Put The Kettle On.

She absolutely loves it around this track and upset many leading fancies in the Arkle last season.

She looks destined to run a huge race and the proven Grade One winner comes into her own around this time of year.

She does have almost eight lengths to find with the likely favourite based on their recent meeting at Leopardstown, but she may well finish a lot closer now back on her favourite track.

In a race where many have questions to answer, she looks a solid each way bet provided at least eight go to post.

Selection: Put The Kettle On (E/W)

The Stayers’ Hurdle takes place on the third day and is run over three miles.

It is the championship contest for long-distance hurdlers and has been won by some of the best hurdlers in the history of jump racing, including Thistlecrack, Big Bucks, Inglis Drever and Baracouda.

The race will probably focus on what will be another epic battle between former champion, Paisley Park and his younger rival Thyme Hill.

This will be the third battle between the pair this season with the score standing at one win apiece. Thyme Hill got the upper hand in the Long Distance Hurdle at Newbury in November, whilst Paisley Park reversed the form in their version of the same race the following month.

Both have good form around this track and it will be the toss of a coin as to who comes out on top this time around.

The race is not just about that pair though and there is a horse lurking here that has won at the last two Cheltenham Festivals.

He has been raced sparingly this season in preparation for this race and is proven at the trip.

Owned by JP McManus, Sire Du Berlais could well prove to be a thorn in the side of Paisley Park and Thyme Hill.

He just comes into his own at the Festival and there is no reason to think this year will be any different.

With nothing separating the front two in the betting, he looks a very viable each way option. 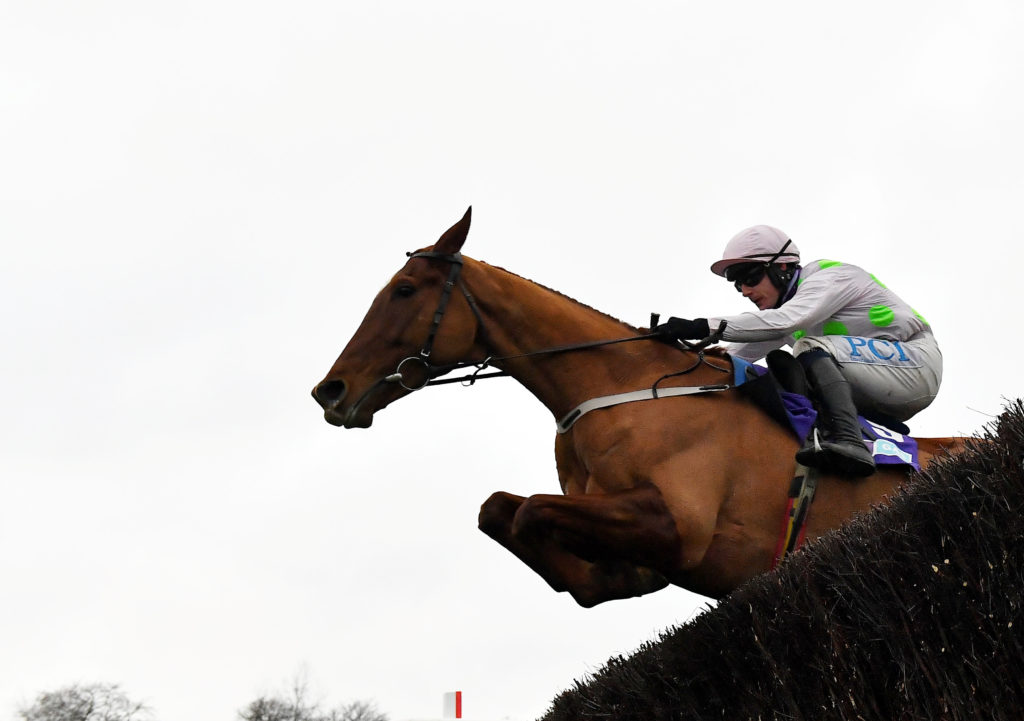 Monkfish, with Paul Townend up, jumps the last on their way to winning the Flogas Novice Steeplechase on day two of the Dublin Racing Festival at Leopardstown in December 2020

The Cheltenham Gold Cup is the most prestigious contest in jump racing and has been won by some of the greatest horses in the history of the sport.

Our heroes have an epic twenty-two fences to manoeuvre their way over during a relentless three and a quarter mile trip with an excruciating uphill climb to the finish.

Among the greats to have won this in the past are Golden Millar, Mill House, Arkle, Best Mate, Denman and Kauto Star.

Al Boum Photo will be popular as he bids to emulate the fantastic Best Mate by winning this race for three years in a row.

He has enjoyed a similar preparation and as he is trained by the magnificent Willie Mullins, he should make another bold bid.

The likes of Native River and Santini have had easier opportunities to win this race in the past so are readily passed over.

The bigger threats may come from Champ and A Plus Tard.

Champ stays longer than the mother-in-law and came out best in an epic battle with Minella Indo and Allaho in the RSA Chase here last year.

His season has been stop-start though after a rushed preparation and it would be a monumental training performance by Nicky Henderson to have him fully wound up.

A Plus Tard is a horse with massive potential.

The form of his win in the Grade One Savills Chase has been franked subsequently by Kemboy and whilst only third to Min in the Ryanair here last year, he won the Close Brothers Handicap Chase here two years ago.

Running in the familiar colours of Cheveley Park Stud, the seven-year-old has also lowered the colours of Chacun Pour Soi at Grade One level in the past also.

He just gives the impression that the further he goes, the better he will be and should be capable of giving the favourite a fright in the closing stages especially if it turns into a sprint at the end.

Selection: A Plus Tard (E/W)