THE final members of the Irish team for the Tokyo Paralympics 2020 were revealed this week ahead of the athletes beginning their journey to Japan today.

Each are members of the Para Athletics Team and they include some of the greatest Paralympians in the world.

The world’s fastest Paralympian, Jason Smyth, will be the returning for his fourth Paralympic Games, Paralympics Ireland have revealed, where he will hope to extend his amazing record of never having lost a competitive Para Athletics race. 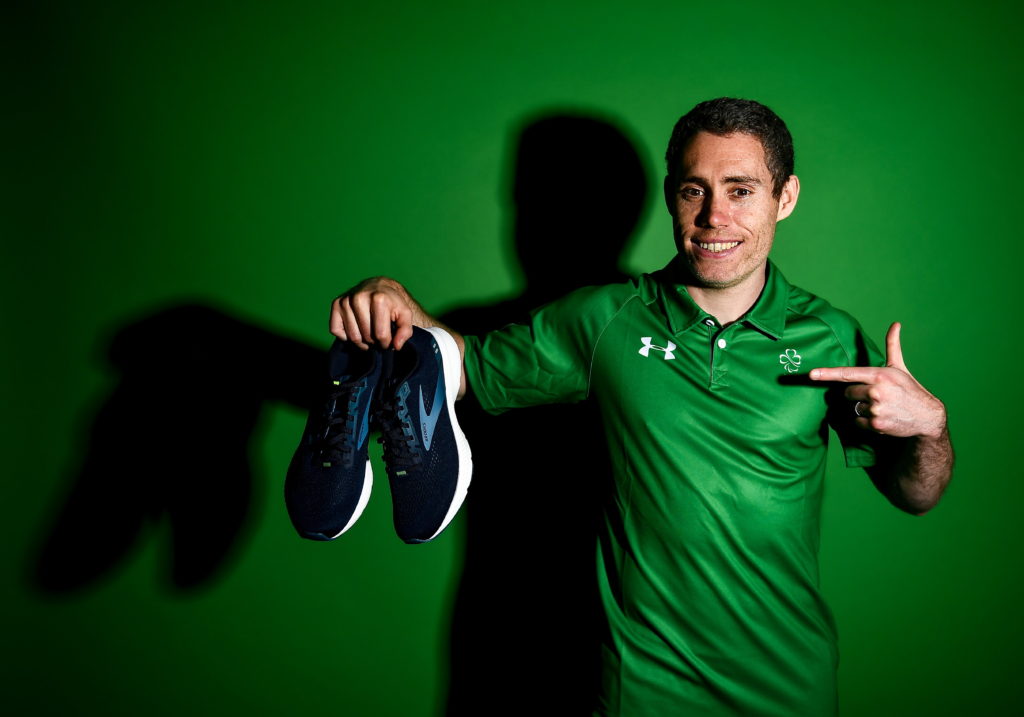 He will be joined on the team by fellow four-time Paralympian, Michael McKillop who has overcome serious injury to claim his place on the team where he will look to defend his 1500m gold medal.

World Championship bronze medallist and Paralympic silver medallist, Niamh McCarthy will compete at her second Paralympic Games, having finished second in the Discus in Rio. 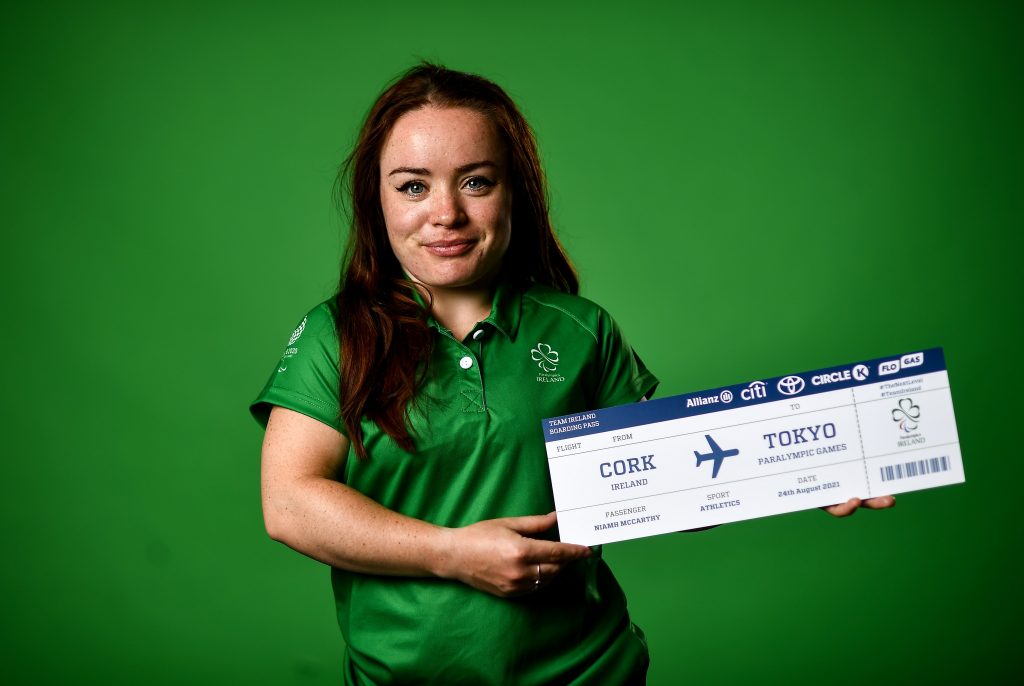 She will be joined as a two-time Paralympian by her team mates, 1500m European champion, Greta Streimikyte, Wheelchair marathon athlete, Patrick Monahan and the returning Orla Comerford, who has put her injury worries behind her to return for the 100m event.

Two athletes will be making their Paralympic debut as Kilkenny’s Mary Fitzgerald and Kerry’s Jordan Lee will become Ireland’s newest Paralympians in track and field.

Mary Fitzgerald has been in superb form having set a new Personal Best thrown of 8:12m in the shot put in Templemore last weekend. 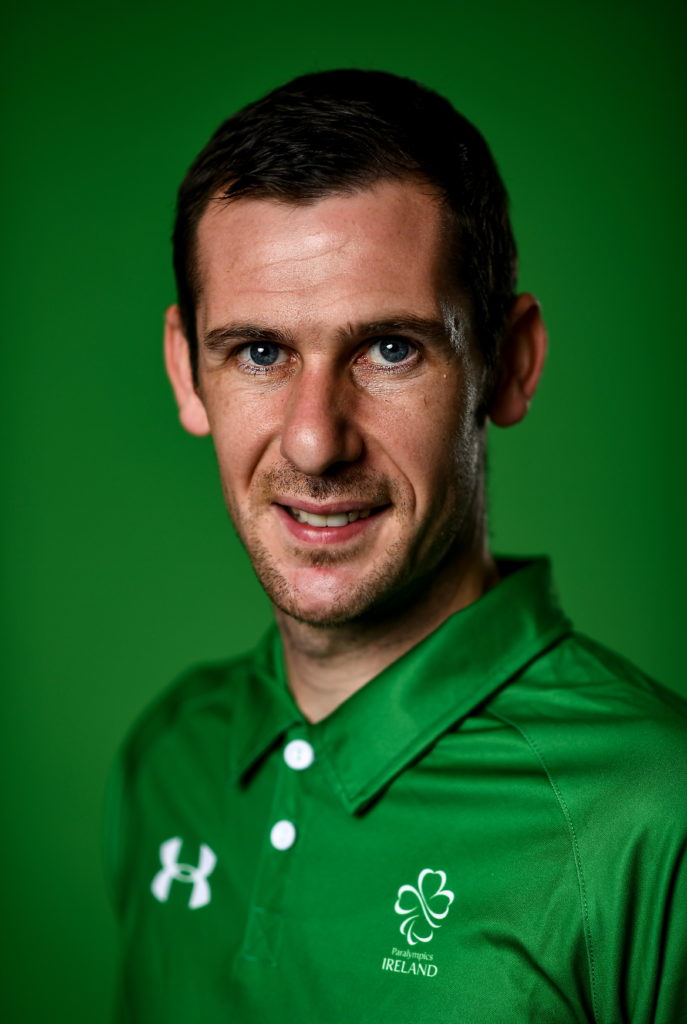 Greta Streimikyte will be the first member of the Para Athletics team to compete when she takes to the start line of the 1500m on day four of the Paralympic Games, which kick off in Japan on Tuesday, August 24.

On the following day, Sunday, August 29,  Jason Smyth and Jordan Lee will begin their Paralympic Games.

Orla Comerford will compete in the 100 metre heats on Day 7 of the Games, with Niamh McCarthy competing in the F41 Discus on Day 8. 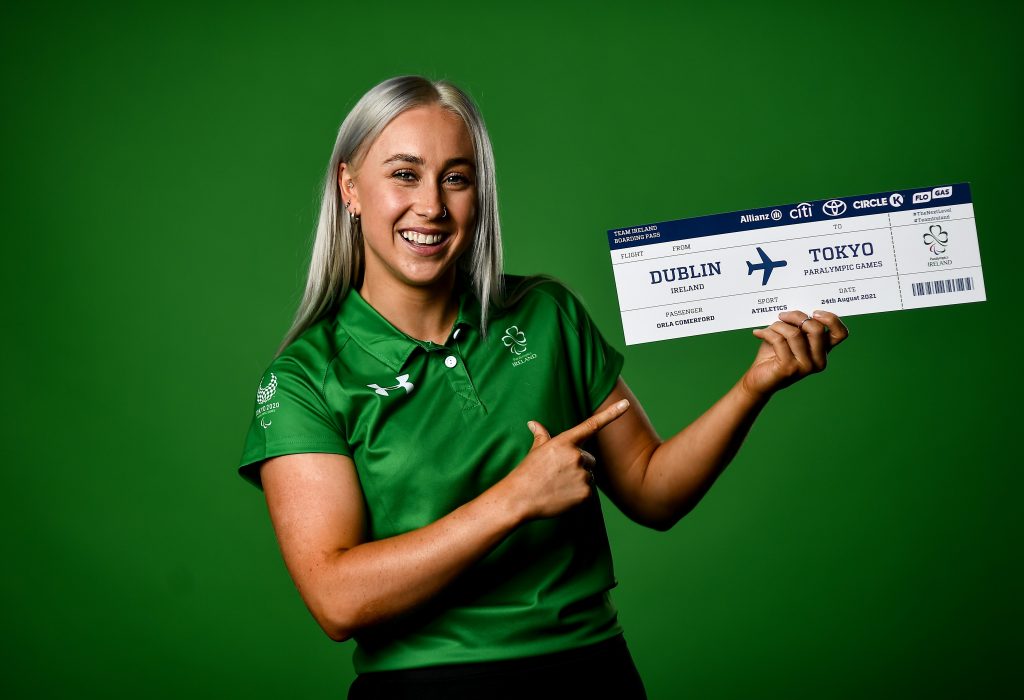 Orla Comerford will compete in the 100m race

Michael McKillop must wait until September 3, Day 10 of the Games before he competes in the heats of the 1500m and should he progress to the final he will share the arena with Mary Fitzgerald on Day 14.

Patrick Monahan will be the final athlete to compete for Ireland at Tokyo 2020 as he brings the curtain down on the Games for Team Ireland on closing day, September 5, in the T53 Marathon.

In total there will be 29 athletes competing at the Paralympic Games for Team Ireland including the eight-person Para Athletics Team. 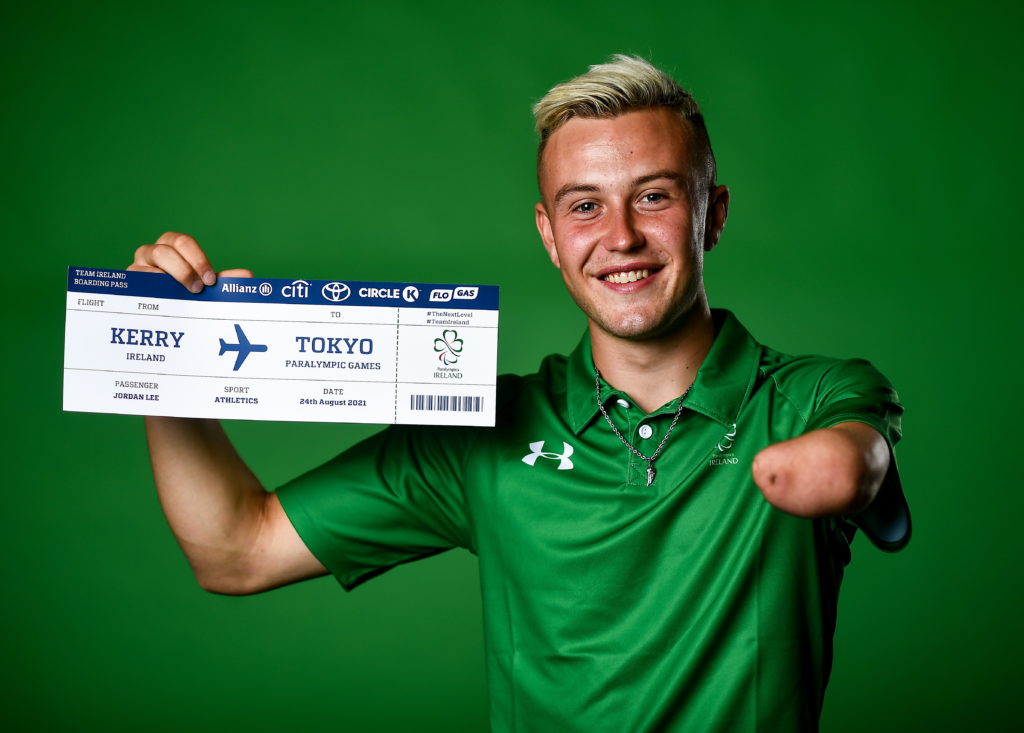 Jordan Lee will compete in the high jump

Team Ireland’s Para Athletics team assembled at Dublin Airport this morning to board Aer Lingus flight EI 154 on the first leg of their journey to Japan ahead of the Paralympic Games. 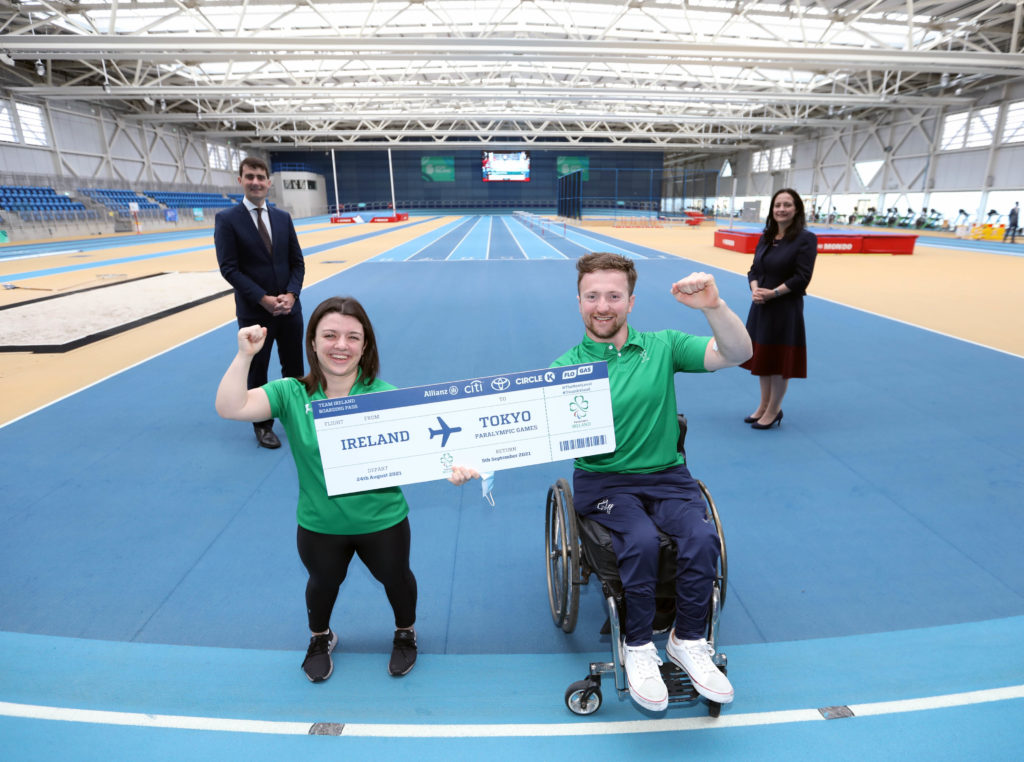 The next stop for the team on their journey to Japan will be in Heathrow Airport before the longer journey to Narita City in Japan where they will join the Para Swimming team for their pre Games acclimatisation camp.

The Para Cycling team have already landed in Japan where their preparations are continuing at their training camp in Masuda City.

The Opening Ceremony of the Paralympic Games will take place at the Olympic Stadium on August 24, with the first Irish Para Athletes competing on the following day as action gets underway for Team Ireland’s Swimmers, Cyclists and Table Tennis athletes.

In the pool it will be Barry McClements, Róisín Ní Ríain and Nicole Turner that are Ireland's  first competitors, Richael Timothy will be Ireland’s first paracyclist at the velodrome whilst Colin Judge will get his competition under way in the group stages of the Table Tennis competition. 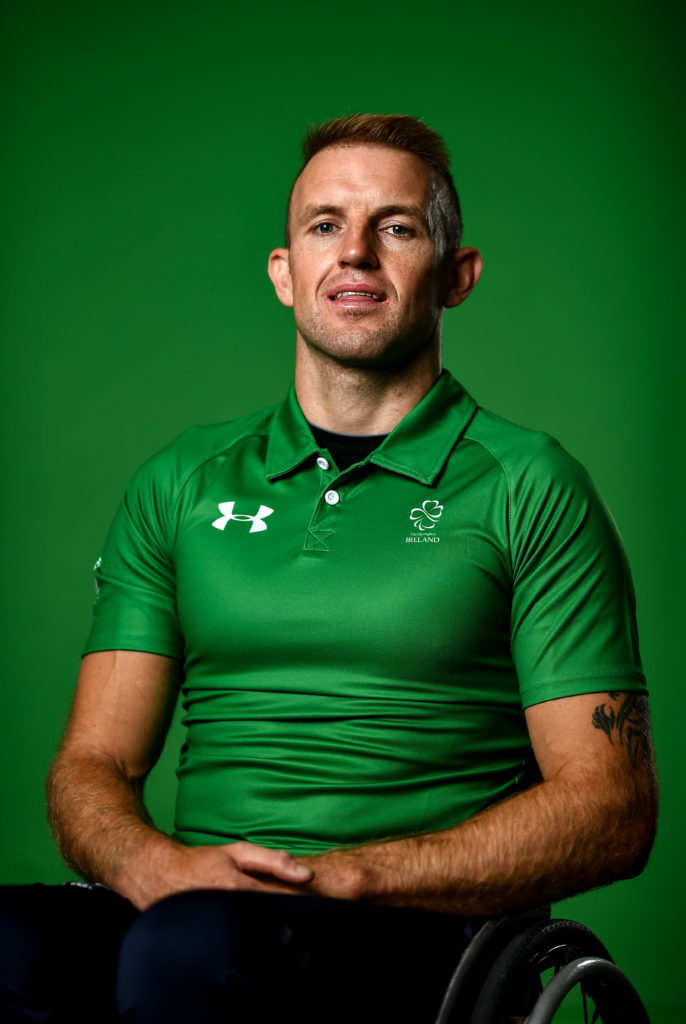 Speaking about the Paralympics Ireland Team Departure, CEO Miriam Malone said: “This is an extremely exciting time as our team departs for Japan.

"This marks the culmination of years of work by the athletes, those that support them and Paralympics Ireland. We now have a long journey ahead as we depart for Japan but it is very heartening to have the support of Aer Lingus on the first part of our journey”

Peter O’Neill, Chief Operations Officer, Aer Lingus added: “Aer Lingus wishes all of the members of Paralympic Team Ireland the very best of luck as they journey to compete in the Tokyo 2020 Paralympic Games.

"Aer Lingus is proud to support the team on this first part of their journey and our ground staff and operating crew are looking forward to welcoming the athletes to the airport and on board.”