Republic of Ireland legend John O’Shea made his debut as a professional footballer for the prestigious Manchester United FC in a League Cup game against Aston Villa on October 13, 1999.

Little did he know just how successful he would become with the Red Devils, going on to win five Premier League titles, a Champions League, one FA Cup, three League Cups and a FIFA Club World Cup.

Not bad for a former Ferrybank AFC and Waterford Bohemians FC youth player.

Now 35 and still playing at Sunderland, we’re marking the anniversary of his United debut with a round-up of his finest moments in the famous red shirt.

In 2003, legendary Portuguese attacker Luis Figo was one of the best players in the world, not that that fazed O’Shea.

The Irishman can count himself among the few players in the world who made a fool of Figo on the pitch, delighting the Old Trafford faithful with this outrageous move.

Performing heroics in goal against Tottenham

Renowned for his versatility, O’Shea started out as a left-back and ended up as an accomplished centre-half.

But he also played in midfield and even upfront from time to time, and he completed the full set when stepping in for injured goalkeeper Edwin Van der Saar when United had used all their subs at White Hart Lane in 2007.

Scoring the winner at Anfield

Despite both clubs suffering a blip in form in recent years, Manchester United verses Liverpool remains one of the most hostile rivalries in English football.

As such, when you score a winner on your enemy’s own turf, you eternally endear yourself to the club’s fans.

O’Shea managed this in 2007, notching the winner against Liverpool in Anfield in stoppage time.

In 2006, Manchester United’s bitter rivalry with Arsenal was at the height of its intensity, so for O’Shea to produce this cool-as-ice finish to help his team to a famous 4-2 win at Highbury really was something special.

He only scored 15 goals throughout his 12 years at the club, but this was perhaps the best one.

Granted, O’Shea sat as an unused substitute when Manchester United won the Champions League in 2007-08, but the defender more than played his part in the run up to the final and earned his medal.

As such, he’s one of very few Irishmen to win the Champions League – Europe’s premier club competition – and he celebrated as though he’d played every minute of the final. 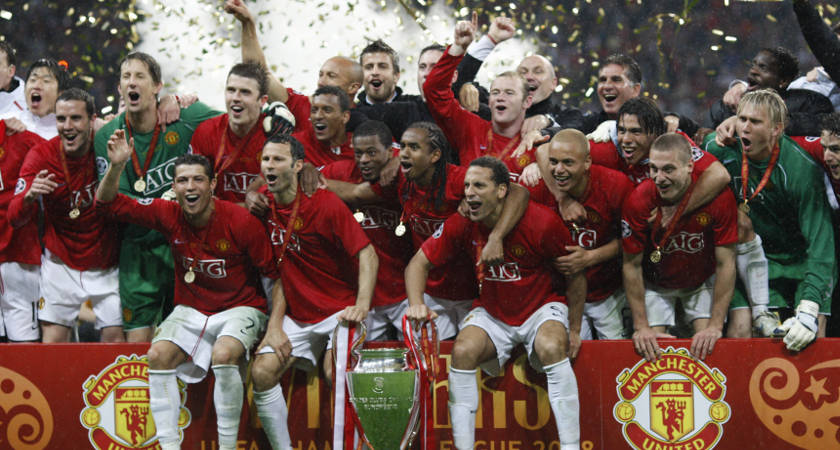