TRIBUTES have been pouring in for deceased former Kerry footballer Patrick Curtin, who was buried in his hometown of Moyvane on Sunday.

Curtin, who was aged just 26, died in Florida on December 29 following a stint in hospital after suffering serious head injuries in a car crash in Guatemala just before Christmas.

His family were by his side when he passed away and his funeral back in Kerry attracted over 1,000 mourners to The Church of the Assumption in Moyvane.

Curtin, a Moyvane GAA clubman, last turned out for the Kingdom in 2013, but played all grades of inter-county football for Kerry, making his senior championship debut against Tipperary in 2012.

GAA President Aogán Ó Fearghail said: “It was with deep regret that we learnt of Paddy’s passing following a road accident and the outpouring that has followed that terrible news from so many different people tells you everything you needed to know about the man Paddy was.

“People have been genuinely shocked that a young man in the prime of his life should be taken from them in this way. 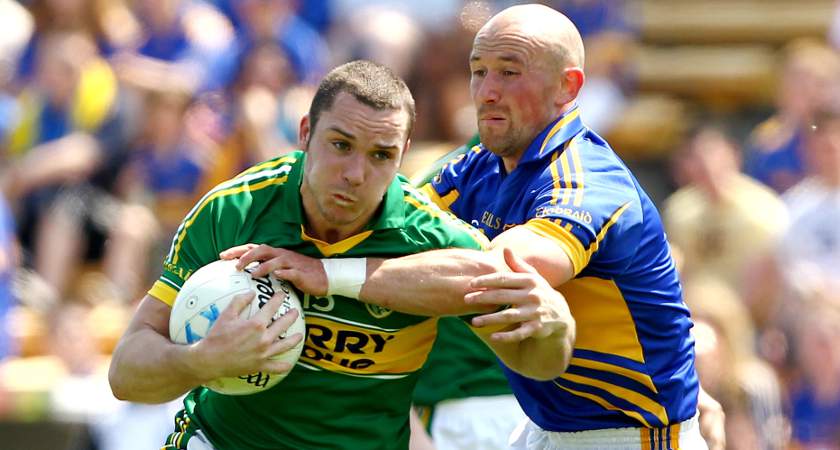 Curtin, left, made his senior champtionship debut against Tipp in 2012 [Picture: Inpho]
“In addition to his gifts as a talented footballer, Paddy also held his home place dear and the thoughts and prayers of the GAA are with his family and wide circle of friends at this most difficult time.”

Kerry manager Eamonn Fitzmaurice attended the funeral having previously taken to social media to pay tribute to Curtin, who was an employee of Liebherr Ireland crane factory in Killarney.

He wrote: “Paddy was a great team mate, a great friend and a great player to coach. He was talented, relentless and as tough as nails.

“He was extremely proud of his family, his club Moyvane and of his career with Liebherr. He will be greatly missed.”

A statement from Kerry GAA added: "In all, Patrick made six championship and 10 league appearances for the Kingdom. Kerry GAA extends its deepest sympathy to his family, friends and work colleagues and also to his club, Moyvane.