A meeting to discuss the new competition is scheduled for Cork's Páirc Uí Chaoimh on October 19.

A central council meeting two weeks ago decided to focus on one proposal – a straight knockout for Division 3 and 4 teams who exit the championship before their provincial final. 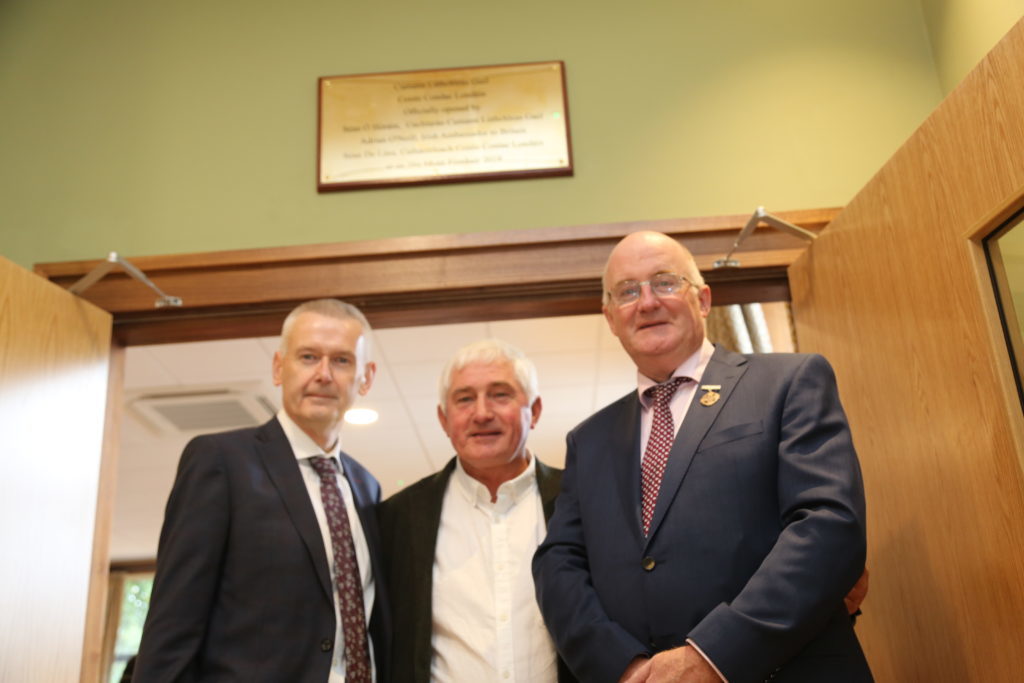 John Horan (right) pictured with the Irish Ambassador to the UK Adrian O'Neill (left) and London GAA's Brendie Brien (centre). He was in London for the official opening of London GAA's refurbished clubhouse in Ruislip. Photo: Brendan Vaughan

“Tipperary have a motion in to get that minor change made to the whole thing, but I’m hopeful the proposals will go through.”

The GAA announced earlier this year that All-Ireland club finals will be moved forward to January, and if the proposal to Special Congress is successful, the All-Ireland qualifiers will only be open to teams from Divisions 1 and 2, plus any Division 3 or 4 sides who reach their provincial final.

That has met with resistance in some quarters, with the GPA in particular expressing concern. But Horan sees the move as the best option on the table in helping developing counties such as London.

“Tradition is one thing that stands to those stronger counties. The other is population. That’s a large part of it as well.

“When you look at some counties and their population might be the same as two regional areas. Some towns in Dublin might even have more teams between camogie hurling and football in one town that some counties might field across the board.

“To me the population imbalance is the biggest challenge there is. These measures won’t completely address that but it a key step.

“A lot is made of the coaching set up in the established traditional counties. But teams mix, players mix. The knowledge factor, the information and training and methodology is getting around all teams and counties now. Nothing is clouded in secrecy."