FOOTBALL can be so cruel sometimes.

Stephen Kenny was denied just his second win as Ireland boss right at the death as Cristiano Ronaldo netted two late headers to snatch victory from the jaws of defeat for Portugal in the Algarve on Wednesday night.

The Manchester United superstar netted his 110th goal for his country with 89 minutes played, becoming the highest goalscorer in international football history, and grabbed his 111th in the 94th minute, to leave the Irish utterly heartbroken.

A first-half header from John Egan had put Ireland in the driver's seat, and momentum appeared to be on their side after Ronaldo's penalty was saved by 19-year-old Irish keeper Gavin Bazunu.

20 years to the day since Ireland's famous 1-0 victory over Holland, which saw them emphatically qualify for the 2002 World Cup, Kenny's men appeared channel the spirit of 2001, as a steely back three of Egan, Shane Duffy and a debuting Andrew Omobamidele kept Ronaldo, as well as the likes of Diogo Jota, Bernado Silva and Bruno Fernandes at bay. 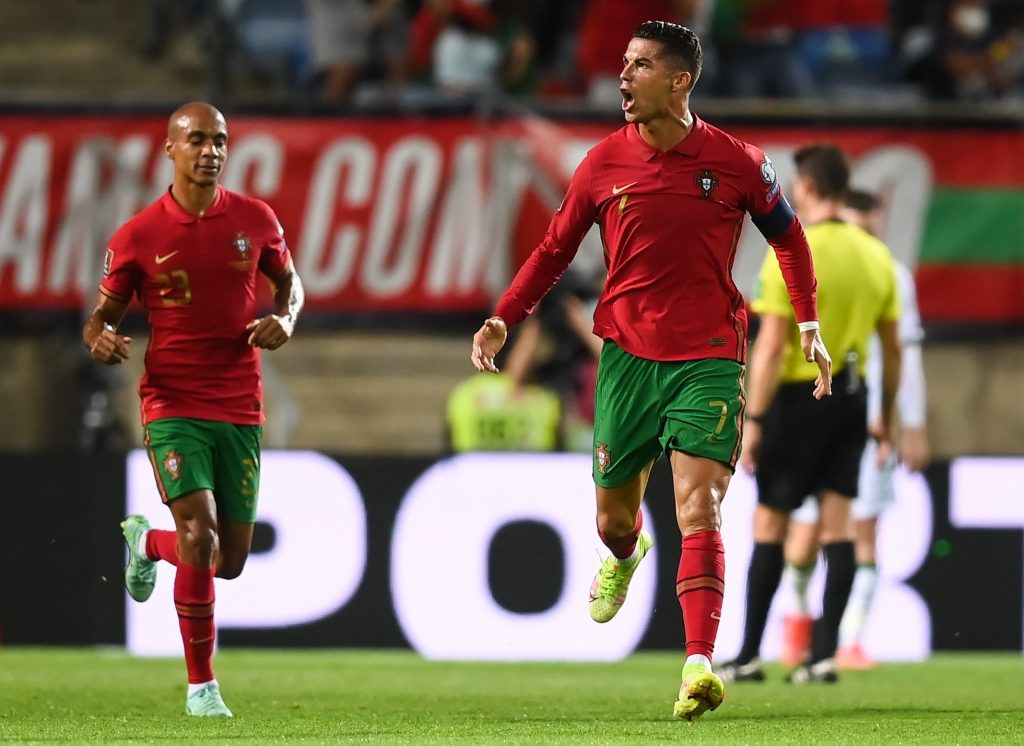 Cristiano Ronaldo celebrates after equalising for Portugal in the 89th minute

It wasn't a case of smash-and-grab for Ireland either. Aaron Connolly saw a number of chances go begging, while James McClean saw his late strike ripple the side-netting.

But all the hard work was undone in the space of just a few minutes, as Kenny's men were blown from elation to despair by a man who you just knew would make the headlines.

Ronaldo was kept quiet by the Irish all evening, and spent most of the game blazing speculative efforts over the bar from 35 yards, and gesturing to his teammates when they didn't put the ball quite literally on the tip of his toe.

He pummelled a free-kick into the arms of Bazunu, while Jota saw a first-half header agonisingly strike the post and Silva skied a good chance from 12 yards out, though aside from seeing little of the ball in the second-half, no one could deny that Ireland deserved this one.

But alas, football can be so cruel sometimes.

Sheffield United's Egan said after the game: "It's really tough to take, to come to a country like this against a world class team and put in a performance like that, sometimes you don't get what you deserve. Loads to be positive about, but it's obviously gutting to come so close."

The defeat is Ireland third in as many matches in the 2022 World Cup qualifying campaign, which leaves them joint-bottom of Group A alongside Azerbaijan, who they face in Dublin on Saturday. 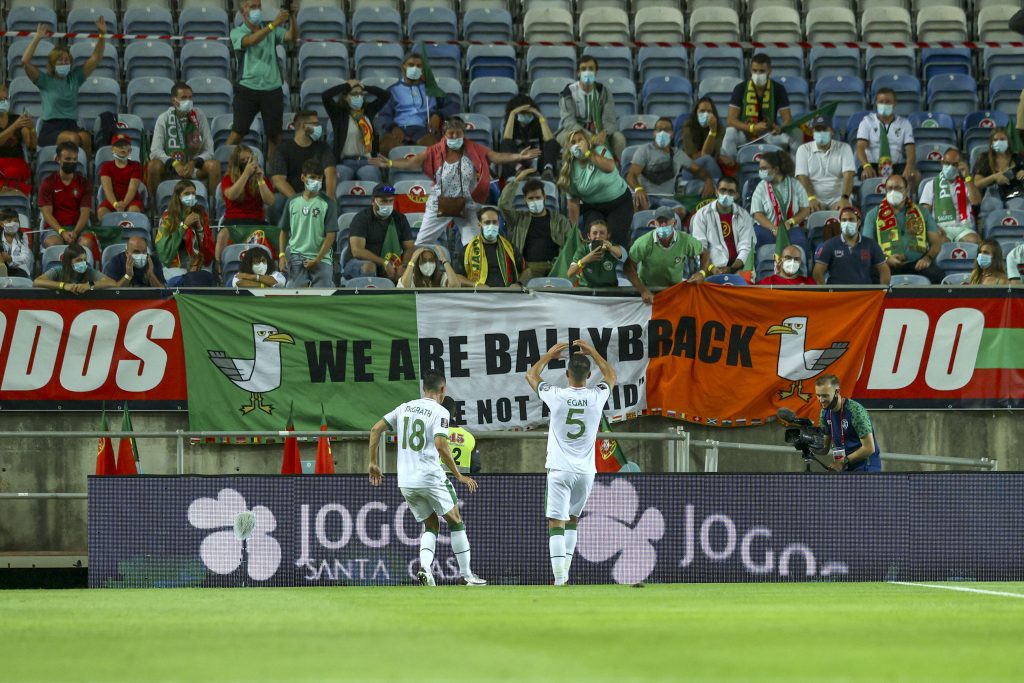 John Egan celebrates after putting Ireland 1-0 up against Portugal