Experienced Irish midfielder Glenn Whelan says he is still hungry to succeed after penning a one year deal with Scottish Premiership outfit Heart of Midlothian.

The 35-year-old was a free agent after being released by Aston Villa following their return to the Premier League.

Whelan was signed by former boss Steve Bruce in the summer of 2017 after nine years at Stoke City.

The Terenure native played 36 times for Villa last season and has been brought back into the Ireland fold by manager Mick McCarthy, most recently playing 90 minutes in the Euro 2020 qualifier away to Denmark. 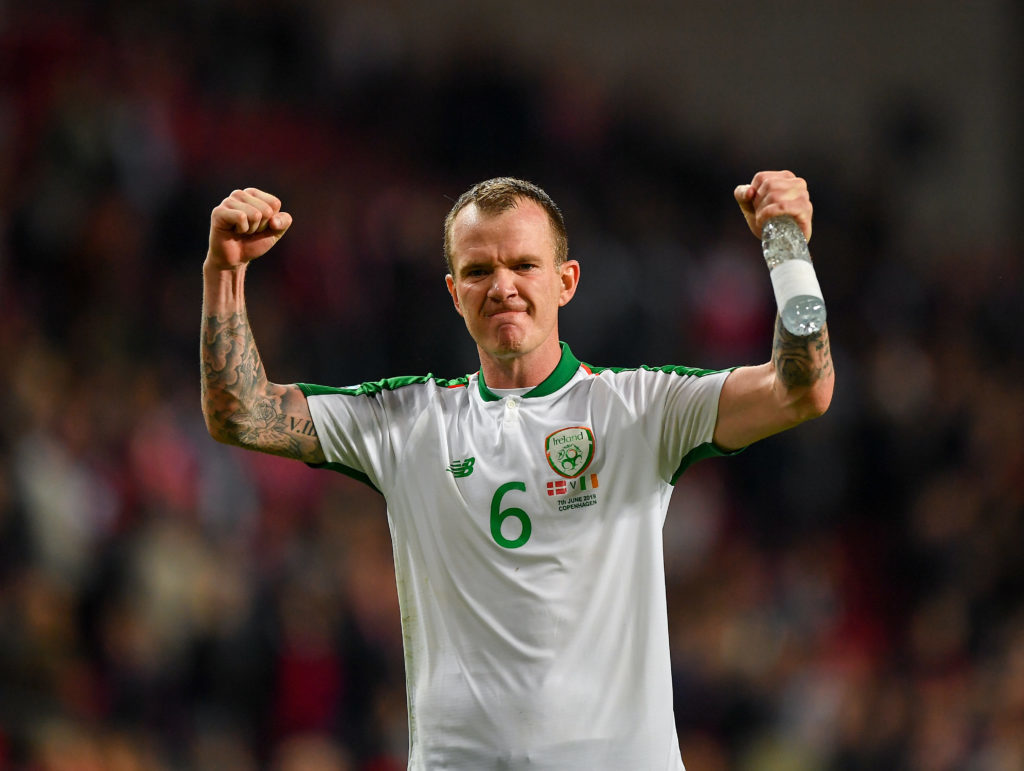 He had spent 16 years in England after starting out at Manchester City.

“I’ve been successful throughout my career and this year I’m here now and I’m trying to achieve something as well,” he said this week.

“The manager has been crucial to getting me up here, to be honest. He’s shown a lot of ambition in where he wants the club to go. I came up and trained with the lads for a couple of days last week and I was really impressed. I’m up here now and I’m ready to go to dig in and get some results.

“The manager’s spoken about trying to get into Europe and pushing on as high as we can.

He added: “I’m not just up here to enjoy myself, I’m here to achieve something. I’m looking to do that with Hearts, a massive club in Scotland and in the Scottish Premiership.

“Everywhere I’ve went and throughout my career I’ve always achieved what I’ve wanted. Like I said, I’m not up here for a jolly up or a holiday, I’m up here to improve players, if I can, and to win games.”

Whelan has earned 86 caps for Ireland since making his debut back in 2008.