In the Official Launch of the ICC Cricket World Cup in Melbourne today, it was announced that Ireland will play in Pool B when the tournament gets underway in Australia and New Zealand

They will also face an as-yet-undecided qualifier.

After recently qualifying for the  14-team competition earlier this month, Ireland will begin their campaign in the Group stage on February 16 against the West Indies and finish against Pakistan almost one month later on March 15.

England have been drawn in Pool A along with Australia, New Zealand, Bangladesh, winners of the 1996 competition Sri Lanka and two qualifying nations.

Ashes rivals England and Australia will face each other in Melbourne on the opening day of the tournament, February 14.

The competition follows the 2011 format in which the top four nations of each pool progress to the quarter-finals. 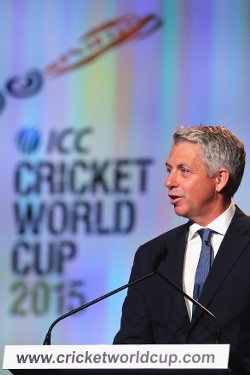 International Cricket Council (ICC) chief executive David Richardson commented that the “World Cup is the flagship tournament of the 50-over game.”

He said that the 2015 tournament in Australia and New Zealand “will mark 40 years since the first World Cup in 1975,” before adding that the “tournament is the most sought after prize in our increasingly global game."

"I'm absolutely confident that the success of the ICC Cricket World Cup 2015 will further strengthen the status of 50-over cricket as a successful and viable format alongside Tests and Twenty20 Internationals.

World Cup holders India will aim to defend their title against rivals Pakistan in their opening game in Adelaide on February 15.

The final of the tournament will be held at Melbourne Cricket Ground on March 29.