Ireland face a tough World Cup play-off, but manager Martin O’Neill is the best man for getting big results

THE IRELAND team is on the move, to next month’s play-offs for a start, and if they negotiate their way through that two-legged test, the World Cup finals in Russia awaits next summer.

Of course, few expect them to make it that far because despite all that was good about last week’s result over Wales, the poverty of the first-half performance cannot be glossed over.

And yet despite these obvious shortcomings, the solidity and bravery of their defending has become an admirable characteristic.

Equally as startling is the unconventional way they have been managed.

From day one in his tenure, Martin O’Neill has done it his way, the Brian Clough way.

Team announcements aren’t made until 90 minutes before kick-off, while tactical discussions, players have privately said, are nowhere near as detailed as the tutorials they receive at club level.

All have been defeated in the last two years whereas prior to then, the only competitive victory of note over the previous 14 years came against Slovakia in 2007.

And even that win needs context, the Slovaks being fourth seeds at the time.

When it comes to getting big results, O’Neill is clearly the man.

How he does it? Well, that is a different question and even those who played under him, struggle to come up with the answer.

“As we go through coaching and managing, and a lot of stuff we get taught, you can just throw it out the window. He does the complete opposite,” said Craig Bellamy, the former Welsh international who played under O’Neill for Celtic.

“There were times you would turn up on a Friday, and you wouldn’t know what formation you’re playing on a Saturday, he’d just read a list.

"I’d have to look at Neil Lennon and ask, ‘What formation are we playing?’ There was no information whatsoever.”

That’s pretty much the way it is with Ireland, too. Except they still produce the results when it matters most. 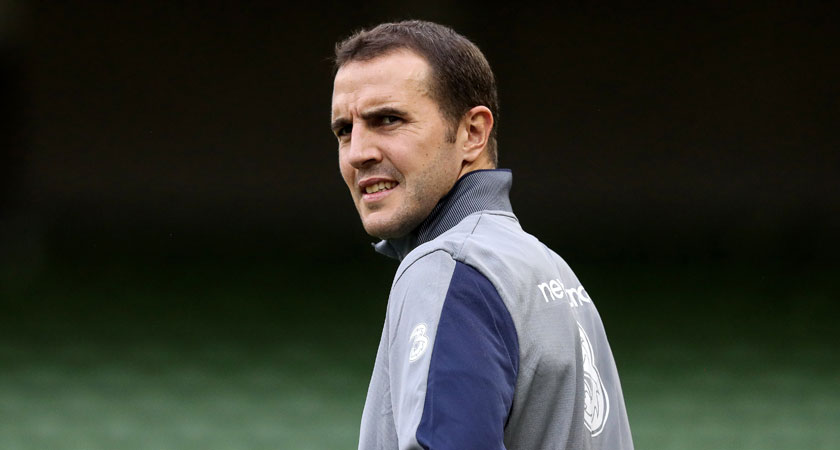 “Okay, what you need to realise when you play for a Martin O’Neill team is that there’s a trust there, that’s the big thing,” John O’Shea, the Irish veteran said in the aftermath of last Monday’s victory.

“I knew what to expect having worked under him at Sunderland but perhaps others didn’t.

“The key word here is faith, the faith he has in everyone. When he selects players, they know they have to do a job for him, and the players respond to that. That trust gets stronger and stronger the more you work with him.

"Take our winning goal (against Wales). You saw Jeff (Hendrick) pressurising their guy (Ashley Williams), forcing a mistake, seizing possession and then, all of a sudden you have Harry (Arter) running into the box and deciding to step over the ball, believing someone was coming in behind him. 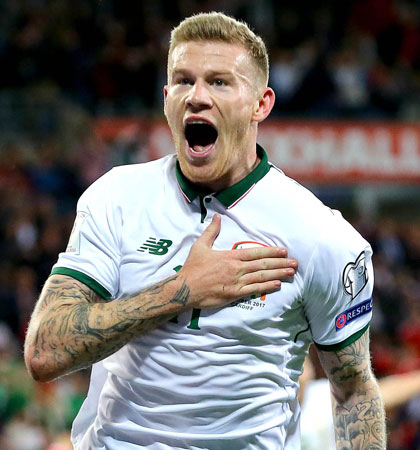 James McClean's goal secured the win over Wales that sealed second spot in the group and a World Cup play-off (Image: inpho.ie)

"That someone was James (McClean) who buried it with his right foot. That’s trust.

“All this comes from the manager. He gives players belief, hands them responsibility.

"Naming the team late, some boys might know they’re playing, some might not, has the effect of building up the trust, because guys know that if their name is on that sheet then they know that he has total faith in them to be ready and to do know what he wants from them.

“There’s tactics, too, don’t get me wrong. The whole background staff are a team in themselves.

"Stevie Walford and Stevie Guppy came up with that long throw plan last week for Daryl Murphy’s opening goal against Moldova. We work hard on things like that.

"And then there’s Roy (Keane). I played with him. I know the player he was. So when he talks, people listen.

"He has that effect on players because they all remember the player he was. He’s an inspiration to us.”

If Keane and O’Neill inspire from above, O’Shea leads from below.

He’s 36 now, an international centurion, veteran of 620 games at club level and winner of 11 major trophies.

Until O’Neill came along, he’d never been known what it was like to be dropped by an Ireland manager, yet even though he could easily walk away from this scene, and know no one would think any less of him doing so, he continues to stick around.

For all he’s achieved in his career, he’s never been to a World Cup, arriving too late to make it onto the plane for Japan and Korea.

Now, at the other end of his career, he is desperate not to miss out again.

“When the manager called me after the Euros, we spoke about the World Cup ambition," said O'Shea.

"That’s there, still for all of us, for those who play and for guys like myself who play our part, who know we have to be ready in case we’re called upon. Everyone is in this together.”

Togetherness is all well and good but the further you advance at this level, the relevance of quality becomes increasingly apparent.

And for all Ireland’s admirable traits, their never-say-die attitude and one-for-all, all-for-one mentality, it’s easy to argue that an absence of ego stems from a shortage of quality.

But Bellamy is convinced that because of O’Neill’s guidance, the sum exceeds the parts.

“I can’t tell you why he does well, but it’s just something about the guy, he’s just an incredible, incredible man,” the former Newcastle, Norwich and Blackburn striker said.

“You knew where you stood with him. If you played well for him, the confidence he’d give you, the way he could make you feel, you’d just want to run even more for him afterwards.

“If you didn’t, he was brilliant at being able to tell you and the way he could go for you after the game was more than anyone else. But there was no rocket science.”

There doesn’t need to be. Whatever formula he uses is clearly effective.