IRELAND rounded off a successful Autumn Nations Series by hammering Argentina 53-7 in an ultimately one-sided affair at the Aviva Stadium.

The win secures a clean sweep in the series after the 60-5 rout of Japan two weeks ago and last weekend's monumental 29-20 win over the All Blacks.

It was also an eighth consecutive win for Andy Farrell's side, with February's two defeats in the opening rounds of the Six Nations now feeling like a distant memory. 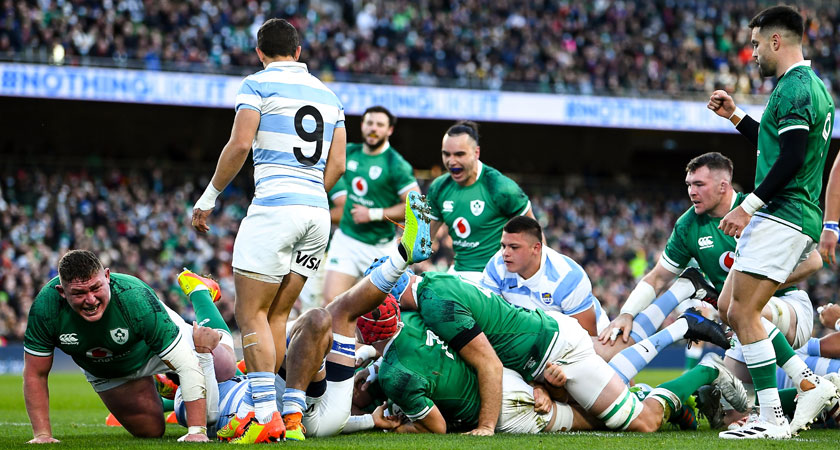 However it was Argentina who drew first blood with a try after just three minutes from Mateo Carreras that was converted by Emiliano Boffelli.

That was as good as it got for the Pumas, however, with first-half tries from Josh Van der Flier, Andrew Porter and Caelan Doris helping Ireland to a 24-7 half-time lead.

Van der Flier opened the scoring after the break with his second, before Dan Sheehan, Cian Healy and Tadhg Beirne also went over. 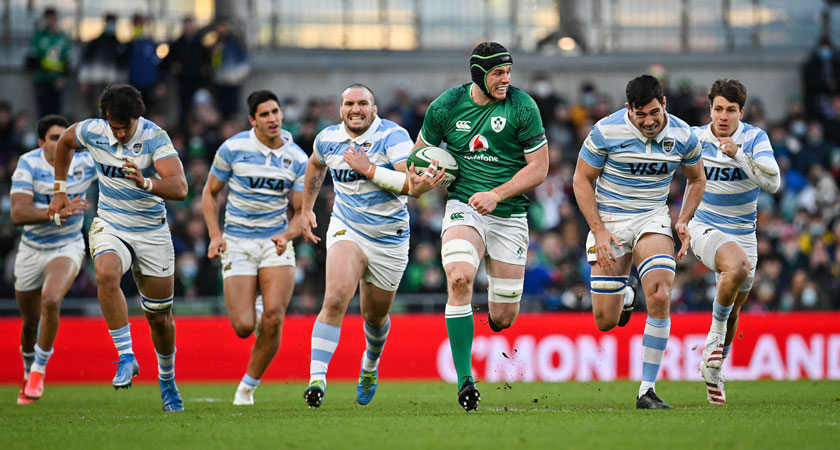 Man-of-the-match Joey Carbery added the extras on all but the latter's try, also scoring two penalties as he kicked 18 points in total.

The visitors did have their chances in the first half, a knock-on denying Carreras a second try when he looked certain to go over.

And with Boffelli sending two penalties wide before the break, it could be argued that the 17-point lead at half time flattered the hosts. 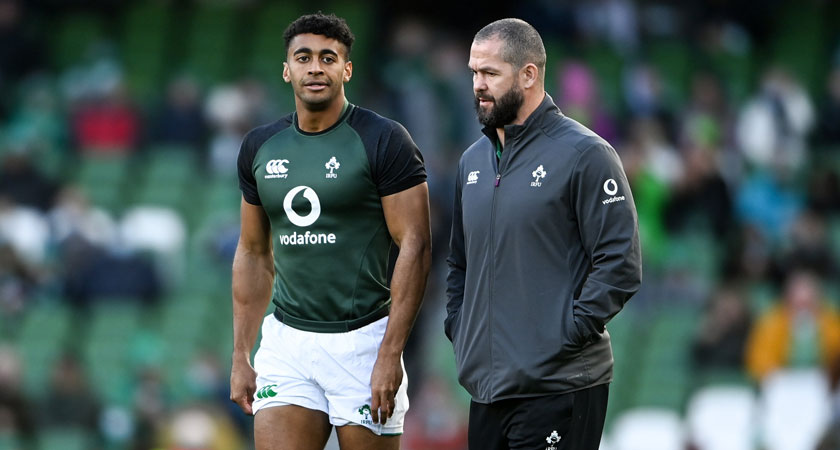 When Tomas Lavanini was shown a deserved red for a late clear-out on Healy shortly after, it was damage limitation time for the visitors.

Ireland had been forced into late changes following injuries to Iain Henderson and Jack Conan in the build-up, however Farrell said they were prepared for such eventualities.

"That's how we train, we make sure that we're all across our work," he told Channel 4 Sport.

"Anyone who comes into the hotel with us on Friday or Saturday, they've got to be ready to play and there certainly was that."

Farrell added that the 100 per cent record in the Autumn Nations Series was great preparation for the Six Nations, which begins in February.

"They've been exceptional teammates over the course of four weeks," he said.

"They had to get up to speed pretty quick and we take the lessons from that and hopefully hit the ground running in the Six Nations."