Ireland v Portugal: where to see, when it's on and everything explained

Faro , Portugal - 1 September 2021; Republic of Ireland manager Stephen Kenny, left, stands with his backroom staff for the national anthem before the FIFA World Cup 2022 qualifying group A match between Portugal and Republic of Ireland at Estádio Algarve in Faro, Portugal. (Photo By Stephen McCarthy/Sportsfile via Getty Images)

IRELAND PLAY Portugal tonight in a sold out Aviva Stadium, where Ronaldo will try to emulate his exploits a few weeks back.

Here’s all you need to know about Thursday's showdown.

Sky Sports slogan for the Ireland v Portugal match is, ‘Can the Republic of Ireland restore pride?’

Feck off with that nonsense

We’ve lost once in 8 matches

We’ve scored 15 goals in those 8 matches

We are very proud of our team

The game will kick off in the Aviva Stadium at 7.45pm

RTE2 will show the game (coverage starts at 7pm), Sky Sports will also show it.

Independent.ie will also be covering the match in our live blog.

Can you still get tickets?

Goalscoring hero Callum Robinson is 14/1 to outscore Cristiano Ronaldo, who's he, in the game. 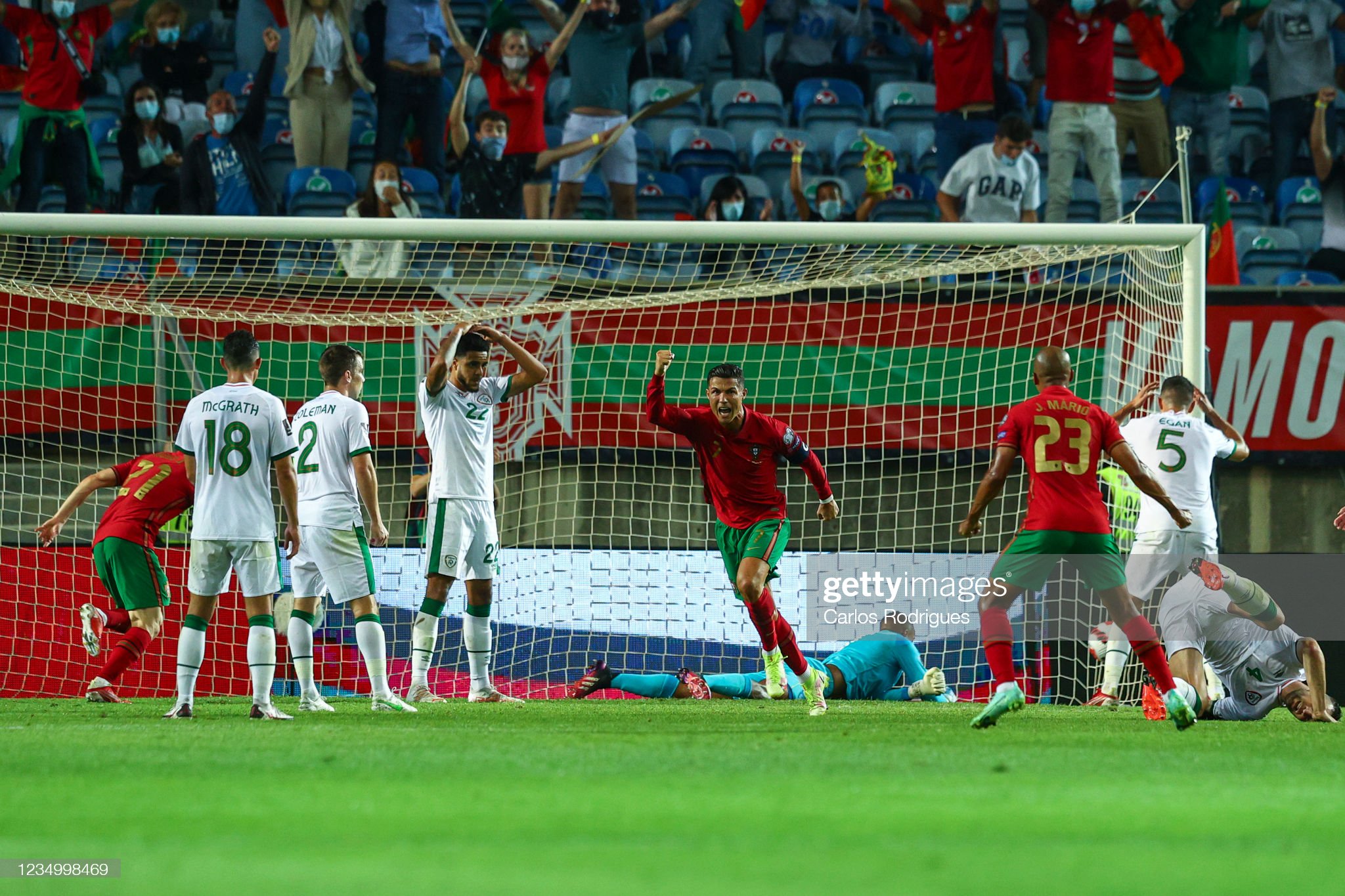 Realistically, can we win ?

Ireland played very well against Portugal in Faro a month or two back. Ronaldo missed a penalty after a save from Gavin Bazunu, John Egan put us ahead, but in typical fashion Ronaldo broke our hearts with two late custom headers. If we play freely maybe, but Portugal aren't Qatar and will be a sterner test.

Stephen Kenny might have a few aces up his sleeve, you never know.

Portugal have a joke of a team in terms of quality with Ronaldo, Bruno Fernandes, Ruben Dias, Joao Cancelo, Diogo Jota, and the likes of Joao Felix, but Ireland have faced tougher opposition before, you never know, here's hoping

Is this game important ?

The Boys in Green are seeking to extend their good run of form after two wins against Qatar and Azerbaijan, we can't qualify for the World Cup though, so no in the grand scheme of things.

Portugal, on the other hand, badly needed a victory at the Aviva to jump over Serbia and back into first place in Group A. Victory for the visitors will give them a two-point lead at the top of the table.

Jayson Molumby has been ruled out. Andrew Omobamidele is doubtful for tomorrow's match as everyone else trained at the Aviva Stadium last night. Portugal's Bernardo Silva won't feature 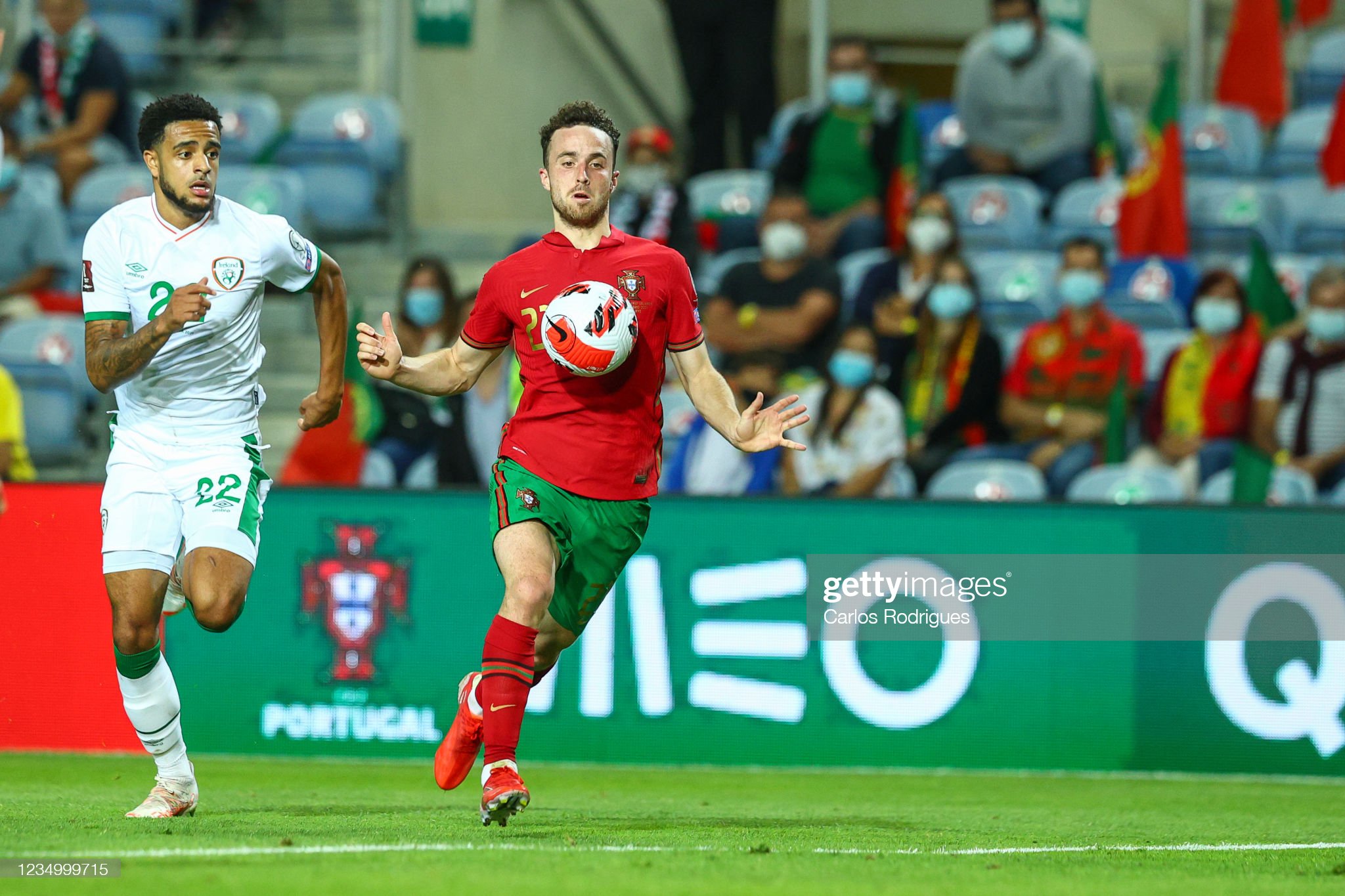 The referee is Jesús Gil Manzano, his two assistants are Iñigo and Ángel Nevado. The fourth official is Ricardo de Burgos. The Video Assistant Referee is Alejandro Hernández, and he will be assisted by Guillermo Cuadra Fernández.

The day has finally arrived 😍