A BUSINESSMAN credited with revolutionising Ireland’s greyhound industry remains confident that his bid to save the last remaining dog track in London will be successful.

Paschal Taggart, former CEO of the Irish Greyhound Board, heads a consortium bidding for a multi-million pound takeover of the site in Plough Lane in Wimbledon.

Speaking to The Irish Post, Taggart said that many members of the Irish community around south London, and further afield, would be affected if alternative plans by the football club AFC Wimbledon to move back to the club’s former home were granted by Merton Council.

“A lot of Irish go there; and have gone there over the years,” Taggart said of the Wimbledon venue, which has hosted greyhound racing since 1928 and the British derby since 1985.

“I go to the dogs and one in every three there will be Irish. They love their dogs, the Irish,” he added.

Taggart’s ambitions plans for a £30 million redevelopment project include a four-tier, 4,500-capacity greyhound stadium, a squash club with seven courts, apartments, a dance studio and a gym.

The businessman recently revealed that he plans to bring 12-race cards every Thursday, Friday and Saturday evenings, as well as a Sunday brunch meet.

Speaking about the current dog racing at Plough Lane, Taggart said: “Wimbledon’s the number one track in Britain, [but] it’s on the verge of extinction.

“I think there’s a future for greyhound racing. It can [potentially] generate new spectators by the thousands. And it’s because you’ve got a complete and utter dump in Wimbledon that no one’s going there; or very few are.” 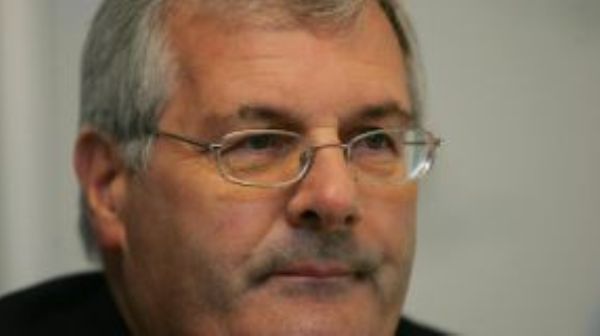 Taggart had strong words for the site’s existing co-owners — Galliard Homes and Risk Capital — who he said “had no interest” in greyhounds and were simply trying to maximise the price of the site.

“Whereas, I want to buy it and build a Royal Ascot for greyhound racing,” added Taggart.

Last month, AFC Wimbledon announced proposals for redevelopment of the site, including building a stadium which would hold 12,000 fans and cost around £100m in a project reported to take “around 10 years” to complete.

When asked to respond to Wimbledon football supporters who want the club they support to return to its home borough of Merton for the first time since 1991, Taggart said: “It wasn’t the greyhound people that sold Plough Lane and built apartments there.

“Quite simply, the council of the day allowed the planning [permission] and they sold them down the drain, so it’s not the responsibility of the greyhound community to give up their track to facilitate football.”

When contacted by The Irish Post, AFC Wimbledon CEO Erik Samuelson said that given the community club’s owners are the fans it would not be appropriate to comment on the club’s future plans without consulting them first.

A meeting to be held by Merton Council on September 11 is expected to be the next step regarding discussions on the future of the Plough Lane site - which has for years also hosted stock car and banger racing events.

Taggart said he believed that the Council are keen to bring the football club back to Plough Lane.

“Merton Council have looked at proposals for it — they’re looking for enhanced sporting activity. There’s no doubt they would like a football club back there. I don’t think they’re gonna get it,” he added.

What do you think?

Almost 6,000 greyhounds killed in Ireland every year 'for being too slow', RTÉ documentary reveals