TRIBUTES HAVE poured in from the world of racing family after news broke that popular Irish jockey John Thomas McNamara passed away at the age of 41.

The father of three was once a leading amateur jockeys before a serious injury at the Cheltenham Festival in 2013.

The accident left McNamara paralyzed after fracturing two vertebrae in his neck when he was thrown from his horse Galaxy Rock.

The senior medical officer for the Irish Turf Club, Adrian McGoldrick, confirmed the news of McNamara's death this morning in a statement.

He said: "I've just spoken to his wife Caroline and I can confirm JT passed away peacefully during the night."

McNamara teamed up with JP McManus on many occasions, especially during big amateur events at big festivals.

In total McNamara rode 600 winners in his career. 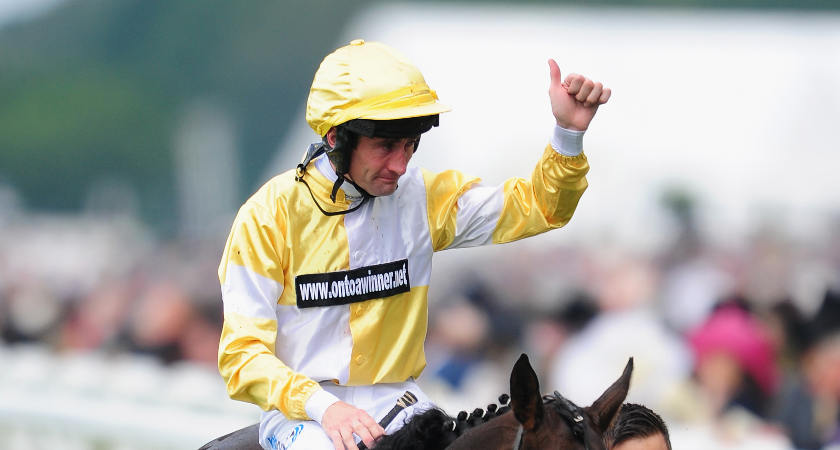 Costello said:"He was a really good all round horse man. You would see him ride year in year out against professional riders so you wouldn't think he was amateur.

"He was an all round nice guy, really good with the young lads. Everyone admired him because of the rider he was."

Fans and colleagues alike took to social media in the aftermath of the news to express their sadness.

Desperately sad to hear news of JT McNamara's death. This ride on Rith Dubh in 2002 was just genius. https://t.co/hGfdn9kGsL

Listening to AP McCoy talking so movingly about JT McNamara on @bbc5live. Thinking of his wife Caroline and their three children

Incredibly sad to hear of the passing of JT McNamara. Thoughts are with his family and friends. https://t.co/QZw0QWAPWM

We're devastated at Jackdaws to hear of the passing of JT, the greatest horseman I've ever known. Our thoughts are with Caroline and family.