AFTER waiting nearly 17 months, this week James Sugrue will finally fulfil a dream of playing at the Masters.

The 23-year-old golfer from Mallow, Co. Cork, qualified for the 2020 Masters, originally scheduled for April, after impressively winning the British Amateur Championship at Portmarnock in June 2019.

However, due to Covid-19, Sugrue has had to wait an extra seven months to play in what many regard as golf’s showpiece event.

The time between last Christmas, when he received the coveted letter of invitation from Augusta National Golf Club, and this week’s tournament has seemed like an eternity.

But after so much anticipation, the time has now come for him to step onto Augusta’s illustrious fairways.

“Just to be able to play in the Masters is unbelievable,” said Sugrue, in an exclusive interview with The Irish Post.

“I can’t wait. People who don’t have much interest in golf, tune into the Masters. It’s always been a dream to play at Augusta. I just want to see the course. See it for my own eyes.”

He added: “This year has been a pure disaster due to Covid. I suppose it’s OK for me because I was still able to play in tournaments.

"But I feel for my parents who won’t be able to see me play at Augusta as they’ve been looking forward to it for a long time. 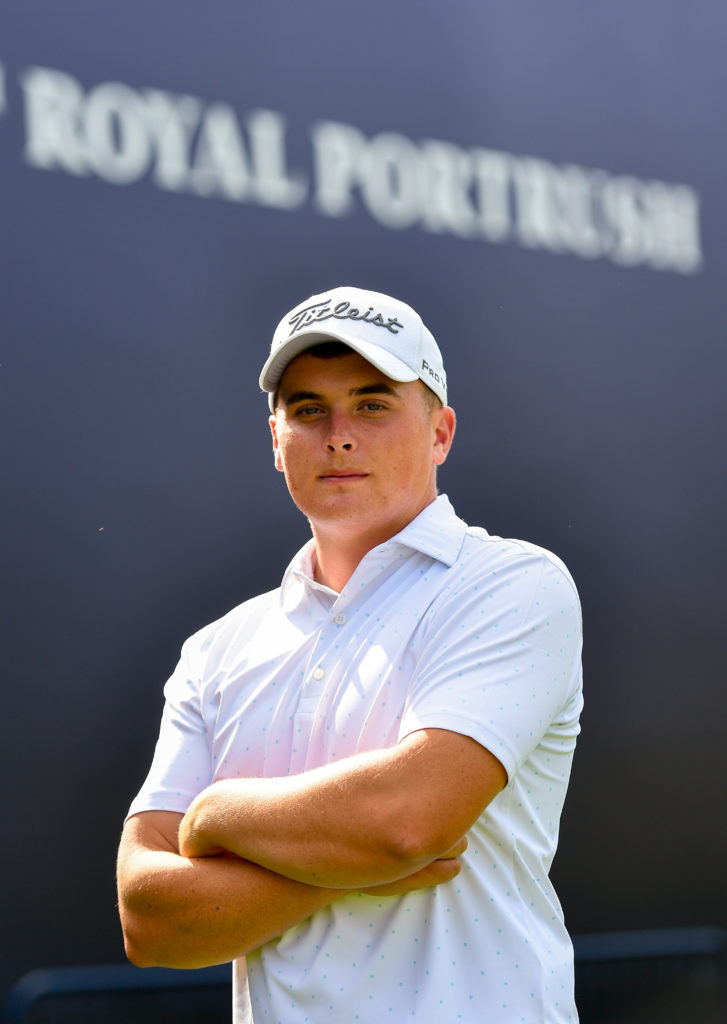 Sugrue is excited to get to the competition this week

It’s hard not to feel for Sugrue that his family will not be able to see him play at the Masters in person.

For it is them who have helped him get to where he is today.

As a youngster, Sugrue’s uncle regularly brought him up to the local driving range in Mallow to give him his first taste of golf.

While dad and his mother, Margaret, who works for the Golfing Union of Ireland, have been particularly supportive, helping to organise everything from travel to media commitments, which has taken the pressure off and allowed Sugrue to get on with improving his game.

All will be watching intensely this week, along with the rest of Mallow you suspect.

Although still an amateur, after playing in the US Open and the Open already, and now the Masters, Sugrue is making a name for himself and is regularly being spotted where he works at his aunt's furniture shop.

“Everyone that comes in, recognises me,” he admits.

“I hear ‘oh you’re the golfer’ a lot now. But if people are annoying you in a positive way, I suppose you must be doing something right.”

After tasting success at amateur level, Sugrue will soon look to turn professional, hoping to emulate some of the achievements of his childhood hero, Tiger Woods.

But first he has some business to take care of this week as he makes his Masters debut.

“I rarely go into a tournament with goals,” he said, “that’s not me.”

“But I definitely want to be there on Sunday with the medal as leading amateur. That would be great.”

Live coverage of The Masters starts Thursday, November 12 at 12.30pm on Sky Sports.