Jamie McGrath: “Hopefully this will be the start and I won’t lose my place in the squad

Dublin , Ireland - 4 October 2021; Jamie McGrath during a Republic of Ireland press conference at the FAI National Training Centre in Abbotstown in Dublin. (Photo By Stephen McCarthy/Sportsfile via Getty Images)

JAMIE MCGRATH is the latest Irish player that has Ireland fans dreaming of better days. The St Mirren midfielders excellent performance against Qatar was one of many bright moments in the 4-0 win.

McGrath is a product of the League of Ireland system, like Gavan Bazunu, Seamus Coleman and many others, his football journey has been a remarkable story.

McGrath is from Meath, instead of going straight into football he combined studies with playing time at St Patrick's Athletic, before moving to Dundalk in 2018.

A debut away to minnows Andorra in June was the start of what was to come for Ireland and McGrath, he's gone to a different level since that evening in June

McGrath said he wasn't expecting the rise to happen so quickly

While he may have always been a future Irish international, even McGrath admits that his recent appearances in Stephen Kenny’s squad have come quicker than he anticipated.

“It has always been a long-term goal of mine, and I just have to keep working hard,” he said on his recent international performances. “I’m doing that at club level and seeing where that would take me.

“If you told me I would be here at the start of the year I would have laughed but I always had a determination to go as far as I can. It’s gone well so far this year and I will keep continuing and working hard.” 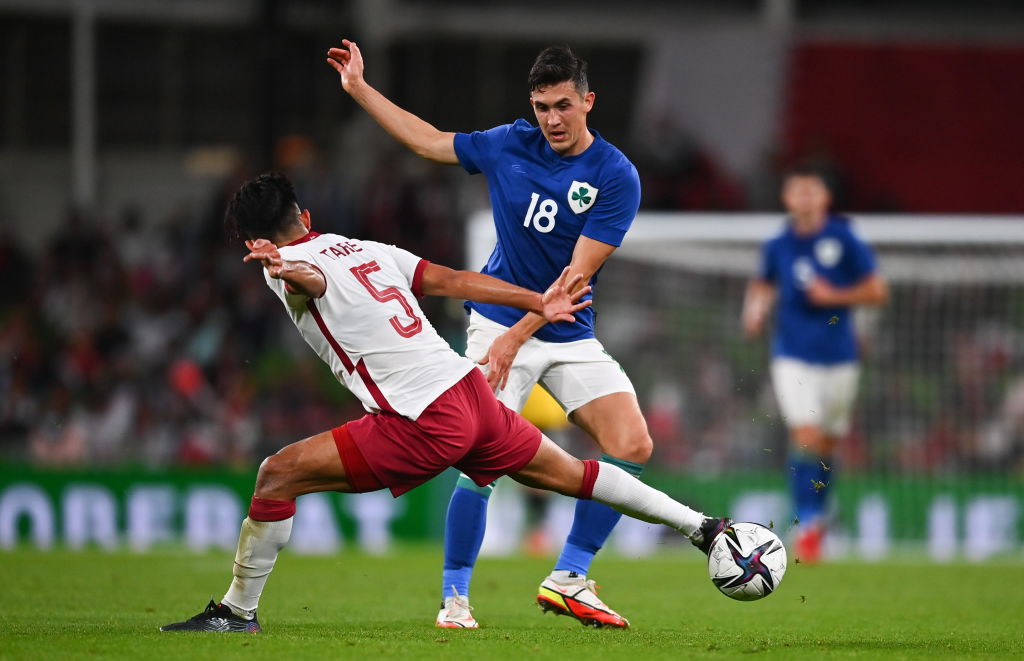 The best thing about Stephen Kenny's Ireland is the promotion of youth from every division, from Scotland, England, Ireland etc.

“It has been the talk for a number of years now, especially at League of Ireland level with players making the step up,” he said. “Jack Byrne has proved that and a few others have been quite unlucky

“I don’t think Stephen cares who you play for once you are doing well, he will give you a chance. It was a long-term dream, and I probably didn’t expect it to happen as quickly.

“I got the nod in the summer and I was over the moon with it. My aim was to then stay in the squad and lucky enough I did that. If you said that I would be here a year ago, I would have thought it was too soon but I was always determined to go as far as I can. Thankfully it has happened sooner than I expected, said McGrath.

"Brilliant feeling going into that dressing room. Everyone is on a high.

"We're going in and trying our hardest. The coaches have been unbelievable with us on the pitch."

His contract at St Mirren set to expire at the end of the season, but does admit that he is happy with his club side.

“I worked hard during the first lockdown last year and I came home for three months, and I worked my socks off tirelessly so it's nice to get the rewards,” he adds.

“Hopefully this will be the start and I won’t lose my place in the squad. Obviously you need a bit of luck with that with injuries but fingers crossed.

It proves that a few months in a player’s career can change it all really if you get a bit of form and luck. I would have played against him three years ago and it is great to share that journey with him. We get on very well together.

“I’m happy where I am. I have a year left on my contract and it’s not up until next summer so we’ll see what happens. I love it at St Mirren, they’re a great bunch and the gaffer is great. I can’t speak highly enough of it.”