CAPTAIN Jonathan Sexton is expected to feature in Ireland’s Six Nations clash with Italy on February 24.

The influential out-half had to depart the action early with a head injury against Scotland in Murrayfield last time out and there were initial fears he could miss a substantial chunk of the campaign.

But after coming through a Head Injury Assessment and training with the squad this week, Ireland’s defensive coach Andy Farrell has given him the green light to return. 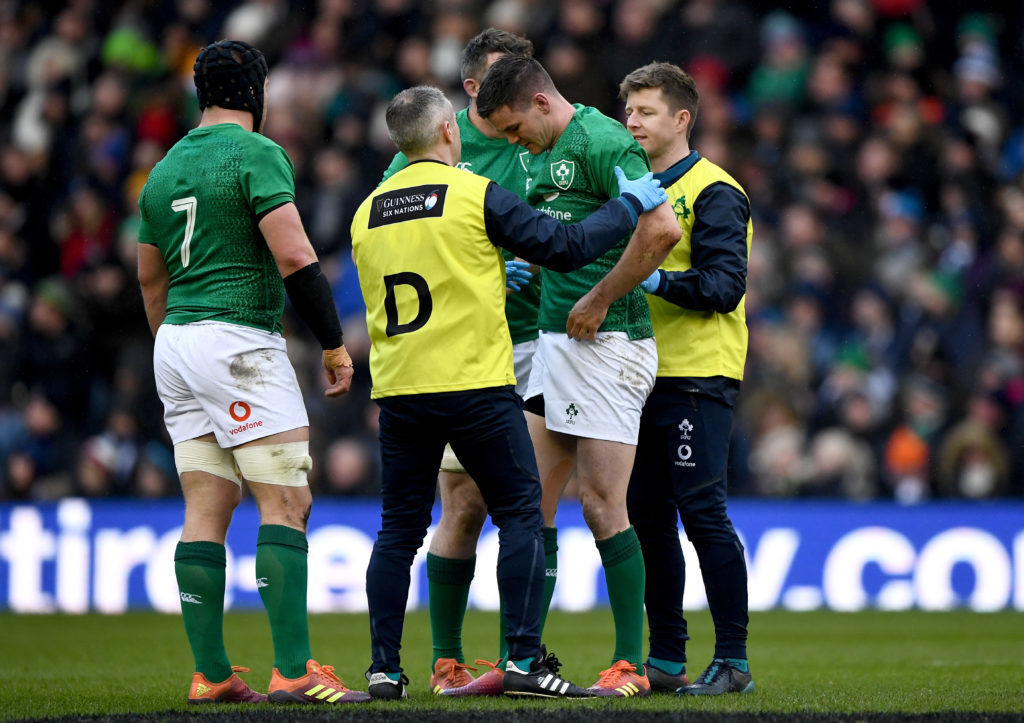 Jonthan Sexton of Ireland recieves medical treatment after sustaining an injury during the Guinness Six Nations match between Scotland and Ireland at Murrayfield on February 9, 2019 in Edinburgh, Scotland. (Photo by Stu Forster/Getty Images)

"He’s fine," Farrell told RTÉ. "He trained fully today and he will be ready to go.

"He’s had no symptoms at all and no complaints throughout the week. A session like that was pretty intense, it was a good hit-out and some contact within that as well, not too much, but enough and he would have been fine for this weekend."

Next weekend's match against the Azzurri may come too soon for Robbie Henshaw and Garry Ringrose, but Farrell is encouraged by their progress and they could still push for selection. 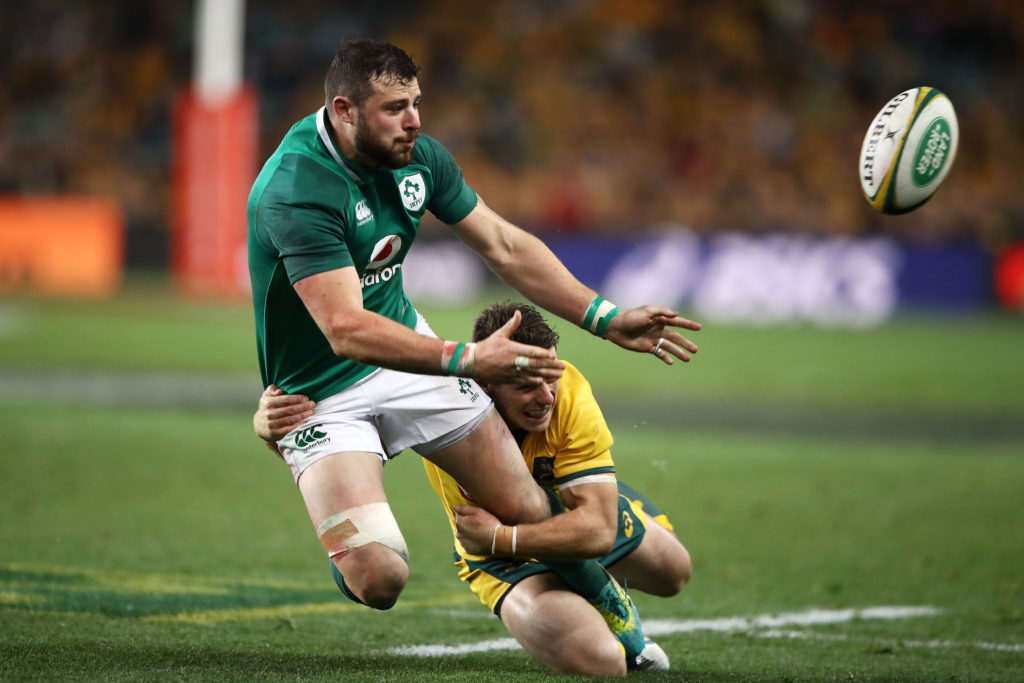 Robbie Henshaw of Ireland as he is tackled by Bernard Foley of the Wallabies during the Third International Test match between the Australian Wallabies and Ireland at Allianz Stadium in Sydney last year. (Photo by Mark Kolbe/Getty Images)

"Robbie Henshaw will be fit to train next week, Garry Ringrose we’ll assess how he’s going over the weekend and we’ll see where we are next week with him," he said.

"It’s great to be getting players back. It’s nice to get a boost throughout the Six Nations. Obviously when you start and you have a few injuries they can be a bit of a loss, but for fresh guys to come back in and in good spirits it will give everyone a boost."