TIRANA, ALBANIA - MAY 25: Jose Mourinho, Manager of AS Roma celebrates with his team at the full-time whistle during the UEFA Conference League final match between AS Roma and Feyenoord at Arena Kombetare on May 25, 2022 in Tirana, Albania. (Photo by Alex Pantling/Getty Images) 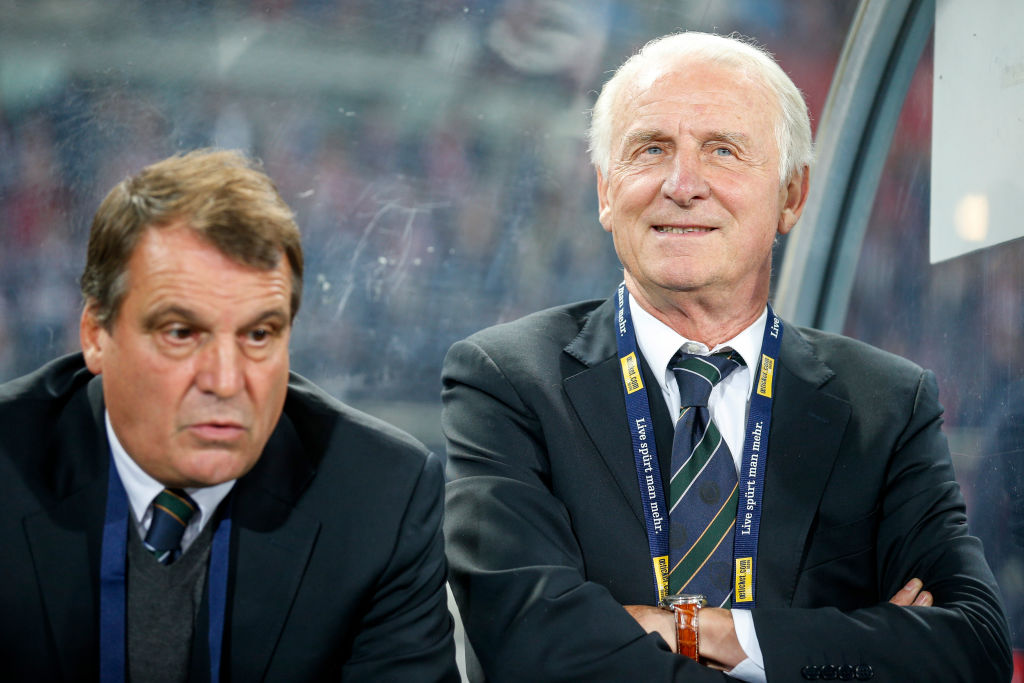 Trapattoni lifted the UEFA Cup Winners' Cup in 1984 and year later won the European Cup with the same side in Juventus boss back in 1985,

Yesterday Mourinho's Roma beat Dutch side Feyenoord 1-0 in the final thanks to a goal from Nicolo Zaniolo in the first half.

The 59-year-old has become the first manager to win the Champions League, Europa League, UEFA Super Cup and, now, the Conference League.

The Roma coach well known for his brash personality raised five fingers, while caught on camera after the game to remind people that it was five trophies on his CV.

Speaking after the game, he described the moment in his career as 'special'.

"The great thing about my career is that, aside from the Europa League with Manchester United, doing it with Porto, Inter and Roma is very, very, very special," Mourinho said.

It is one thing to win when everyone expects it, when you made the investments to win, but it's quite another to win when something feels immortal, that feels truly special.

"This remains in the history of Roma, but also mine. I was told only I, Sir Alex [Ferguson] and Giovanni Trapattoni won trophies in three different decades. It makes me feel a little old, but it's nice for my career."

Jose Mourinho reminding us all that he is a FIVE-time European champion.