IRISH CAPTAIN Katie McCabe has been fired for Arsenal this season and continued that impressive form as Arsenal won 3-0 in the win over HB Koge. The win leaves Arsenal within touching distance of reaching the Champions League knockout stages.

Goals from Caitlin Foord, Lotte Wubben-Moy and Vivianne Miedema were the difference for the north London club. 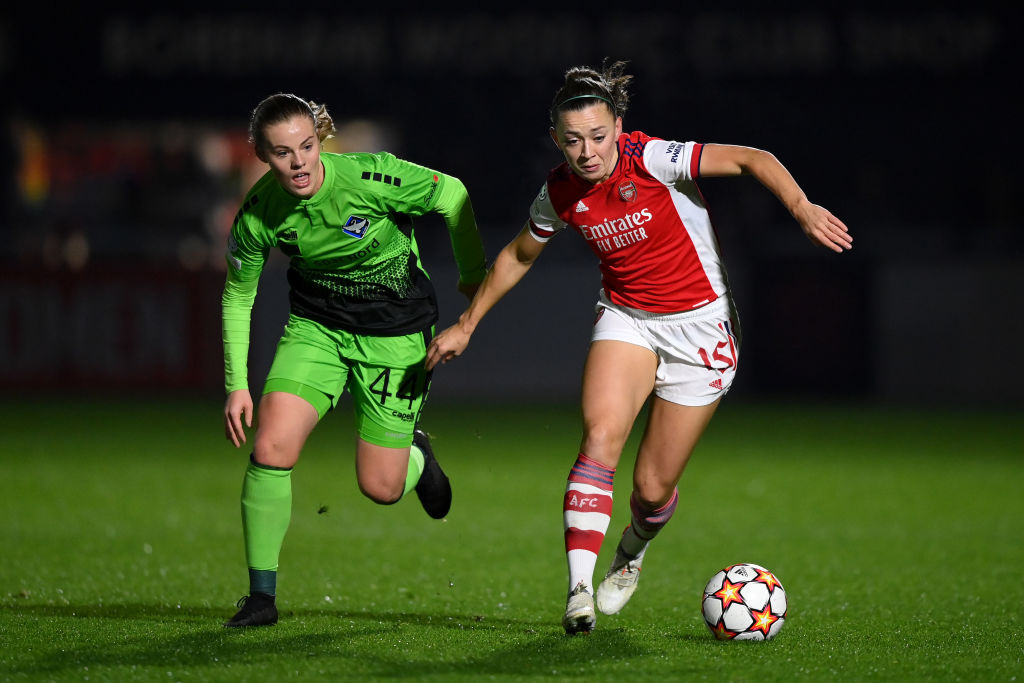 The win leaves the Gunners on nine points after four games, six ahead of German side Hoffenheim with two to play. Arsenal also have a vastly better goal difference.

Foord gave Arsenal the lead, when she arrived in the box and slotted home Beth Mead's cross.

Mead, who was the nearly turned the converter minutes later when her cool finish was chalked off for offside.

McCabe was replaced by Steph Catley in the 62nd minute.

The Ireland captain was part of a triple replacement by boss Jonas Eidevall, with Frida Manuum coming on for Jennifer Beattie and Miedema replacing Nikita Parris.

The Gunners scored twice in the last 10 minutes with sub Miedema killing the game before Wubben-Moy headed in the second in the 83rd minute when she powered home Mead's corner.

A triple change from @Eidevall...

Manager Jonas Eidevall spoke to Arseblog News about the win

"Today we grew into the game and we positioned ourselves a little bit more smartly as the game went on and it gave them fewer opportunities. But still, they created one good opportunity in the second half where Lydia has to make a good save. When you are only leading 1-0 you can’t relax, so it was really nice to score the second goal and make the job easier".