Having opened their campaign with victory against Naomh Padraig, Barnabas were looking to build on their opening weekend’s form ahead of crunch games against Roger Casements and John Mitchels.

Their first-half performance ensured that the result was never really in doubt, although credit to a McDermotts team who remained resilient up until the very end when they claimed two points including a superb strike over the bar by Emma Shaw.

Orlaith Donnelly sent Nottingham on their way with the game’s opening score before following up with an incisive pass to wing-forward Leah Fagan who looped the ball into the back of the McDermotts goal. 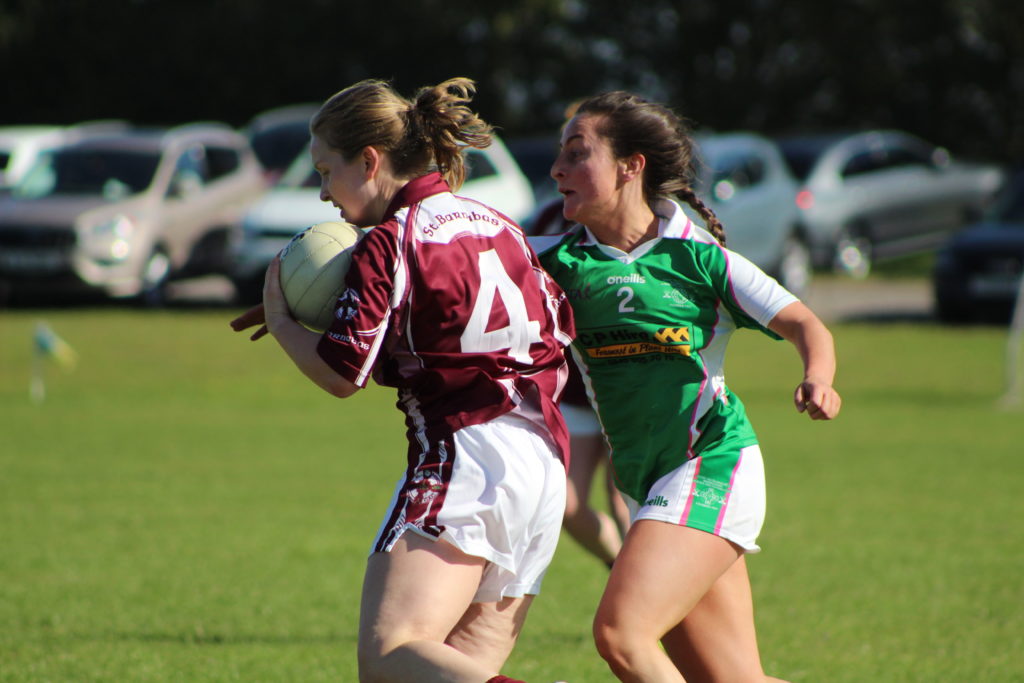 Maeve Keane could have twice bagged her side’s second goal of the half but for some superb last ditch blocking by McDermotts who themselves were producing some neat passing moves in the opening half hour but repeatedly found themselves unable to break Barnabas’ sweeping midfield line.

When Keane was fouled midway through the half, it gave Barnabas the chance to extend their lead from the penalty spot which Fagan did with a point chipped over the crossbar.

Another free converted by Fagan preceded a second goal for her side as Keane raced through the heart of the McDermotts defence to find the back of the net.

In a game played under clear blue skies, there was still time for Barnabas to register a final score through Donnelly before the change of ends. 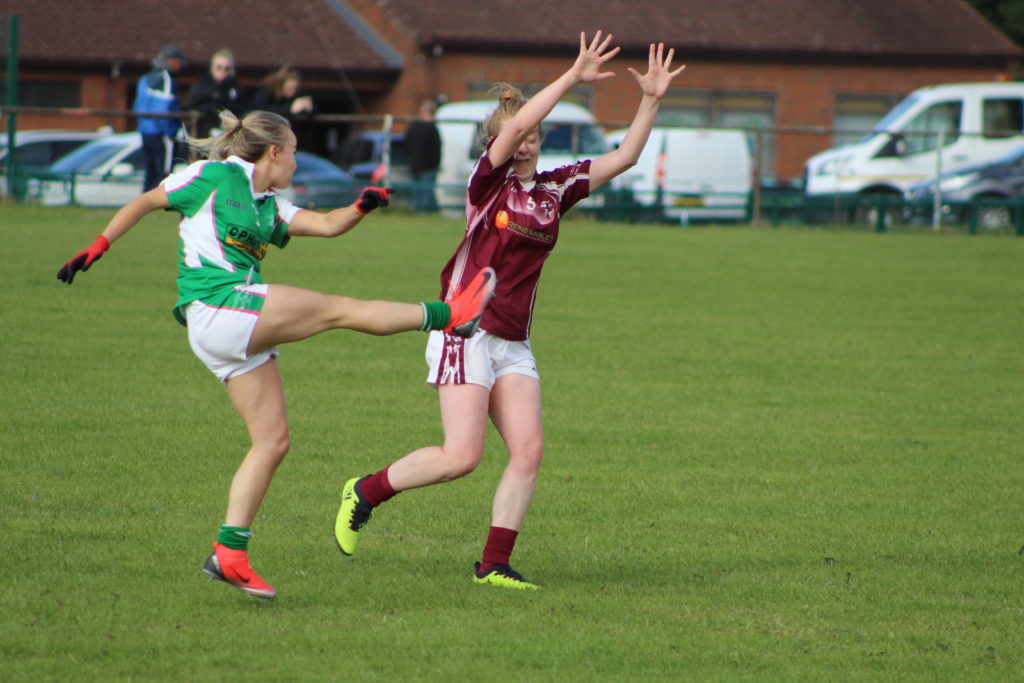 McDermotts attack in the first-half

With the tempo having gone out of the game in the remaining half hour of play there were limited scoring opportunities but there was opportunity for Keane to produce a mazy run that ended with a low shot nestling into the far corner of the McDermotts goal.

Their twenty-eight point victory over Erin go Bragh ensures that Nottingham are the first team into the final and they will await the result of this weekend’s final round robin game between EGB and St Finbarrs. 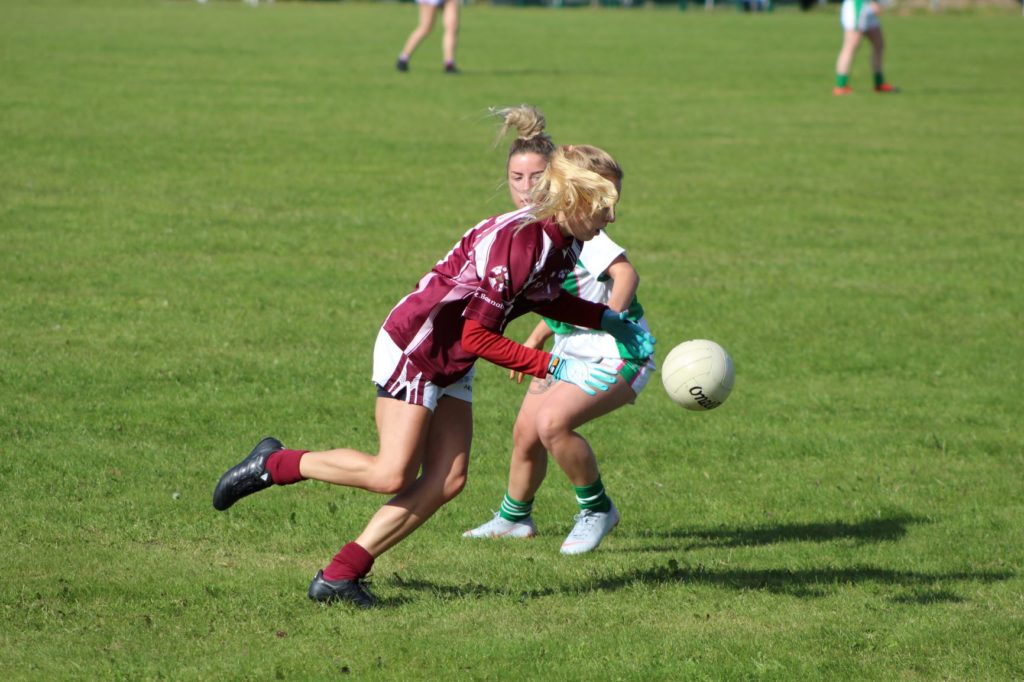 With a place in the quarter-finals of the Senior Football Championship on offer to the winners, the Intermediate Football League final will be contested this weekend between St Marys - who saw off St Josephs in their final group game on Sunday - and Naomh Padraig.

Leicester were assured of their place before they took to the field last Sunday where they defeated St Finbarrs in the final group game, Intermediate League ‘B’ also seeing Four Masters secure their second win of the season with a five-goal performance defeating Sons of Erin.

By: Anthony McLaughlin  -  4 months ago