IRISH BOXING SUPERSTAR Kellie Harrington has claimed that she will be getting married in three months time, however she claimed she isn't ready due to stress.

The Portland Row native posted on her Instagram account about the plans for the wedding, saying the big day is just around the corner.

"Wedding planning for a wedding that is 3 months away is definitely STRESSFUL... No venue, not a stitch of clothes, not knowing who to invite or where to bloody start", Kellie said 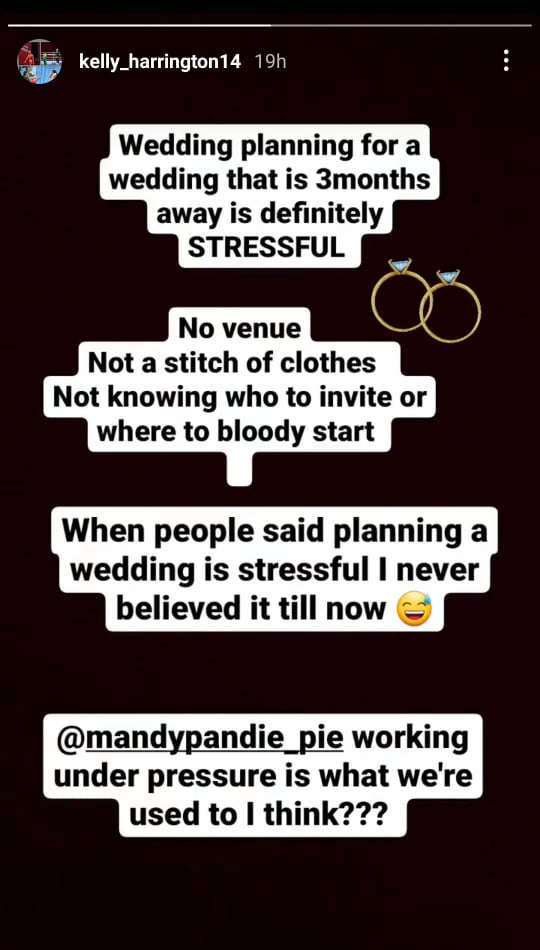 "When people said planning a wedding is stressful I never believed it till now... @mandypandie_pie working under pressure is what we're used to I think???"

Kellie previously shared the story of how she met partner Mandy in an interview with RTÉ.

The couple have been together for 13 years after meeting at a boxing club in Bray in 2009.

"We met 13 years ago in boxing when she used to have to trek over to Bray to train where I was training at the time. We met there and clicked and the rest is history. There was an initial [vibe that they wouldn't get along] the first time we met but after that we were grand."

Meanwhile, Mandy added, "I suppose it's just such a difference - a north inner city girl and a southside girl might just not get on straight away but opposites obviously attract and it was the best thing ever."