LIONEL MESSI has been officially unveiled as a Paris St Germain (PSG) player after completing one of the biggest and most shocking transfers in the history of football.

The 34-year-old flew to the French capital with his wife and children on Tuesday to sign on the dotted line as thousands of delirious PSG fans lined the streets outside the Parc Des Princes stadium.

It's understood that Messi has signed a two-year contract - with an option for a third - worth around £1m (€1.3m) a week.

Considered by many to be the greatest player in the history of the sport, the Argentine megastar has spent his entire career at Barcelona and was expected to retire there, but financial mismanagement has left the Spanish club on the edge of a monumental collapse.

In desperation, the club has tried to cut costs wherever it can, but the plan had always been to keep hold of Messi, however difficult that would be.

Messi even agreed to take cut his wages in half to stay on at the club, but in the end, financial restraints put in place by La Liga made a contract extension impossible.

And just like that, Messi was no longer a Barcelona player. The 'Atomic Flea', gone in a flash. How typical. 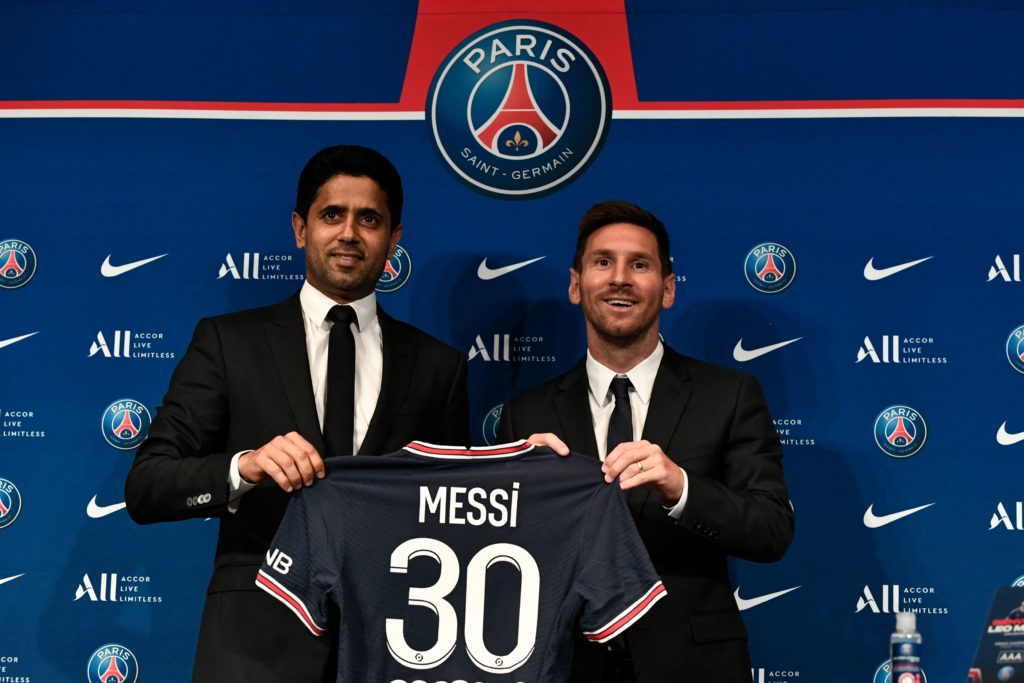 It's understood Messi went white as ghost when the reality of the situation dawned on him last week. Arguably the greatest club any player has ever had, ended in the least appropriate way possible.

Speaking during a press conference alongside PSG president Nasser Al-Khelafi this morning, Messi admitted he's had a "hard" and "emotional" week, but insisted he was happy with his "new life" in Paris and that he can't wait to get started.

Fans - not only of PSG - are now salivating at the prospect of quite possibly the most fearsome attacking trio ever assembled in football, with Messi set to lineup alongside Neymar and Kylian Mbappe in Mauricio Pochettino's ridiculously talented new-look side.

As Neymar already covets the treasured number 10 shirt at PSG, Messi will wear number the number 30 - a nod to the shirt number he wore during his debut season at Barcelona, some 17 years ago.