THE margin of defeat draws an instant comparison with London’s last game against Sligo.

But that simplistic analysis doesn’t truly do justice to a London performance full of attacking vim and vigour.

At various stages of the contest in Ruislip, Louth were visibly rattled; no more so than with 14 minutes to go. The lead they had steadily built up had been whittled down to a precarious four points. Make no mistake about it, the game was there for London and the Exiles scented blood.

Pete McGrath’s men had built that lead with as near a faultless display of kicking as you could wish to see (zero wides first half, two second half) to banish any lingering hangover they might have endured from a dismal league and Leinster campaign.

William Woods lead the way with 0-13 (including one missed penalty) but he was ably assisted by a Louth attack that seemed to possess laser-like precision from near or far. 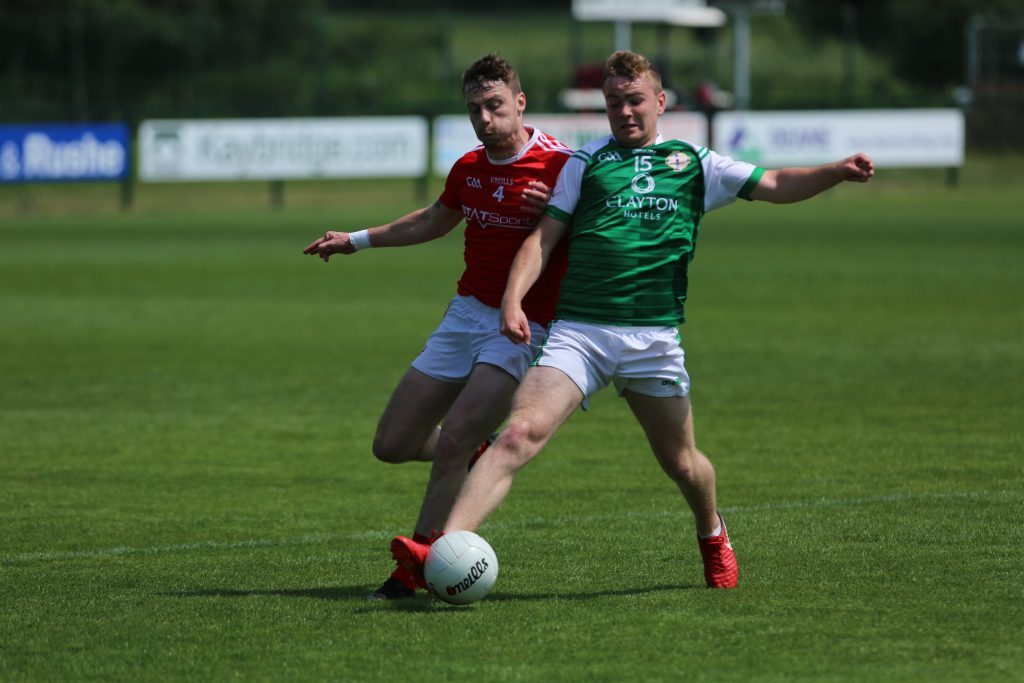 He had got the scoring underway as early as the first minute and the visitors were three up in the blink of an eye, before Adrian Moyles settled the nerves for the home side with a well taken free.

It was to get even better for London shortly after, when Ryan Elliott raced through after a sublime  team move to slot home and bring about parity, albeit briefly.

Other goal chances were available too in a frenetic first half.  Elliott had already had one chance chalked off for an infringement and Tom Walters went close.

But the Wee County struck a psychological blow just before half time when Ronan Holcroft rifled home from close range after a driving run from James Craven.

And when Conor Grimes got on the end of a long punt from Ciaran Downey to steer the ball past Gavin McEvoy early in the second half, the gig looked up for London. The gap was out to nine points at that stage and a comeback of any description looked unlikely. 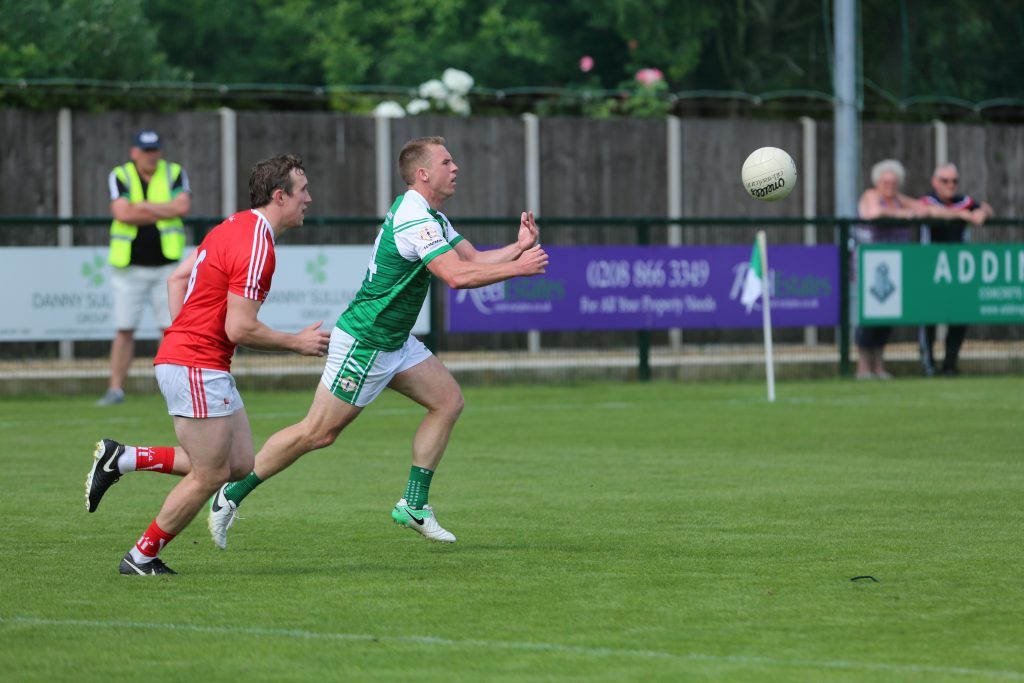 But Ciaran Deely’s men are resilient and dead-eye Moyles kept them in the contest with a succession of frees.

It looked set for a hectic finish when that deficit plummeted to four and London to their credit were going for it.

But as they attacked, a clinical Louth frontline were able to exploit the gaps to give the scoreline a final flourish out of kilter with the overall pattern of play.

“To score 1-19 in Championship football for London is obviously a really big tally to run up. To concede 2-25 – you are not really going to win a Championship game then,” said London manager Ciaran Deely after the game.

“It’s a pity and a shame because people will look at the result and say how much Louth beat London. But that doesn’t tell the full story.

“We felt at just four points behind, the momentum was with us. We were attacking. We probably coughed up the ball a few times which affected us.  But we had a lot of chances in the first half, a lot of goal chances.  And at this level, if you’re to get through games like this, you have to take them.”