Celtic coach Jim McGuinness (R) with u21 coach Tommy McIntyre (L) during the Super Cup NI under 21 final at Ballymena Showgrounds on July 23, 2016 in Ballymena. (Photo by Charles McQuillan/Getty Images)

Former Donegal manager Jim McGuinness has ruled himself of the running for the vacant Mayo manager’s job.

Stephen Rochford left the position on Monday after three years in the hotseat and the 2012 All-Ireland winner was immediately linked with the role.

But McGuinness -who worked at Celtic’s academy between 2012-17- said he has no intention of returning to Gaelic football at present.

“Not at the moment, definitely not,” he said speaking at Newstalk's All-Ireland preview at Croke Park.

“For myself, it’s been a long journey of development in another sport. It is a massive challenge, there’s no doubt about that. 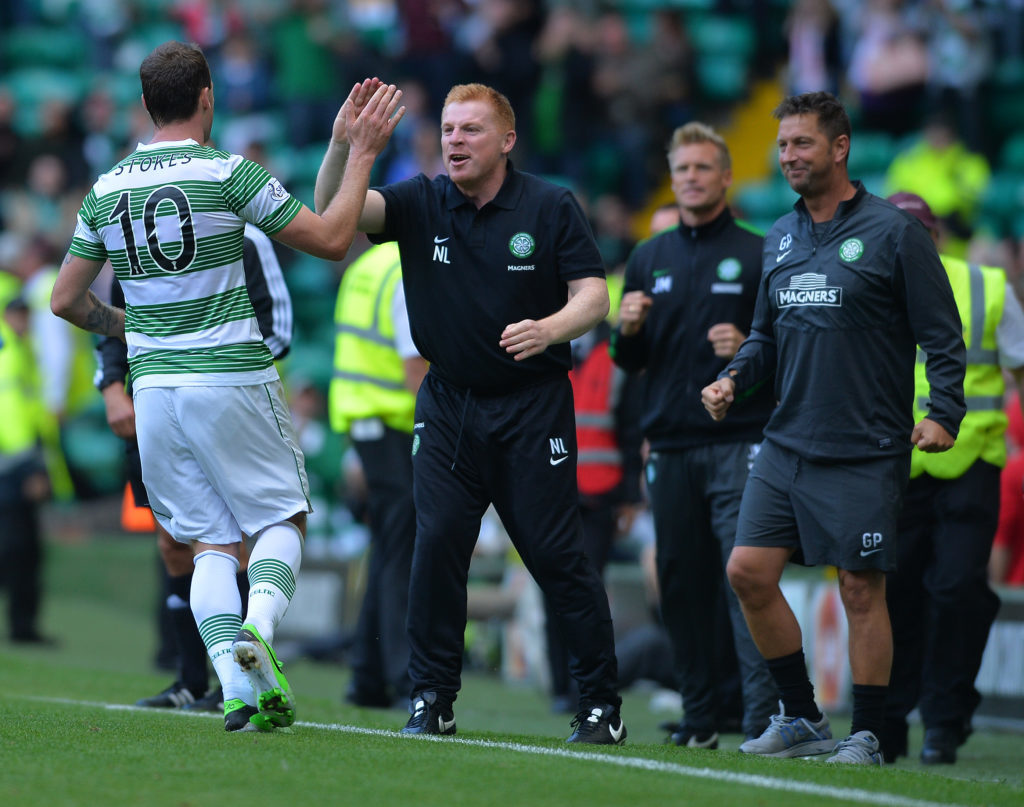 GLASGOW, SCOTLAND - Anthony Stokes of Celtic celebrates scoring his second goal of the day with manager Neil Lennon during the Scottish Premier League game between Celtic and Ross County at Celtic Park Stadium on August 03, 2013 in Glasgow, Scotland. (Photo by Mark Runnacles/Getty Images)

McGuinness was brought to Parkhead by former manager Neil Lennon -himself a former Armagh Minor star in the early 90s.  His five years with the Glasgow giants led to him landing the assistant managers role at Beijing Guoan in the Chinese Super League in 2017.

The Glenties native returned to Ireland for 'personal family reasons' earlier this year but has now set his sights on resuming his management career.

“I’m ready to take a managerial position (in soccer). The most important thing is not about getting a club, it’s about getting the right club," he said.