The team brought home 11 medals – four gold, four silver and three bronze – in what was an extremely successful event for the Irish.

“Thanks to all who turned out for the wonderful welcome and the gang in Dublin Airport for all the help,” Tweeted Paralympics Ireland following the reception.

Ireland finished 28th in the medal table; inside the top 30 spot targeted at the outset.

From Day Two onwards, there were medal celebrations for the team, with Jason Smyth securing the first Irish medal of the Games, winning gold in the T13 100m final to successfully defend his Paralympic title and complete an historic treble. 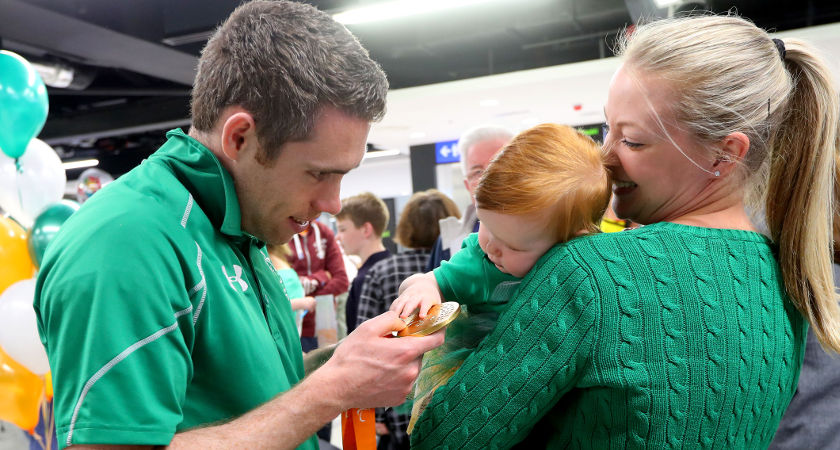 On the final Saturday of the Games, 16-year-old Noelle Lenihan (bronze) completed a rebel treble of discus medals along with her Cork team mates of Orla Barry (silver) and Niamh McCarthy (silver) to wrap things up in style for the Irish going into the final day.

Although the medals grab the headlines the success for this team runs deeper with many of the team achieving phenomenal lifetime best performance and coveted top ten finishes as they performed on the biggest of all sporting stages.

All of the hours, days, weeks, months and years of training culminated in eleven incredible days of performance, commitment and sheer determination and as the team made their way back to Dublin, there is no doubt they have done themselves and their country extremely proud.