On the biggest stage, against one of the biggest teams and possibly the world's best goalkeeper at the time, Robbie Keane's 91st minute equaliser against Germany at the 2002 World Cup sent Ireland's sea of green at the Kashima Soccer Stadium into raptures, and was forever sewn into the fabric of Irish sporting folklore.

Despite the fact that 19 years have passed since that memorable night in Japan, thinking about that memorable strike rippling the back of Oliver Khan's net still gives Keane the shivers.

"I still get goosebumps when I see that goal. One of the greatest feelings to score for your country at a World Cup," he admitted on Instagram last year.

Mick McCarthy's side had been drawn in a tough group alongside eventual finalists Germany, and Olympic champions Cameroon, who boasted a young Samuel Eto'o.

But theirs wasn't the only young superstar forward on display. 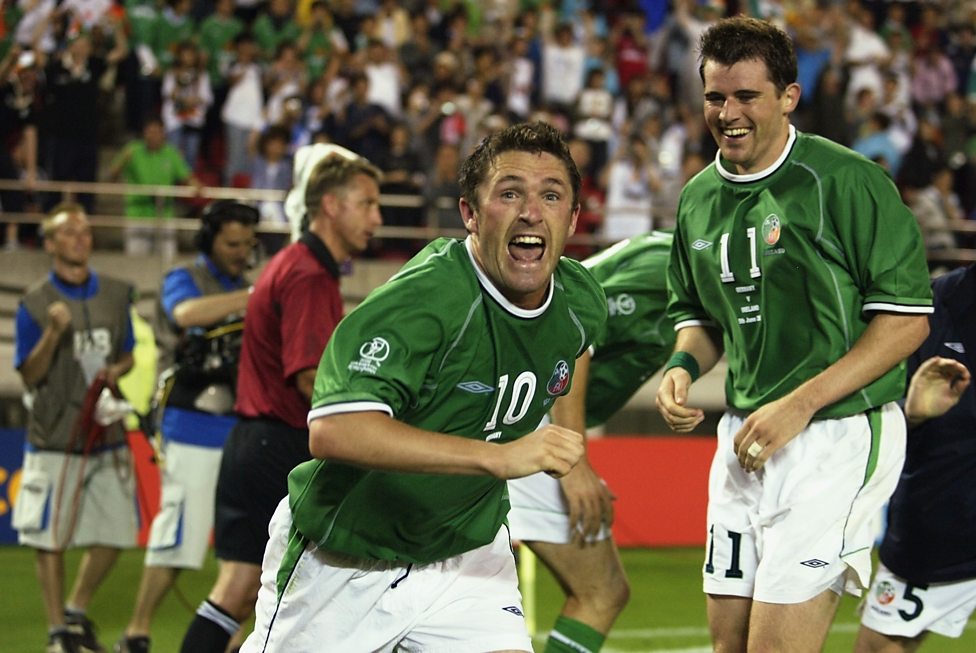 Robbie Keane wheels away in celebration after scoring against Germany during the 2002 World Cup finals (Credit: BBC)

Keane, who had just turned 21 and already had stints at Inter Milan, Coventry City, Wolverhampton Wanderers and Leeds United under his belt, had much of the weight of a nation on his shoulders, particularly after teammate Roy Keane's infamous pre-tournament exit.

Ireland needed a replacement hero. And boy did they get one.

After drawing their first fixture with Cameroon, a hiding from Germany would put them on the verge of an early exit.

Hopes of getting a result weren't especially high, but with a fresh crop of athletic go-getters in Shay Given, Damien Duff, Matt Holland and of course, Keane, there was always hope.

The humidity in Japan was palpable - something few Irishmen have experienced before. Miroslav Klose's first half strike put the German's on track for victory. But as the game wore on, the doggedness and abominable spirit of '88, '90 and '94 began to simmer underneath the feet of every green-jersey'd lad out there in the sweltering heat.

Refusing to offer the Germans any breathing space, Ireland began to galvanise. With 17 minutes to play, the brutish, towering Niall Quinn entered the fray, becoming a battering ram of sorts, to open just enough room for Robbie Keane to scurry into and squeeze something beyond the monstrous-looking man-sized mop that was Germany's man between the sticks. 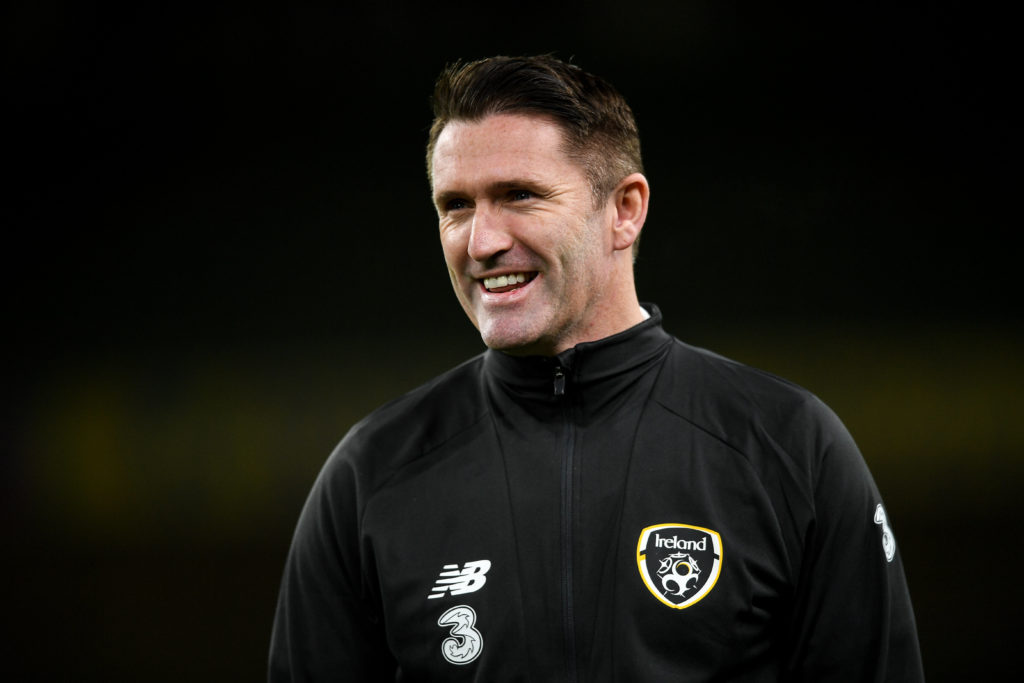 With seconds left on the clock, the ball was, you guessed it, launched towards the tree-like figure of Quinn, who nodded it into the path of Keane - his bonsai-in-crime - who chested it perfectly beyond two defenders and drove the ball high above Khan's reach and into the back of the net.

How the little man had the wherewithal to remember his signature cartwheel-forward-roll celebration amidst all the flailing limbs and the explosive roar of the crowd will never be truly understood.

Ireland went on to beat Saudi Arabia 3-0 in their final group game before meeting Spain in the second-round.

Another last-gasp Robbie Keane equaliser pulled Ireland out of the depths once more, but a penalty-shootout, and an agonising miss from Matt Holland, ended their dream.

Despite this, Ireland proved that, when called upon, they could hang with the big boys.

Robbie Keane would go on to net 68 international goals and eventually captain his national side.

But it was that night in Japan that cemented his legacy alongside the likes of Packie Bonner, Ray Houghton and David O'Leary, as a man who reminded us all how friggin' brilliant it is to be - and win as - the eternal underdog.